Stunning audio quality for the price. Master Quality Audio is the way forward! 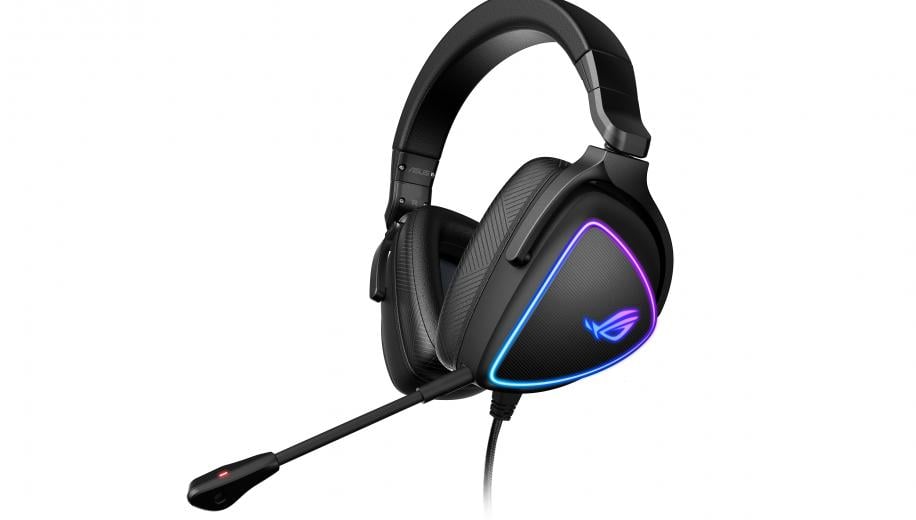 What is the ASUS ROG Delta S Gaming Headset?

We’ve reviewed a lot of headphones lately here at AVForums, but one that currently stands head and shoulders above the rest is the Audeze Mobius Gaming Headphones. Despite having to suffer them being wired, the audio quality was superb along with a ton of gaming features, but they were a wallet busting £400.

Coming in slightly more affordable at £189.99 is the ROG Delta RGB Quad-DAC gaming headset from behemoth ASUS. This is the world’s first MQA gaming headset and features an MQA renderer and hi-grade ESS 9281 Quad DAC.

With 50mm neodymium magnet drivers, some funky RGB lighting and virtual 7.1 surround sound these do sound very intriguing for the price. For those familiar with ASUS and especially the ROG range, they are usually well regarded, so read on to see how these fare in our review…

The Delta S are an all-black plastic design with some funky RGB lighting to the ear cups including an illuminated ROG logo. You may ask yourself what is the point of RGB lighting on a headset when you can’t see it, which is the question we have asked ourselves too. We can’t really answer that other than to say it looks nice and syncs with other ASUS products such as a motherboard to create a uniform effect. But for a headset as you can’t see it, it’s ultimately pretty pointless, but if you had the choice between two identical products, one with no RGB lighting and one with, we know what most would go for!

The headset itself features a memory foam style padding under the stainless steel core headband that offers a good range of adjustment to suit most head sizes. The earcups fold flat for storage and out of the box has two types of ear cushions, a fabric or vinyl faced option which may work best depending on how sweaty you are. Also included is a detachable mic and a 1m USB Type C to USB 2.0 extension cable. As these are a wired only set with no Bluetooth functionality, the extension cable is very handy to give that extra range and comfort if you aren’t immediately next to your PC.

Being wired only, the headphones themselves are not adorned with the usual array of buttons. With this set we simply have the light control switch which changes between soundwave, on and off, plus a volume control which, when pressed, acts as a mic mute. The mic when plugged in has an LED which will illuminate red when muted. They are suitably lightweight too, coming in at just 288g.

Unlike the wireless headphones we’ve reviewed recently, there is no pairing or any other setting up required, you simply plug them into your PC (or other devices) and away you go.

On the PC, the headphones require ASUS Armoury Crate software, which if you have an ASUS motherboard or graphics card you will likely have anyway. This software gives you very in-depth control of the sound and allows full customisation of the RGB lighting. If you have any other ASUS RGB devices, it will sync with these via the software using Aura Sync which gives a far wider range of lighting features than just the standard soundwave, on or off which would be available when using this on a console.

The Armoury Crate software allows for simple updating of the firmware, plus on the audio side you can alter almost anything. If you aren’t sure what an equalizer does, there are 8 main presets such as Gaming, Movie, Music, Communication and Flat, plus further gaming presets of RPG, Racing and FPS.  These will set all the options for you.

If you do fancy tweaking it yourself, there are several options including three sliders which are; a Bass Boost that adjusts low frequency harmonics for immersive game sounds; Compressor to maintain volume consistency based on a specified level, and Voice Clarity which increases speech recognition within movie and music playbacks. Basically, these are bass and treble in different guises.

Along with these basic sliders you also have full control of the equalizer, including various preset options or a manual option to mess about with the sound to your heart's content. There are 6 preset reverb options such as cave and stadium if you want to completely destroy what you are listening to plus the option to turn the virtual surround sound on or off. If you do change a few settings and find it’s all gone Pete Tong, there is a simple reset button to revert the settings back to stock. Lastly, you can change the audio between 16 and 24 bits and between 44.1kHz and 96kHz.

From a comfort point of view, these are an extremely comfortable set of headphones. The headband with the memory foam and the cushioned ear pads let the headphones sit so softly on your head it’s easy to forget you have them on at all. Even after a long gaming and music test session, we had no issues with sweaty ears and certainly didn’t feel like our head was stuck in a vice as with the Lindy set.

When playing music, thanks to the Hi-Fi grade ESS 9281 Quad DAC and when fed a MQA source such as Tidal (which you can verify as the MQA status lights up in the Armoury Crate software), the result is sublime. It’s difficult to put into words the difference between streaming a standard track from the likes of an Amazon Prime basic subscription compared to an MQA track. The level of detail is superb and, in several instances, you hear parts of the musical instrument being pressed or touched before the music is played. Once you hear an MQA track, you won’t want to go back! It may take some getting used to as you will hear detail that you often don’t realise is there and, if you aren’t much of an audiophile, it may even be detail that you find off-putting.

That’s not to say that with other sources the headphones perform badly as that isn’t the case. Testing with Amazon Music, YouTube, Podcasts and streaming video the audio quality was excellent. Whilst ASUS are keen to point out that these are not 100% Hi-Fi headphones as they were designed with gamers in mind due to the lightweight design, RGB lighting effects and noise cancelling mic, the music quality is so good for the price you could be mistaken that they were. If you aren’t 100% happy, you can tweak the equalizer and presets to find the perfect balance anyway.

For gaming, whilst we didn’t get that wow factor that we had when playing MQA music tracks, the audio was still particularly good. In a variety of games from Assassin's Creed: Valhalla, Battlefield 5, Watchdogs Legion and Cyberpunk 2077 testing with various presets (FPS does work best in FPS games, shockingly), the headset performed very well.

Take Battlefield 5 for example with the War Tapes setting, you hear everything from a quiet footstep to the roar of planes flying over, explosions and location of gunfire. It’s a cacophony of sound and is really immersive.  With Cyberpunk 2077 we had to play about with some settings as initially it was that detailed, it was too much. Thankfully, with the Armoury Crate software you can tweak it until you get it right for that game. It doesn’t have a per game profile unfortunately.

The microphone features AI noise cancellation and during testing it sounded very clear with no feedback or unwanted noises (brussels sprout protection).  The headset is Discord and Teamspeak certified.

For £190, the ASUS ROG Delta S RGB Quad-DAC Gaming Headset, apart from being a mouthful of a title, was a real surprise for us. We expected good things for £190 but didn’t expect the World’s First MQA gaming headset to perform as well as it did.

Thanks to the Hi-Fi grade ESS 9281 Quad-DAC, when playing back MQA audio it really needs to be heard to be believed. If you’ve not heard MQA level quality music before, the level of detail that comes through is stunning, almost too much and may take some getting used to.

The RGB lighting whilst a funky addition and can be synched with other ASUS PC components, is slightly redundant but the mic performance was excellent and the Armoury Crate PC software offers a very wide range of sound customisation from the equalizer, bass boost, reverb presets and more.

Gaming Headsets are unsurprisingly widely available with prices from brands you’ve never heard of starting at £20, right up to many hundreds of pounds such as the awesome £400 Audius Mobeze. But in the £200 price range the Asus ROG Delta S comes very highly recommended and you should most definitely consider this if you are what ASUS likes to call a Musical Gamer.