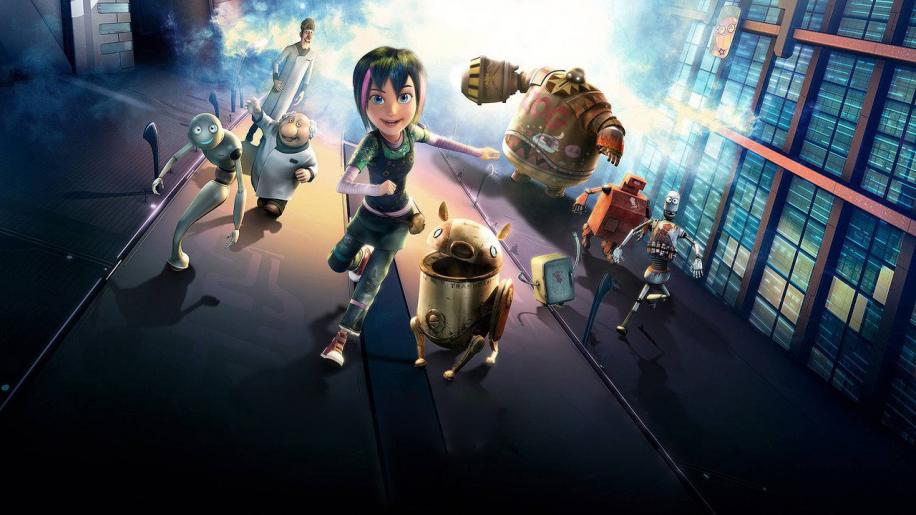 There have been numerous adaptations of eastern source material in recent years, from the like for like translation of J-horror titles such as Ringu and The Grudge, to the more fandom inspired nostalgia of the Wachowski's Speed Racer, the market is clearly rich for tapping. The latest in this line of Westernisations is Astro Boy, deviating only in appearance from others in this tradition given its computer generated nature. This adaptation is loosely based on the original Japanese manga (entitled Tetsuwan Atomu or “Mighty Atom” in English) by Osamu Tezuka, a man revered for his artistic style that is often considered to have been the template for most of the manga produced thereafter. It was first published way back in 1952 and gained even greater attention when it made the jump to the small screen and a television series began broadcasting in 1963.

At heart it is a classic take on the Pinnochio tale, only rather than a carpenter carving out the son he never had and him coming to life, here a scientist creates a robot identical to the son he has lost. In the original Japanese version things took a distinctly post World War II flavour given the power of the robot was atomic, and the age old question of utilising such powers for good or evil and their inherent potency (as perhaps best shown in the mass success of the Gojira series) taking an effect was key to the robot's inception and those he fought. Here, not only the Westernisation but also the modernisation has pushed the emphasis to more current concerns, but the question of the role that science plays in mankind's progress still remains.

Helming the project is David Bowers (no, not the fat one from Another Level), whose only previous such credit was as co-direct of the 2006 computer animated comedy Flushed Away. The man in charge may not be the most established, but the line up for the cast cannot be similarly dismissed, as Nicholas Cage, Donald Sutherland, Bill Nighy, Matt Lucas and Nathan Lane is just about as good as one might have hoped for, combining acting talent with comedic ability. Taking the lead role is Freddie Highmore, perhaps best known for his role as Charlie Bucket in Tim Burton's 2005 remake of Charlie and the Chocolate Factory as well as 2008's The Spiderwick Chronicles.

The story is fairly straightforward; I don't think I'm giving too much away in saying that the catalyst for the narrative is that of parental grief. Doctor Tenma (voiced by Nicholas Cage), is a brilliant scientist employed by the Ministry of Science, a department that is fairly self explanatory, within Metro City. Metro City is no ordinary place, as the brief history lesson tells us of the industrialisation and pollution that necessitated this mountainous region to take off from the ground and reside in the purified air of the clouds. It is a strange neo/alternate-future where humankind has become dependent on robots to perform all manner of menial duties and when they are no longer serviceable or needed they are thrown from the height of the airborne city and land below on the junk piles of the surface world to rot. Tenma has little time for his son Toby (Freddie Highmore), being instead constantly caught up in the latest developments and inventions coming out of his research. This is a classic set-up for any family oriented tale of discovery and adventure, and Astro Boy does little to deviate from the well worn template.

With the job of penning the script being taken on by Bowers and Timothy Harris, you'd be forgiven for perhaps doubting the snappiness of the script, particularly when Harris' credits vary from the sublime (Trading Places) to the ridiculous (Space Jam). I myself was all set-up awaiting interminable dialogue and a translation that missed all the joie de vivre and central themes of the original, but I don't mind admitting I was pleasantly surprised. There is little in the way of truly stellar comedy that may place it on a par with the likes of Toy Story as a multi-layered affair as enjoyable for all ages of the family, but there is certainly enough pep and originality to steer it well clear of being lumped in with the run-of-the-mill conveyor belt of computer animated features that have struggled to find a market in recent years.

The narrative takes on substance once we have seen the tragedy in the first act and a grief stricken Tenma creates the robotic doppelganger of his lost son, later to be known as Astro. Where Astro Boy excels is in the details of the world created and the character interplay - this is a fine mix of script, direction and the correct acting talent chosen for the task. Donald Sutherland's turn as the megalomaniacal President Stone, the main baddie if you will, proves to be infinitely enjoyable as he hams it up, creating the perfect voice for a wild eyed warmonger. This deliciously absurd Machiavellian act ably counterbalances the piece, not only proving great fun, but also helping add in some much needed levity as the story could easily have sagged into a more Bambi-esque portrayal of loss, as Tenma destroys himself with guilt and a misplaced drive to replace the irreplaceable. Stone pushes proceedings forward, with his insatiable lust for power and re-election making him erratic in his decisions. He favours military might, and when a new form of energy is found, consisting of blue stable matter and a corresponding red version that is possibly more potent but equally more instable, he chooses the latter to place into his war machine. Cue things going badly wrong, and a fight for the energy source which now presides within the body of Astro.

It is typical Sunday afternoon fare in many ways, and I was all prepared to be distinctly under whelmed, but the truth is I found it to be extremely good fun. Matt Lucas puts in a routinely fine performance as one of the misguided bumbling Robot Revolutionary Front, a group of three idiotic droids hoping to free the enslaved but with no method to their madness to back up this grand aim. The Americanisation might grate for some a little, but the artistic style has largely kept much of the charisma of the source material without being too blindingly obvious. What is usually a high pitched whine of an American teen that sends some running from an animated feature with a dubbed US cast, Highmore proves to be infinitely more acceptable. The one character that goes against this tempered ethos is that of the main female friend/teen love interest (call it what you will), Cara (voiced by Kristen Bell), who is just a little too hip in her clothes and snappy attitude to make her truly likeable, coming across more as a slightly annoying Hannah Montana tweenager pushed into the film by executives keen to hit a demographic.

I can forgive the little flaws because of the superb animation and attention to detail that makes the set-pieces whole hearted fun. Yes there are moments when the eco-political undertones of lamenting a throwaway society pervade a little but the script keeps things sharp. The attention to detail, such as a presidential slogan of “It's not time for change”, a falling soldier whose helmet display reads “Bodily fluid status: sudden release” or a weapons drone whose final words are merely a whimpered “I hate this job” that makes this one to watch rather than merely let wash over you in a tide of gloriously perfect CG mayhem. At 90 minutes long, it doesn't overstay its welcome and feels more like three thirty minute episodes, each detailing part of young Astro's journey from robotic creation to Metro City's saviour. There is more subtlety to the direction than expected, with some really nice touches regarding framing and gentle camera movement, and the action sequences rarely disappoint with humour and carnage intertwining as all cartoon fare should. It may not be the adaptation some wanted, and it won't knock Toy Story off its spot as the best example of a multi-layered film for all ages, but it is an entertaining ride with enough substance in all departments to make for an enjoyable experience.