The ‘chonky boi’ aesthetic reaches the world of portable audio 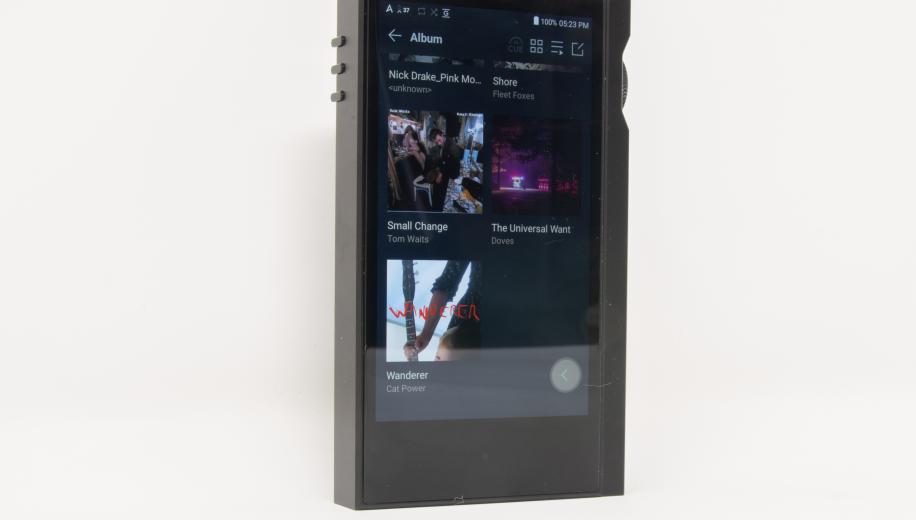 Introduction - what is the Kann Alpha?

The Astell & Kern Kann Alpha is a portable audio player and the second most affordable in the Astell&Kern range. It is designed to ‘solve’ a slightly different issue to that of the SE200 that we looked at last year, so as well as being a slightly reduced specification in some key areas, another aspect of the design is actually (on paper at least) superior.

The basic specs of the Kann Alpha are in keeping with what we have seen from A&K designs over the last few years but with some refinements to reflect developments in the market. A pair of ESS 9068 DACs are able to handle PCM to 384kHz and DSD 256. Bluetooth with aptX and LDAC support is also present. Unlike the SE200 which is fitted with two different DAC paths, the pair of ESS DACs are your only option in this case.

It might be the sole decoding option but this is made available to no less than three sockets on the top of the unit. The first is a 3.5mm connection; the default if you will. There is then a 2.5mm balanced socket, something we’ve seen on A&K designs over the years and something that many of its own range of earphones are fitted with. Then, because choice is everything, the Kann Alpha has a 4.4mm pentacon connector for the other balanced option doing the rounds. In short, it doesn’t really matter what you want to connect to the Kann Alpha (unless you’re an old school purist with your 6.5mm connector), the best option is there.

The internal memory of the Kann Alpha is a relatively restricted 64GB which - in a world where even mid market phones muster 128GB - feels a little parsimonious. There is a single micro SD card slot that will support cards up to 1TB in size which is a comprehensive library even if you’re exclusively running Hi-Res but does require you to spring for the card (although, these are at least sub £200 now). The interface of the Kann is the same as the rest of the family which means it’s an adapted Android platform. Tidal and Deezer are natively supported but you still can’t store content offline on these apps. You can apparently side load apps via APK but my attempts to put Qobuz on there from two different APK sites was a total failure.

The key specification detail of the Kann Alpha is the amplification. It can swing 12v RMS (or ‘a lot’ for people who don’t 'do' specs) which should allow it to handle almost any pair of headphones you can think of (more on that in a bit). Battery life is also reasonably impressive too at a claimed 14.5 hours (and charging is on USB-C so there’s no need to pack another charging cable for it). The caveat to this is that the Kann Alpha is a big lad. I’m not sure you can fat shame a portable audio player but I wear loose trousers with big pockets and it still isn’t going in. Furthermore, this is all depth rather than width or height so the screen is fairly small (and the pop up keyboard is annoyingly fiddly). It’s beautifully made though and even if it doesn’t look as spectacular as the SE200, it still looks and feels like a quality object.

The key specification detail of the Kann Alpha is the amplification. It can swing 12v RMS (or ‘a lot’ for people who don’t 'do' specs)

Key to the appeal of the Kann Alpha (or more bluntly, whether it will be worth it to you or not) is that amplifier. And, for the avoidance of doubt, this is an absurdly potent portable player. A fair bit of my listening has been carried out on the only device in the house that can test the 4.4mm socket, the T+A Solitaire P-SE headphone; a £3,000, planar magnetic masterpiece that represents a stiff challenge so some full size headphone amps. The Kann Alpha doesn’t just achieve a reasonable listening level, it sounds genuinely good while it does it. It hammers through Death from Above 1979’s Is 4 Lovers with a real feeling of authority and control. The balance with music like this is to sound wild enough to let the basic fury of the mix through but keeping the bass tight and avoiding any congestion and harshness at the top end. With the rather less ballistic Collide by Paris Jackson, it sounds utterly glorious.

Given that the A&K can handle the most demanding headphone I have to hand, you can surmise that testing with the Focal Celestee, Clear MG, Sennheiser IE300 and IE800S were effectively non events. The only caveat to this is that the less demanding devices don’t allow the Kann to show its party piece as effectively. In order to justify owning the Kann over something like a Dragonfly Cobalt or Chord Mojo connected to a phone, you really are going to want to have headphones or earphones that clock in near its asking price and that, ideally, can make use of one of those balanced connections - where it consistently ekes out an advantage over the standard 3.5mm connection.

For the avoidance of doubt, this is an absurdly potent portable player

All portable audio players in 2021 are niche devices but the Kann is in some regards a niche of a niche. It might be best to view this as a semi portable (by which, I mean unless you share a tailor with MC Hammer, be careful viewing this thing as pocket sized) self-contained headphone amplifier. If you need such a thing though, the Kann is seriously impressive. It has power delivery and sheer ability beyond almost any similarly sized rival while keeping the ‘hewn from unobtanium’ feel we’ve come to expect from Astell & Kern. The Kann is odd but brilliant and because it nails its singular design brief, it warrants Recommendation.