Rogue turns out to be more like Black Flag 2.0 rather than an entirely new experience 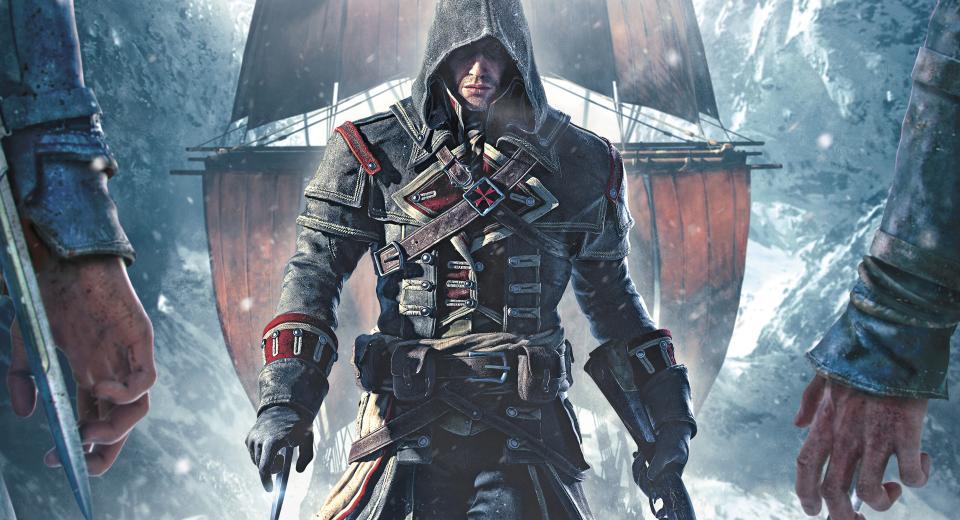 By providing plenty of extra content beyond what had been expected from previous Assassin’s Creed games, Ubisoft revitalised the staling series. You could embark on a journey to your next mission, but quickly become side-tracked by finding yourself in an intense naval battle or fort takeover. What it did was provide you with a playground for exploration within the Caribbean, with plenty of longevity to be found beyond the main campaign and story.
Whilst Unity - the next step into current gen exclusivity for the Creed franchise - abandons the naval setting, Rogue finds itself making waves on the last generation. It may seem like an odd choice to do so, but it gives owners of the 360 and PS3 impetus to keep hold of their older machines and continue what was an enjoyable story arc found in Black Flag. Rogue promises a radical overhaul of the Assassin's experience

Rogue takes place one year after the events of Black Flag, yet finds itself set in the North Atlantic which provides a variety of environments, in some instances making the city-based games look a tad bland. The new game world sees some nice switching of scenery between towns and the jungles, with blankets of snow giving the world a glistening finish. A new addition to the naval missions is also avoiding, and often destroying, icebergs as you sail between your quests.

As Shay Patrick Cormac, Rogue promises a radical overhaul of the Assassins experience in this outing. The youthful recruit finds himself learning the ropes within the Creed, but his constant questioning of their intentions and goals quickly annoys his mentors and those above him. It soon becomes clear that Shay isn’t destined to be moulded into an Assassin as once thought, turning his back on his mission and brotherhood. As once close friends become enemies, Shay finds himself left for dead before being rescued and taken to New York where he regroups with the help of local gangs and criminals. An entrusted Assassin becomes a deadly foe, more accurately, he becomes a Templar.

So with a completely new spin on the franchise, coupled with the entertaining naval aspect once more, Rogue has the potential to make a big stand on the old machines. From a technical and presentation perspective, Rogue looks very pretty despite running on dated technology. It is clearly a last gen game, with the extra layer of polish from the new machines we’ve become used to being absent, but proves there’s plenty of life in them before being completely abandoned. Sailing between destinations and leaping between trees whilst hunting down a target provide some decent viewpoints worth savouring, particularly those where it is snowing. Combat mostly reflects that which was present within last year’s outing, with parrying and dodging providing a window of opportunity with which to counter and kill enemies almost instantly. Hand-to-hand combat pays tribute to that seen in the Batman games, with combo and parry systems playing an integral part to being successful. Noteworthy additions to your arsenal are the air rifle which enables you to silently take down enemies from afar, alongside a grenade launcher with varying grenades to either distract or cause damage. In truth, Rogue is more like Black Flag 2.0 as opposed to carrying the baton and continuing on the path set out from last year. It’s not a very ambitious game which reduces its impact somewhat, and considering that this is the first game which allows you to kill fellow assassins, it harms the game greatly. Whilst more of the same isn’t necessarily a bad thing, Rogue doesn’t always deliver on a lot of what made Black Flag such a hit.

It suffers from what you could call sandbox syndrome; in that the world itself is beautiful to look at, but isn’t filled with enough content that is noteworthy or overly entertaining. It may seem harsh to say it, but the storyline fails to live up to its billing. Let’s face it, going against the grain and taking on the brotherhood should be an enticing and memorable proposition. At times though, you get the distinct feeling that Shay is not the best lead character we’ve seen, not as bad as Connor, but still quite weak.

You soon discover that the Templars aren’t necessarily that much different from the Assassins beyond that one spends its time skulking around whilst the other openly goes about their business. In some regards that’s not Rogue’s fault, it’s a fault of the series, with seven years being long enough to gain a firm grasp of how the Templars conduct themselves. But the main missions and story aren’t that interesting and what Rogue is left to work with isn’t transformed into something that will make many be thankful they still have their PS3 or 360.

The campaign doesn’t hang around for too long in Rogue, probably being the shortest yet, making it feel like an aside to the main draw which is exploration. In truth, that is what you’ll spend most of your time doing, but even then there’s not as much of that to do as you’d expect. Even the expansive upgrades offered by the Jackdaw have been scaled back, with Shay’s humble Morrigan being much smaller with fewer items to purchase.

Rogue may not live up to its billing, but it definitely isn't the worst game in the series we have seen. It is very enjoyable when you're given the impetus to explore and do as you wish. It's just a shame that the story doesn't set the stage, so exploration plays as an aside to the main campaign, instead you'll probably end up roaming rather than playing missions. But, longevity issues aside, Rogue is still a worthwhile addition to the series, particularly if you already own Unity; the way the two backstories interlink is quite interesting.