There's an assassin in your pocket... 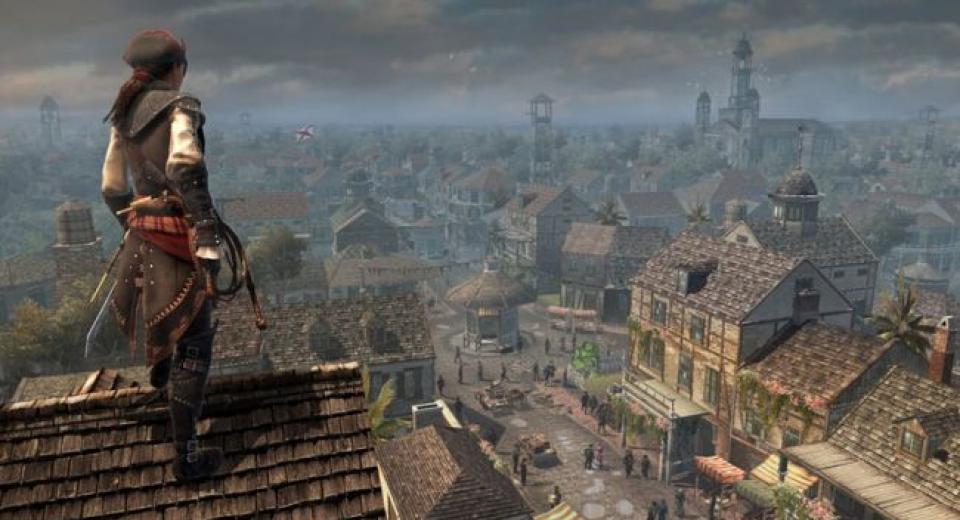 Before we start here I’d like to make a sincere statement of thanks to Ubisoft for realising what the Vita is capable of and giving owners a reason to finally use the dust-gathering handheld. Yes people, gather round and join in a mutual celebration because you finally have a reason to grab your Vita with both hands and use it for its intended purpose rather than as a shiny paperweight or doorstop.

So Ubisoft have just launched their third title in the Assassin's Creed series, don’t question it because it’s right despite two games being released between the second and third titles. Breaking previous pre-order and launch day purchase records there are high hopes for this title to bring the series back to what it did best in the second game which was arguably the best of the Ezio trilogy.

The studio launched their main title on PS3, 360 and PC but they also released a spin-off (they love them don’t they?) title for the Vita which very vaguely follows some of Connor's actions from the main title. Developed by Ubisoft Sofia the game follows the story of Aveline De Grandpre, a French-African assassin based in New Orleans just before the American Revolution.

To that end this game is very unique in the sense that it’s the first game that features a female as the lead role and it also does not directly relate to the main game seen on the home console. In effect this gives Ubisoft Sofia free licence to do what they want with the story as long as it sticks to what fans of the series have become accustomed to in past years. New Orleans proves to be quite the good location for an AC game as it lends itself well to the requirements needed in order to make a successful assassin. There are an abundance of rooftops to climb to view the crammed streets from above whilst there are many trees to skip through whilst negotiating the Louisiana Bayou. For a Vita game, and the size of it, Liberation looks absolutely stunning throughout and there are very few areas where it looks anything less. Its quality is shown perfectly when you are perched atop a church or high point synchronising the local area on your map from a synch point; the draw distance is impressive.

Whereas many games don’t, Assassin's Creed Liberation makes you want to discover and explore each area you are let loose in. Treasures are scattered throughout each whilst each mission will be set in different sections rather than relying on the same ones time after time.

So following Aveline through her assassin career is one that is interesting, varied and one that is very well written. Because there is none of the Desmond and his ancestor bovine excrement this one focusses on what the series should have done from the very start, let you be an assassin and focus on purely that. You encounter a variety of different characters varying from the slaves to the uppermost members of the social ladder. This game (whether you think it to be sexist or not) lets you flit between three guises; the assassin, the well-dressed lady or the slave. All of these have different strengths and weaknesses for example the slave can blend with workers and is relatively strong in combat whilst the lady is poor in combat but can bribe enemies and charm them to get past them.

All of these allow you to fit in with the relevant groups you are trying to exploit or blend in with to take down your targets. Unfortunately this feature isn’t as freeform as you’d hope as you can’t always choose the guise you want when you want and are forced into one. This dictates how you play out certain missions and in some cases restricts what you can and can’t do because of the persona you are currently guised as. Granted the missions where you are mixing with high society will require you to be in the lady persona but surely if you wanted a bit more of a challenge then you can take on the mission how you want?

On that subject, the game offers up side objectives which you MUST complete in order to attain 100% synchronicity and completion but they also dictate how you take missions on. Some state that you must not take damage during fight sequences which I have no problem with but the ones where they tell you what weapon you must use to kill targets or how you must approach them spoils the experience somewhat. It feels like the game is telling you how to approach missions rather than letting you experiment to discover new techniques to eliminate people.

The combat throughout is hugely rewarding however and makes each mission highly entertaining and you can use different weapons depending on your guise. The assassin has the biggest armoury with hidden blades, swords and machetes complemented with ranged weapons like dart guns and multi-barrelled pistols. The lady persona has hidden blades and a dart gun built into a handheld parasol with the slave having a similar kit to the assassin bar the pistols. New to the Assassin's Creed series is the whip which allows you to drag enemies close to you bringing on devastating finishing moves but more deadly are the predator moves that let you hang enemies from any tree you climb up.

The Vita is advertised with new innovative features such as cameras, touchscreens and a gyroscope. All of these are utilised throughout the game which for the most part fit quite nicely into the formula. You can pickpocket strangers by dragging your finger up or down the rear touch panel, select enemies by pressing them on the screen or reveal maps by pointing the device towards the light. The final feature works the most sporadically and sadly does not sound as engaging as it should be. The package isn’t without its other flaws either as there are several glitches throughout that stain an otherwise near-perfect experience. Civilians move in stilted motions, randomly change appearance and in some instances walk straight through buildings. What’s worse is there have been reports of missing treasures appearing on the map which weren’t encountered during the review period but they do exist in certain saved games.

You could forgive Ubisoft slightly for this as it is their first standalone AC game and their first outing on Vita therefore this is uncharted territory for them. Given the rigorous testing procedure games go through these days however you would have thought some of these issues would have been addressed early on.

There is a multiplayer aspect to Liberation but it is not in the same sort of league as the ones that are present in the console versions. Instead you take part in attack and defend style battles where you send assassins to certain locations to fight against your enemies. It could be something that is quite interesting and engaging but sadly it feels like it has been added because they felt like they needed to have a multiplayer mode in the package in whatever form they could come up with.

When it comes to the crunch Liberation provides Vita owners with an amazing package that gives them plenty of reason to be a proud owner of the system. The story is well-written whilst it is also one that is full of entertainment and variety. It easily rivals some of the games available on home consoles at present and is a massive step forward for the series as a whole.

Assassin's Creed Liberation is an amazing game in terms of visuals and what it offers to gamers in a portable package, and it is partly down to the power of the Vita. Ubisoft have made the most of this power and provided a game that entertains, engages and is as brutal as its console sibling. The problems with the civilians cannot be forgotten however as they happen far too often and the fact that the game may not be completed to 100% in some cases will stick in the back of people's minds but that does not mean you should avoid picking this up. Depending on your stance this could be argued to be one of the best games in the series given that it focusses on the assassin 100% and simply let's you get on with it.