"Can fifteen years of imaginary training really be put to use?" 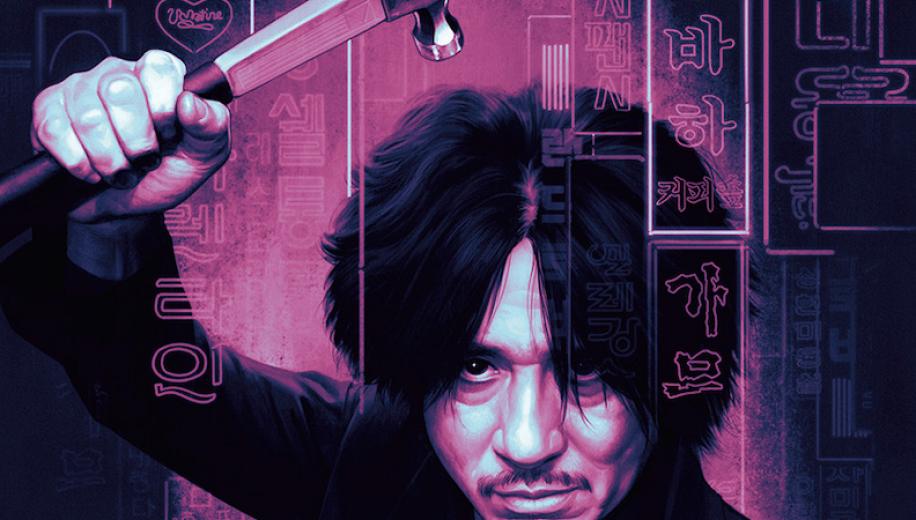 Park Chan-wook's 2003 neo-noir thriller, Oldboy, is something of a Korean masterpiece, cementing the status of star, director and perhaps even Korean cinema as a whole.

The middle entry in the director's acclaimed 'Vengeance Trilogy', Oldboy reframes a seemingly simple tale of revenge through a powerful infusion of multiple age-old vendettas upon vendettas, taking you on a journey which goes forward decades and backward even farther, layering its thematic vengeance ambitiously and delivering an intoxicating voyage into the depths of the human heart.

Ostensibly, it follows a seemingly innocent father, who is imprisoned for 15 years only to be released and go looking for the man responsible for destroying his life, finding love along the way in a sweet young chef, and realising on his long, bloody quest for vengeance that the only thing that may overpower his desire for revenge is his need to protect those that he loves the most.


An intoxicating voyage into the depths of the human heart

Choi Min-sik had previously enjoyed some success in the criminally underrated action thriller, Shiri, but it was not until his career-defining turn as the hammer-wielding Oh Dae-su in Oldboy that he really became a household name, going on to help complete the Vengeance Trilogy, before starring in I Saw the Devil and New World, dipping into Hollywood glory for Luc Besson's Lucy, and returning to Korean cinema for The Admiral and Tiger. His protagonist is wonderfully complex despite minimal dialogue and limited internal musings, seemingly tough and unstoppable - trained by watching boxing for years - but still visibly tortured, and all the more so the closer he gets to the truth about what has happened to him.

Oldboy would spin its premise so violently that its twists and turns and layers upon layers quite exquisitely leave you questioning what you, as a viewer, want from the tragedy-infused narrative. Heroes, villains, victims and abusers are muddled up into the same pot, all seeking forgiveness for the unforgivable. And it's dished up with lashings of raw passion, energy, and strangely effective dark comedy - as well as an epic single-take fight sequence that must be amongst the best fight scenes of all time. It's such a fabulously rich tale - the darkest of dark fairytales - that even Spike Lee had a go at a thoroughly ill-advised remake, losing much of the magic in its grim, blow-by-blow retelling. The Korean original so perfectly captured the spirit of its source graphic novel story that nothing else could come close.


Oldboy enjoys a dazzling 4K remaster for this Blu-ray double-dip courtesy of Arrow, whose 4K restoration came from the original camera negative (supervised by the director), and does a tremendous job rendering the movie better than it has ever looked before, even if cynics/realists will likely suspect that this is but a stepping stone towards an inevitable 4K release somewhere in the not too distant future (c.f. Arrow's Waterworld).

Both lovingly and faithfully restored, the image enjoys a wonderful depth of image and uptick in detail, showing up all of the finer nuances pulled from the source negative, with wrinkles, lines and pores evident on close-up, as well as the distinctive hair that Oldboy wears. The occasionally odd choices of lenses challenge the remastering work somewhat and effects sequences are inevitably less well preserved, with even brief moments (the lift ride where the camera goes up into the shaft; the ants crawling out of the skin) faltering alongside the otherwise vastly improved image, but this only really highlights just how much of a step up it is.

Perhaps most striking is the colour scheme, which has an almost 4K/HDR-level of pop and vibrancy to it, defying its SDR limitations to render some stunning tones, from the opening purple umbrella and credits to the lush green grass, and red chairs and outfits. The film was always cast with a slightly sickly undertone, but the new remaster largely jettisons this in favour of a still-stylised but far more universally rich palette brimming with wonderful tones that belie its 15+ year vintage. With strong black levels that only fleetingly smother the image, and a light layer of natural grain reminding you that this is still a faithfully organic image which hasn't been scrubbed to death, this remains a very impressive new remaster.

Dialogue gets firm prioritisation throughout, taking a degree of space across the surrounds when rendering the internal monologue narration, but more than happy to step aside for the sweeping, often emotionally weighty score that picks up and helps further define key sequences across the movie, not least in introducing something of an Oldboy 'theme' that pervades the piece. Effects pick up the brutal impact of fists, hammers and blades (CG or not), as well as street footfall, traffic noises, and all of the other trappings commensurate with the limited but effective settings that are utilised throughout the piece. Of course, the standout is the corridor fight, which delivers a fabulous blend of now-iconic action, memorable scoring and decent effects. With some decent LFE backing, Oldboy remains respectfully rendered on the technical front, both visually and now aurally.

Arrow really have pulled out all the stops on the extras front, delivering two editions of Oldboy - essentially a 2-disc Limited Edition which provides the main feature, a whopping 4 commentaries, a video appreciation, Featurettes, a Music Video, Deleted Scenes, Interviews and Trailers on Disc 1, and then the feature-length 2016 Documentary, Old Days: An Oldboy Story, as well as a 3.5 hour Video Diary, Autobiography of Oldboy, on Disc 2.


Arrow have pulled out all the stops on the extras front

The 4-disc Limited Edition goes even further to provide the complete Vengeance Trilogy, with the opening chapter - Sympathy for Mr. Vengeance - and the closing chapter - Lady Vengeance on these additional discs. Both come with their own selection of extra features, including an Audio Commentary, Featurettes, Interviews, a Gallery and Trailers for Sympathy for My Vengeance, whilst Lady Vengeance has exactly the same selection but with triple the Commentaries. Whilst neither film looks to have been as impressively remastered as the main feature, they complete a stunning 4-disc set.


Oldboy enjoys lavish Arrow treatment for its Blu-ray re-release, courtesy of a gorgeous new 4K remaster that delivers it looking better than ever. It's the kind of treatment that fans of Arrow's work on Waterworld will be very happy with, though equally wary that this likely signals a potential 4K UHD Blu-ray release somewhere down the line for much the same reasons.

Arrow's 4K-remastered Oldboy comes in two flavours - a 2-disc set with a dedicated second disc of Oldboy-centric extra features, or a 4-disc set that adds the other two chapters in the director's Vengeance Trilogy on those extra two discs. Either comes highly recommended, and the film is an absolute must-see.