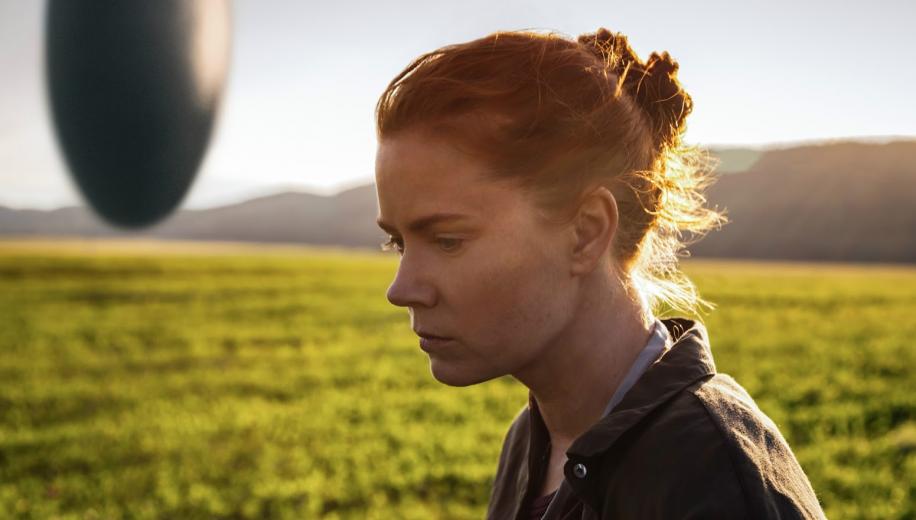 Arrival is a phenomenally powerful and surprisingly unpredictable feature which delivers its twists with the same aplomb as Interstellar, playing with your preconceptions about communication, language, memory and time, and proving itself capable of balancing heady scientific notions with desperately human sentiments of genuine hope and humanity. With potentially a career defining performance for Amy Adams, who wraps herself so completely in her character that you are more than prepared to commit to her path of enlightenment, and solid support from Jeremy Renner's scientist, Forrest Whittaker's Colonel, and Michael Stuhlbarg's CIA agent, director Denis Villeneuve once again works his magic to craft a complex and complete cinematic experience, delivering on all fronts - whether in terms of multi-layered narrative or character construction, epic cinematography and claustrophobic tension, or overwhelming atmosphere and emotive scoring.
Dipping into themes previously established in disparate efforts from Close Encounters and Contact to Independence Day and Interstellar, Villeneuve aims high and hits the mark, providing a rich and rewarding drama with some great sci-fi concepts in it, redefining our perception of alien communication and portrayal. Following suit from Interstellar's ambition, Villeneuve commits to a daring course and the results are subtly spectacular. Indeed it's refreshing to be getting such bold epics almost annually, positing ideas and funneling core narratives which were previously relegated to smaller scale affairs in everything from indie flicks like Primer to TV shows like The Twilight Zone. Sure, Arrival doesn't have the expanse of epic other-worldly visuals that bolstered Interstellar, but it is no less worthy in terms of lofty ambition and cerebral sci-fi prowess, and arguably just as impressive an audiovisual experience irrespective of its more low-key set pieces.

Let's get something straight - director Denis Villeneuve expressly stated that he wanted Arrival to look like a 'bad Tuesday morning' and 'a rainy day at school'. No dull, rainy, bad school morning was ever going to make for demo material, and so in some ways Arrival's presence on UHD merely reinforces the notion that the key benefits of the format are most visible with the right material. Nevertheless, the source material here, 2.8K resolution digitally shot original footage put through the 2K Digital Intermediate meatgrinder, is still afforded a subtle upgrade over its 1080p Blu-ray counterpart.

There is a hint of an uptick in detail, more obvious on wider establishing shots, but also picking up some finer nuances upon really close inspection. The picture is naturally murky as all hell, a thick swathe of gloomy, misty, drab dullness - and softness is often present by design, but there are moments of resounding focus, and the UHD allows these to shine, or at least shine as much as they were ever going to do.

Traditionally, it's in the use of the High Dynamic Range (HDR) and Wide Colour Gamut (WCG) that Ultra HD Blu-rays generally really distinguish themselves, visually, from their standard Blu-ray counterparts, but Arrival is something of an exception. Clearly these elements have been implemented, leaving skin tones more natural, the minor flourishes of colour more vibrant - things like the orange hazmat suits pop against the backdrop. Again, as much as they are supposed to, in what is an inherently faithful presentation. The higher peaks and deeper black levels afford excellent shadow detail, even under these murky conditions, and there's little technically to fault about the presentation here, it's simply a very faithful video presentation that nobody is likely to ever use to show off their 4K equipment with.

Arrival's accompanying DTS-HD Master Audio 7.1 track is far more easily quantifiable as demo material, with Villeneuve's features almost more famous for their scores than for their visuals, and this being no exception, cranking up the LFE input to offer frequently persistent low rumbling and depth to the more tense sequences, and striking out with an engulfing surround delivery.


The audio is far more easily quantifiable as demo material

Right from the imposing opening act, the score threatens to overwhelm, lapping up the minutiae in the background, picking up effects here and there, from the thunder of the craft hovering above to the unleashing of military vessels in response, and commensurate alarm sirens and emergency warnings. The surrounds pick up every little detail, with a strong sound design allowing for impressive dynamics. Dialogue, whilst perhaps one of the less important elements, still remains clearly defined across the track, dominating the frontal array where necessary, and remaining coherent even when the effects and score threaten to smother it. The score is, of course, a highlight, penetrating and getting under your skin as much as the visuals, and delivering yet more - if not the most - LFE input.

Arrival's extra features are, as is the norm for most Ultra HD Blu-ray releases, absent from the UHD disc itself, and instead you have to turn to the accompanying Blu-ray for them, a problem for those who enjoy importing as, whilst UHDs do not have any region coding, the accompanying BDs are still governed by their respective region coding, should the studios choose to implement it. Here Paramount's US release sports a Region A-locked Blu-ray, thereby limiting those who aren't Blu-ray Region Free.

The extras themselves are basically 5 fairly hefty Featurettes which dip into key aspects of the production, with the half-hour Xenolinguistics: Understanding Arrival, headlining the array, and giving the broadest look at the piece, dipping into everything from the story to the director's style; the alien/ship designs to the themes, and offering interesting background into each element. Acoustic Signatures: The Sound Design spends the best part of a quarter of an hour looking at this all-too important aspect of the film, whilst Eternal Recurrence: The Score makes for a nice companion piece, running slightly shorter than it's bigger sibling. Nonlinear Thinking: The Editing Process spends 11 minutes looking at the narrative design, whilst Principles of Time, Memory & Language offers up a quarter of an hour's worth of scientific input to relate to the core ideas on offer. It's a solid set of suitably worthy extras.

Ultimately Arrival is one of the most thought-provoking movies you'll see this year, carrying heavy burdens about large-scale mistrust and miscommunication among nations with a surprisingly rewarding undercurrent of human coalescence and collaboration, whilst wielding heart-string-plucking sentiments about unfathomably painful loss as strange, impossibly intangible beacons of hope. And in returning full-circle to its initial premise, it leaves us with a fleeting grasp of the answer to its elusive question of what is your purpose on earth; leveling emotion and experience over almost moot rationalisations about our future. Highly recommended.

Although the film itself is unmissable, the Ultra HD Blu-ray release won't likely be used in any TV demo stores anytime soon, staying faithful to the original intentions of the director and providing suitably drab visuals that, ultimately, even UHD's familiar tweaks - HDR and WGC - cannot make look 'good'. Nevertheless impressive sound and a solid selection of extras, coupled with an unmissable film given a faithful video presentation all leave this a must-have release.