Are We There Yet? Movie Review 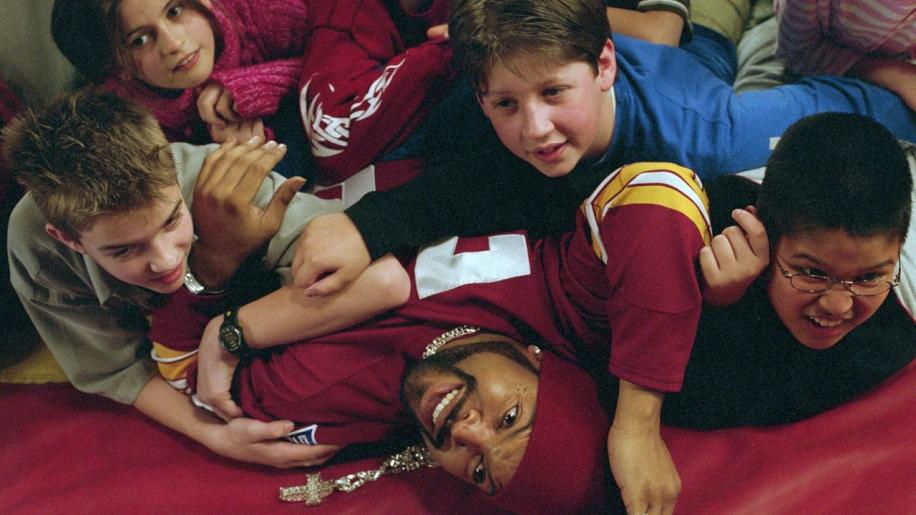 ”Are We There Yet?” is essentially a vehicle for Ice Cube, showing his alleged comedic talents, which on the face of this movie, really need work. A lot of it.

Nick “The Quick” is a player, who jumps from woman to woman quicker than a 12 year old changes their ring tones. He's not just a player, but has an intense dislike towards children (which isn't a bad thing), but one day he catches a glimpse of Suzanne (Long) and apparently falls in love, but he snaps out of it when he sees her two children. Her two children think that no man is ever going to be as good as their real father and therefore are hell-bent on disrupting any would-be suitors' plans. After Suzanne's car breaks down, Nick gives her a lift and slowly the friendship evolves (well, in 2 minutes film time) to the point where she asks him to bring her kids to her in Vancouver, due to work commitments. What follows thereafter is a road trip movie, with 2 of the most obnoxious kids seen for quite some time. Can Nick cope with the kids' attempts to break his spirit and the possible relationship? Can he find a way to win them over? Can this movie be any good?

Well, the last answer is easy. No, it's not good. Not by a long shot. The problem is that to critique this movie fairly, I suppose you need to have someone watch it of the age group it is intended for - alas, thankfully, I don't. So my simple caveat here is, if you've got kids and you're buying it for them, they may like it. If however, you are watching it as a regular adult cinema goer, then you will be dismayed to find a comedy with one ingredient missing. Comedy. It's not funny, not even remotely - in fact we've seen something similar in Home Alone, although there was a kid protecting himself from criminals in that movie, here we are supposed to be sympathetic towards the adult and laugh at the kids attempts to dissuade him. Not funny would be far too polite a word, as this is as hackneyed as they come, relying on old tired gags and toilet humour (literally in one case). Acting wise, the adults are as good as they are else where, but bearing in mind we're talking “Ice Cube”, that's not saying much - in fact to be nice, thankfully it wasn't Vanilla Ice. This movie was originally supposed to be an Adam Sandler vehicle, which gives you either an idea of how bad it is, or how smart he was to not make this. The kids are terrible, hideous actors, neither convincing nor showing any form of ability and if you don't believe me, I got two words for you - Dakota Fanning. In fact there's a moment in the movie where Ice Cube's character comments that the girl can sing. Sing, no. Sound like a real life Pinky and Perky, yes. I'd rather listen to nails scraped across a chalkboard, actually, saying that this was pretty much the same kind of screech.

So if a laugh-free comedy with some terrible acting and one of the worst singing voices gracing your screen since SpiceWorld sounds like a good evenings entertainment, look no further. Anyone who isn't stone deaf and likes to be entertained should look elsewhere. Anywhere else really.