Are We There Yet? DVD Review 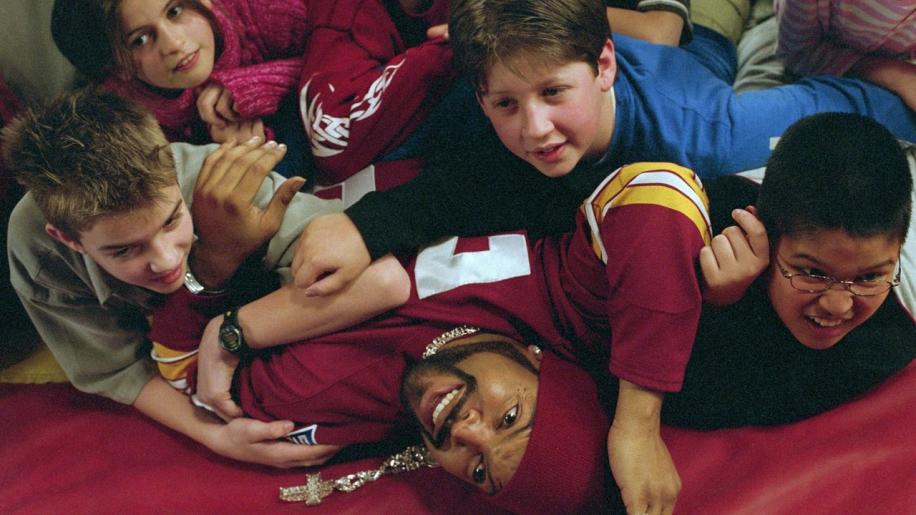 Bad movie aside, at least the picture quality is good, with an anamorphic widescreen transfer with a screen ratio of 1.85:1. Given that this is a new movie, it's not really a surprise to see a dust and scratch free, but it is, so that's a good start. The picture isn't grainy nor did I notice edge enhancement, with nice bold colours and deep blacks present, there's little to complain about. Detail levels are fine, with them being fine yet not exceptional. I also didn't notice any compression artefacts either, so overall one can't knock the transfer. Complete with a Dolby Digital 5.1 soundtrack, you would be wrong in thinking this could be impressive. Most comedy films (and here I use the word rather loosely) don't utilise the 5.1 soundstage, primarily because they don't really need to - I'm not talking say, an action movie with comedy, just pure comedy. Here it is no exception, with the LFE being the first noticeable absentee. If you're looking for a subwoofer workout, there is nothing to be had here. Rear speakers are used for effects and a little ambience, but honestly, you wouldn't really miss them if you didn't have them. However, dialogue is clear and crisp and doesn't get drowned out by the other front channels, which is how it should be. Not close to reference in terms of 5.1, but for the material it does the job ok. Kicking the extras off, we have a directors commentary track, which even if I liked commentary tracks, which I don't, I don't think I could endure that movie again. The bloopers are up next and run for 7 minutes in total and if you think that bloopers should be funny, you would be right. However, thinking that and watching these you'd have a very different viewpoint as these are not anywhere near funny. Not really a surprise to me. The making of the movie lasts for 21 minutes and it's typical EPK and not particularly enlightening, with one exception which was the technology used for the bobble head, courteousy of the Henson Workshop. The tour of the sports collectables store, which is effectively a 5 minute feature relating to the collectables and the props utilised. Yes, it's as exciting as it sounds. We then have storyboards, a deleted scene and the trailer, but to be blunt, I'd lost the will to live, let alone watch them. For anyone who likes the movie, I'm sure they're fun. A family movie this may be, but it can't hide behind the fact that it is tired, clichéd and devoid of humour. I'm sure that there may be one or two kids that may like this, but I just can't see how or why. Ice Cube isn't a great actor by any stretch of the imagination, but I guess this is an improvement on other roles where he just growls and swears - which isn't saying too much. If you really have to, rent, as I can't see one reason to purchase. Straight Outta Compton? Straight to bargain bins, more likely.