Are We Done Yet? Movie Review 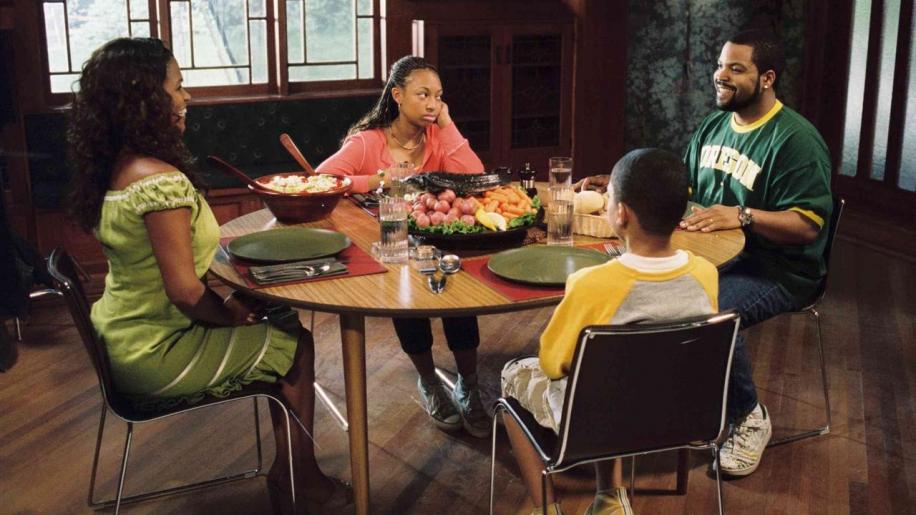 I reviewed the USA release of this Ice Cube comedy a few weeks ago, and now the film arrives on Blu Ray in the UK. The film is due to be released over here on 24th September, and Sony have been kind enough to send us a copy for review. Those who have already read my US review of this title will find this review very similar indeed as the release is identical to its USA brother, right down to the transfer and the extras. This is what I had to say about the film itself.

Just occasionally, a film comes out of the blue and shocks you with its quality. You come in with low expectations, thinking you are about to watch a complete dud, yet you are presented with a truly hilarious film, full of well written dialogue, clever razor sharp humour, subtle characterisations, and brilliant audio visual quality. This is not one of those times.

”Are we done yet?” is an extremely apt title for this film, because strangely enough it was exactly what I was thinking to myself after five minutes. Unfortunately, there was still another 85 minutes to go.

Ice Cube, who gave such a fantastic performance in Three Kings (1999) plays Nick Persons, a confirmed bachelor who apparently fell in love with Suzanne (Nia Long) in the original film, and ended up travelling across country with her kids on a road trip. Yes, indeed, it turns out this film is actually a sequel to an original film ”Are We There Yet> which managed to pull in $80m in 2005. In the sequel, the newly formed family decide to move out into the countryside.

Nick, it turns out, has big plans. He wants to start a new Sports magazine, and has been given a hefty advance on the promise that he will get Magic Johnson on the cover and an exclusive interview. Part of this plan is the aforementioned move to the countryside.

So, realtor Chuck Mitchell Jr. (John C McGinley) shows him around a rather dilapidated house out in the country, and based (it appears) mainly on a private bathroom for the adults, they decided to buy it.

Perhaps you are now getting an idea of the level of humour here - and the rest of the film shows the restoration of Nick's house into a Home, with Chuck Mitchell Jr dominating the process, even moving in with the family

This film is actually a remake of a 1948 film ”Mr. Blandlings builds his dream house” which stars Cary Grant. Grant must be turning in his grave. This remake is quite simply a turkey of the highest order. Mixing unfunny jokes, with poor characterisation, bad CGI, and a far too generous helping of schmaltz - the film is predictable, and boring. When Nick is walking out on the roof to try and catch a Raccoon, you just know that he is going to fall through. And when he does, the Raccoon looks down at him through the hole and sniggers “Sucker!” at him. If you are laughing at this, you will find the whole film funny. If you didn't - well don't say I didn't warn you.

The only bright spark in this whole film is the performance of John C. McGinley, an actor I have never heard of before - but who is apparently quite well known for the TV series Scrubs. I cannot say he is funny, as the script never allows him to be, but he certainly gives a good performance - managing to make each version of his character individual and different. Apart from this, the kids are nauseating, Ice Cube looks like he doesn't understand what he is doing involved in such a stinker, and supporting actors are wooden and stilted.

This film is rated number 40 in the all time top 100 worst movies on IMDB at the time of writing, and to be honest it deserves every bit of vitriol directed at it. It is not a mean spirited film in any way, but even the kids of today will be far too sophisticated for it, and the film quite simply fails. One to avoid.