Literally the blind leading the blind 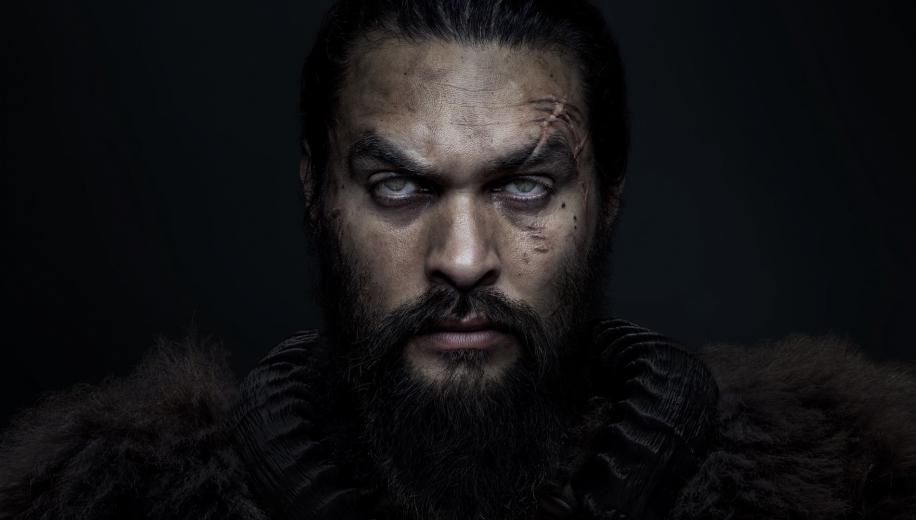 One of Apple TV+'s core trilogy of flagship vehicles, the high concept "sci-fi" adventure, See, may test your patience with its convoluted narrative, but it is another stunning example of ATV's 4K Dolby Vision prowess.

Benefiting from gorgeous locations that allow for staggeringly good 4K Dolby Vision cinematography, See is quite a sight to behold indeed. Headlined by Jason Momoa, in now trademark dirty bearded Maori-esque warrior form (c.f. Aquaman), it is set in a post-apocalyptic future, and thus technically sci-fi, but plays out like a typically brutal historical or fantasy piece reminding us of everything from The Revenant to Game of Thrones, only centring on the core gambit of a world where everybody is blind.


See is quite a sight to behold indeed

After a plague wipes out almost all of mankind, the few that remain are cursed with being blind, and spend several generations acclimatising to this condition, forming tribes and cleverly designed camps, with key members of their group trained to use other senses - hearing and smell - whilst others practise spying skills as undiscoverable 'shadows'. The leader of a tribe, Baba Voss, has partnered with a young pregnant woman whose twin children - from another man; a heretic who some claim had the power of sight - attract the attention of an evil witchfinder group commanded by the psychotic Queen Kane. Fleeing attacks from the Queen's forces, Voss brings up the children as his own, but will they ever be safe from those that are hunting them?.


Created and written by Peaky Blinders showrunner Steven Knight, See is a curious entry in the opening Apple TV+ salvo, and one which certainly requires a lot of patience on behalf of the viewer, only really showing its teeth in intermittent bursts, and all-too-often faltering thanks to a stop-start, time-jumping narrative which has been crafted in such a clumsy way that, in actuality, it's little more than a fractious chase movie. That said, this kind of formula has seen a dozen Walking Dead seasons come to fruition, and for those prepared to go with it on its journey, See is somewhat rewarding, and is certainly gifted with some of the best blind fighting setpieces captured (c.f. Zatoichi, The Book of Eli).

Momoa is perfectly cast to headline the piece. He knows this territory inside out, having travelled a similar warrior-in-the-wild path in everything from Conan to Braven, Game of Thrones to Frontier. He's commanding as the leader, convincing as a vulnerable father and husband, and formidable as a fighter (his blind swordsman scenes are spectacular, seldom better than when facing the slavers), and he almost entirely bears the weight of the whole show on his shoulders. If there's a shortcoming - and it's more to do with Knight's narrative than Momoa's casting - it's the decades that pass within the first few episodes, which simply don't appear to age anyone, but are most noticeable with the characters you spend the longest with (making it doubly worse for Hera Hilmar as his even more ageless partner). Sylvia Hoeks (Blade Runner 2049, as well as Knight's The Girl in the Spider's Web) skulks around the shadows on creepy Sinead O'Connor form, Luke Cage's Alfre Woodard tries to makes sense of it all, whilst Nesta Cooper (Supergirl) and Yadira Guevara-Pip (Star Trek: Discovery) both stand out as Voss's archer daughter and a superbly shadowy warrior in the tribe, respectively.


For those prepared to go with it on its journey, See is somewhat rewarding, and is certainly gifted with some of the best blind fighting setpieces captured

Sure, you have to suspend disbelief given the skills exhibited by some of these blind warriors, but when has that not been the case when it comes to cinematic depictions of blind fighters? See is no exception to the rule, but it has enough promise to get through the lulls, the time jumps, and the odd remotely-located antagonist who pleasures herself (or has others do the job) in order to pray to her God. And it gets a long way on Momoa himself, who exudes presence, and is yet another welcome pick for the impressive Apple TV+ flagship roster. Certainly For All Mankind, The Morning Show (not to mention Dickinson and Snoopy) combine to offer a broad range of quality material, ticking the boxes of weighty drama, sci-fi, and action/adventure (and comedy), which is not a bad start to the fledgeling streaming service. Give it a shot. 3-4 episodes in and you might find that you actually want to see what happens to this disparate band of blind warriors.