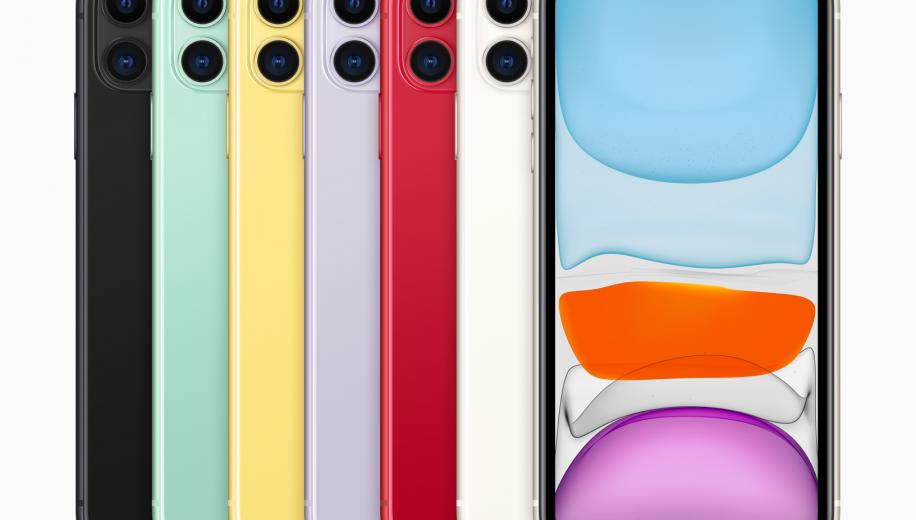 What is the Apple iPhone 11?


This is the new iPhone, released on 20 September 2019. It’s a colourful phone with twin rear cameras. Interestingly, it’s very much the successor to last year’s iPhone XR. But where that was seen as the cut-price, cut-down iPhone, by calling it just iPhone 11, this is the main iPhone. The other phones have names which make them sound like enhanced versions of the iPhone 11, that is, iPhone 11 Pro and iPhone 11 Pro Max for the larger version.

Apple has repositioned this phone, something that’s likely to make it the biggest-selling iPhone, as the iPhone XR was before it.

As well as being cheaper than the Pro models, the price has dropped by £20 compared to the original price of the iPhone XR.

The design is similar to, but also strikingly different from, the iPhone XR. Like the XR, it comes in a range of colourful finishes. Four have the same names as last year’s XR phones: yellow, white, black and PRODUCT(RED). Though, actually, each is a very slightly different shade from last year.

The other two are entirely new colours: purple and mint green. The purple (actually a very light shade, more of a mauve) is the standout for me. It is sharp, punchy and hard to miss.

Apple’s attention to detail means the aluminium antenna band that wraps round the phone is colour-matched to the back of the phone, as are the buttons and switches. The front view of the iPhone 11 is identical to the iPhone XR, apart from the hint of colour on the edge band. The display is identical, and the notch at the top where the front facing camera and Face ID True Depth camera sit is the same as last year, too.

The big change comes when you turn the iPhone 11 over. Like last year, it’s an all-glass back, but this time it features not one but two cameras. These sit in a large, raised square area. Although the rest of the design is shiny glass, the camera area has a matte finish, also colour-matched to the rest of the phone.

This was a surprise: leaked renders of the iPhone 11 suggested this would be a thick raised area in black, with flush lenses. In fact, the camera bump is modestly thick and the lenses stand above the rest of the square.

It’s also a more elegant design because the word iPhone has been removed, not to mention the CE mark. Now, the only detail on the phone’s rear is the Apple logo, which has moved further down the iPhone than before.

Personally, I really like the new look. The combination of snazzy colours, business-like camera square and spare detailing looks classy and appealing.

Apple has also said that the glass with which it clads the front and back of the iPhone is the toughest on any smartphone. It’s water-resistant so it can sit in water two metres deep for up to 30 minutes.

The 6.1-inch screen is the same 326-pixel-per-inch LCD display that appeared on the iPhone XR last year. Apple calls it Liquid Retina, a quite cool name but without too much meaning. In fact, there is something very cool about the screen: Apple has managed to create an LCD screen with an entirely even, thin bezel all the way around. When it launched last year, it was the only LCD all-screen phone, even though the bezel was wider than on the iPhone XS.

All other LCD screens, and most OLED screens, have bigger bezels on the bottom edge than on the top. Apple’s skill in making it uniform all round is no mean feat.

Colour resolution is excellent, looking bright but still faithful to the real world.

The resolution, first launched as the Retina display on the iPhone 4, looks pretty good. It’s really only if you’re reading text at a small point size that you spot it’s looking a bit rough round the edges, making the display a bit old-fashioned now. Still, for most people, for most of the time, it’s going to be just fine.

A new iPhone brings with it new software, in this case iOS 13. Actually, it’s already up to iOS 13.1.1 as there were some bugs in the first release which led to two swift updates. It has new features such as Dark Mode, which darkens the screen and puts text as white out of black. It works well and can be set to turn on at sunset and off again at sunrise.

There are new Animoji – the cute animated animals that lipsync as you talk to the screen. They are an octopus, a cow and a mouse. You can also create your own likeness, called Memoji, and the new software allows you to put these images as stickers into text messages.

Note that nearly all the iOS upgrades will also be available to many current iPhones.

Other new features include a chip called the U1 which adds spatial awareness to certain aspects of the phone. For instance, if you want to AirDrop a file to another iPhone, by pointing the iPhone 11 at another the nearest one will be prioritised. Both phones need the new chip on board.

Unlike last year’s iPhone XR, this iPhone has twin rear cameras. The 12MP wide lens is complemented by a 12MP ultra-wide. It means that if you’re about to take a photo and there’d be a better image if you could only take in more of the scenery, you can switch to Ultra-wide quickly with one tap of the screen instead of moving backwards.

How do you know if there’s a better shot available? Because when you’re looking at the iPhone screen, the software displays the extra content you’d get around the main image.

If smartphone photography is your thing, the pricier iPhone 11 Pro has three cameras, adding a telephoto lens to the two found here.

One of the real standouts of the camera is a new night mode which leaps into action automatically when low light deems it’s needed. Unlike some phones where you must launch it to use it.

A small icon of a moon appears on the top of the display when it’s active and it can tell you exactly how long the exposure will be. But it’s not done by a long exposure, which would be inevitably blurred.

Instead, it works by taking multiple images across a second or more and mashes them together to create the result. And the results are amazing. It not only makes you feel the camera can see better than you, but the brighter image it comes up with is still evocative of the event itself. In other words, it’s not over-brightened for the sake of it.

It also has a new feature called the slofie, which is a slow-motion video selfie using the front 12MP camera. They can be quite fun.

The Portrait Mode, where the subject is in pin-sharp focus and the background blurred, adds an extra effect, a high-contrast monochrome photo where the background is bleached white. It doesn’t work in every situation but when it does, it’s fantastic.

The iPhone XR had Portrait Mode but it was achieved through software because there was only one lens. This limited what it could do: most seriously, it couldn’t take fetching Portrait Mode photos of pets. Now, with the dual lenses, harmony in pet-owning households is restored and wonderful shots of Fido and Tibbles can be everywhere.

In general use, the camera, which now has an enhanced operating system to adjust exposure, focus and more, is very successful. Colours are vibrant, detail is sharp and more.

Apple’s iPhone shots are definitely manipulated with considerable image processing. They work, though, because Apple’s engineers have exceptional taste.

The iPhone XS was an amazingly fast phone. This one is significantly nippier still, so that everything happens at speed, even down to how quickly apps open. The processor that powers it, the Apple A13 Bionic, is one of many components shared between this phone and the pricier iPhone 11 Pro.

As more advanced and demanding apps arrive, expect the A13 Bionic to cope with ease.

The one thing that the Apple iPhone 11 doesn’t have to do is cope with the demands of 5G. None of the 2019 crop of iPhones has 5G on board. Does this matter? Well, 5G is amazing but the networks are still far from complete. Indeed, one UK network, O2, has yet to launch 5G. Apple is working on the principle that consumers won’t really be too bothered about 5G until next year – when its next set of iPhones are almost certainly all going to be 5G models.

The new iOS 13 software also means that the Face ID unlocking system is faster and works across wider angles, so that it can recognise you more easily if it’s lying flat on the desk, say. As it’s software-based, this improvement will also come to earlier iPhones with Face ID.

The iPhone XR had the best battery life of any iPhone. This year’s handsets all have even longer-lasting batteries. The iPhone 11 has an extra hour, for instance. In practice, it means that even if you use your iPhone a lot, it’ll run all day.

Nightly charges are still recommended – it won’t run for two days without power, but the increase in peace of mind is tremendous and will be a real selling point for many.

The iPhone 11 Pro gains an extra four hours’ battery life, the 11 Pro Max a whopping five hours more. But the iPhone 11 had plenty of power already, so an hour extra is fine.

This iPhone is going to be incredibly popular, I predict. It looks great, with a range of colours to suit every taste. The new dual cameras are a huge step forward, making the iPhone 11 the best cameraphone for its price. If photography isn’t your thing, it’s still a very cool phone. Not everyone will like the design, but if you do, it’s a hard phone to resist, especially with the blistering performance speed and great battery life.