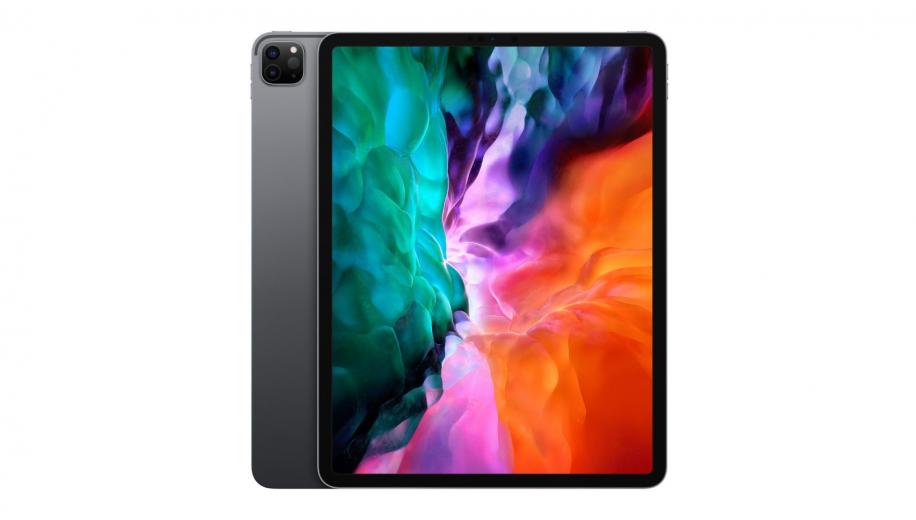 What is the iPad Pro?

It’s the highest-specced tablet from Apple, available in two screen sizes: 11in and 12.9in. The 12.9in model is in its fourth-generation, having gone through three major redesigns, and the 11in version is on its second go-round. The last update was in November 2018, and the new models are very similar in most regards to the 2018 editions.

The main differences are a new processor, the A12Z, and a camera unit on the back which looks almost like the back of the iPhone 11 Pro. Here, for the first time on any iPad, there’s more than one camera. The wide-angle and ultra-wide-angle lenses sit on top of 12MP sensors.

The other change, and it’s also to be found in the camera panel, is a first for any Apple device: a LiDAR scanner. LiDAR, as you may know, stands for Light Direction And Ranging. The scanner is there to ascertain depth information for an entire scene at high speed. It’s like the time-of-flight sensors found on many cameraphones which project light, usually laser or LED onto objects and based on the time it takes to reflect back, gives a near-instantaneous depth map of the environment.

Other parts of the hardware, such as the display and overall design remain unchanged.

There’s one other big thing, though: the iPad Pro comes with the very latest software, iPadOS 13.4.1, which includes support for mice and trackpads. Attach a keyboard accessory and the tablet becomes almost the same as a laptop. Almost. This new software is also available for most recent iPads, so you don’t need the latest iPad Pro for this feature.

The iPad Pro is already due an accessory upgrade. I’ve been testing it with a trackpad and the Smart Keyboard Folio, but in May, a Magic Keyboard, as Apple calls it, will arrive. It has a built-in trackpad and in a new departure for Apple’s iPad accessories, the keys will be backlit. More on that later.

I’ve tested both the 11in and 12.9in tablets, but apart from size (and price!) they are identical. Every feature is in the same place, the cameras and scanner are the same and the battery life is 10 hours on both models. Apple is inviting you to choose on the basis of what size fits best. Here’s the thing: when Apple released the first iPad Pro, back in 2015, it was enormous. Sure, it looked gorgeous and everything but it was heavy and plenty big. So much so that whenever someone picked it up for the first time, the size was all they could talk about. The second-generation 12.9in model appeared in June 2017, with the A10X Fusion chip on board, about which more later.

Just before Hallowe’en in 2018, the third-gen 12.9in screen model and first-gen 11in version were announced, with a completely new design and A12X Bionic chip.

Now, I tell you all this, not just so it might come in handy in a quiz night, but to emphasise that the current design, unlike previous ones, has so little in the way of bezel round the screen that the 12.9in iPad Pro is now absolutely manageable. It’s a splendid balance of big screen and not-too-big device.

Though I’m sure most will go for the 11in model, the 12.9in tablet is not too big, and comes with a great-sized screen.

All Apple’s products look classy, but the iPad Pro is easily the most elegant tablet it has made.

The iPad Pro is slim and flat – the curved-edge back of other current iPads is missing. This is almost like a bigger version of the iPhone 5S. The Pro differs from other iPads in other ways, too. It is the only Apple device apart from Macs to use the USB-C connector instead of a Lightning cable. It has a better display, extra microphones and, most striking of all, it uses Apple’s Face ID system instead of the fingerprint sensor on other iPads.

The camera unit on the back stands proud more than the single camera units of earlier iPad Pro models did. Even so, it’s not hugely protuberant and Apple has done what it did on the latest iPhones, that is, the bump is a certain depth and the two cameras peep out a little further. The adjacent LiDAR scanner, like the flash, sits flush to the camera panel.

All Apple’s products look classy, but the iPad Pro is easily the most elegant tablet it has made. Though there’s almost no outward change since the last one, it still looks great.

Where some tablets, most notably ones from Samsung, favour OLED screens, Apple has used LCD since day one. This latest one, the same one from 2018 is called Liquid Retina (well, Apple always has name for its stuff, doesn’t it?).

Other Apple specialities in the display arena are on board. First, True Tone which measures the ambient light colour in the room and adjusts the display accordingly so that the colours displayed remain faithful and consistent. So, white paper on screen looks white, whatever the light in the room. I’ve found True Tone to be a very subtle effect, but worth having.

There’s also ProMotion, which is very cool. It adjusts the display refresh rate dynamically as the content onscreen demands. The iPad Pro can adjust the refresh rate up to 120Hz when needed, dropping down to save battery when it’s not. It looks smooth and attractive at all times. Since the iPad Pro is compatible with the second-generation Apple Pencil stylus, it often raises the rate when you’re using the Pencil so your every ink or brush stroke onscreen is smooth, fast and stutter-free. The display sits within a narrow bezel, just wide enough to house the camera and other sensors necessary for Face ID. The bezel is the exact same thickness all the way round and the screen itself avoids the sharp corners of most screens, instead curving to match the bezel.

Actually, of course, this is part-illusion, thanks to display management making it look like it has curved edges. It looks terrific.

The Magic Keyboard is an accessory which will arrive in May. It’s not actually magic, you understand, the name comes from the fact that a keyboard for the Mac some years ago was named magic. The keyboard, when it arrives promises a slick magnetic attachment to the iPad Pro, allowing it to be positioned easily as you need it, and removed easily. The keys are promised to be responsive and comfortable, and usable in a darkened room because they’re backlit.

It takes a little getting used to but, along with the improved multitasking iPadOS offers, quickly becomes a genuinely useful laptop substitute.

The accessory is expensive, £299 for the smaller iPad Pro, £349 for the larger, so it had better be good.

The new trackpad and mouse support is elegantly done. The cursor appears as a circle – like your fingertip on the screen, see? – and morphs as needed into a regular cursor, or to match the shape of the menu item that’s highlighted. It takes a little getting used to but, along with the improved multitasking iPadOS offers, quickly becomes a genuinely useful laptop substitute.

Unlocking the iPad is as easy as looking at it. Apple faced a problem when it put Face ID on the tablet because you’re just as likely to unlock it in portrait orientation as landscape. So, the system had to be upgraded to work both ways round. It usually works fine, though note that if you have a keyboard or other cover on it, it’s easy to leave your thumb on the camera when you open it. The screen will tell you if you do.

Two cameras on an iPad, that’s a first. Well, a slim slab of glass and aluminium is ergonomically terrible as a camera – although, admittedly, framing your shot on this enormous screen is dreamy.

It’s all about Augmented Reality (AR)

Still, despite the dual cameras, it’s not really meant for photography – as a result of which, it has no portrait mode on the rear cameras, despite there being two lenses.

So, for what, then? It’s all about Augmented Reality (AR). Apple has always made a fuss about AR and it’s something the company is passionate about. ﻿ The two lenses can work in conjunction with the LiDAR scanner to deliver advanced AR experiences. There are apps in development with companies like IKEA, for instance, to map your room and show the company’s products in convincing detail in them. There are games where the protagonists jump around your living room. And medical programs which can track human movements in 3D.

These aren’t out yet and the only realisation of the advanced capabilities are in the form of the Measure app. This is already a cool app on iPhone and iPad that is very handy if you don’t have a tape measure or want to measure a 3D object on more than one side. On the new iPad Pro only this manifests itself in greater detail, leaping into life more quickly, promising great accuracy and even, as you move in closer, a tape that appears with markings on it. It’s cool on its own, and presages greater things to come.

For photography, it’s not bad, and these are the most advanced cameras on an iPad but, again, it’s not the best shape or size for casual photography. Apple promotes it as a mobile filmmaking studio with multiple cameras, and five microphones.

The front-facing camera, because of the depth sensing needed for Face ID, is capable of that delightful bokeh effect where the subject is in sharp focus but the background blurred. Press Portrait when the rear cameras are active, and it’ll automatically switch to the front camera.

The performance on this tablet is amazing. I mentioned the A10X Fusion processor on the second-generation iPad Pro. That was mighty fast and this is 30 per cent faster.

The A12X Bionic processor on the 2018 iPad Pro was lauded as being faster than most laptops and this one is faster still. How much faster is the subject of some controversy as it seems the current chip is very close to the last one. Well, Apple has made this clear by calling it something very similar to the 2018. This is the A12Z Bionic.

It’s a little faster than before and that’s more than all it needs to be. The indications are that the A12Z Bionic is still faster than most laptops with strong graphics performance, eight cores and a design to keep the tablet cool even when it’s being worked hard.

In practice, this is a very fast machine that handles whatever you throw at it easily. It’s a real performer.

Battery life for the iPad, since its debut exactly ten years ago to now, is ten hours. That’s what you get. When each new tablet has been released, the battery life has remained the same. It’s a decent amount of time; I’ve rarely felt it wasn’t enough.

The 2018 iPad Pro was amazing. This is better, though right now, it only feels a little bit better because many of the innovations such as the LiDAR scanner, need new apps to make the most of them. That will follow.

But for now, this is more powerful than most laptops but in a device that’s super-slim, light and portable. It is easily the best tablet you can buy, and the addition of a keyboard and mouse makes it into a decent laptop substitute. The display makes it a great video playback device, though it lacks the HDR compatibility that many smartphones now offer. But the automatically adjusting refresh rate means everything looks great.

It’s not cheap, but it’s a highly desirable, great-looking machine that performs fast and reliably.