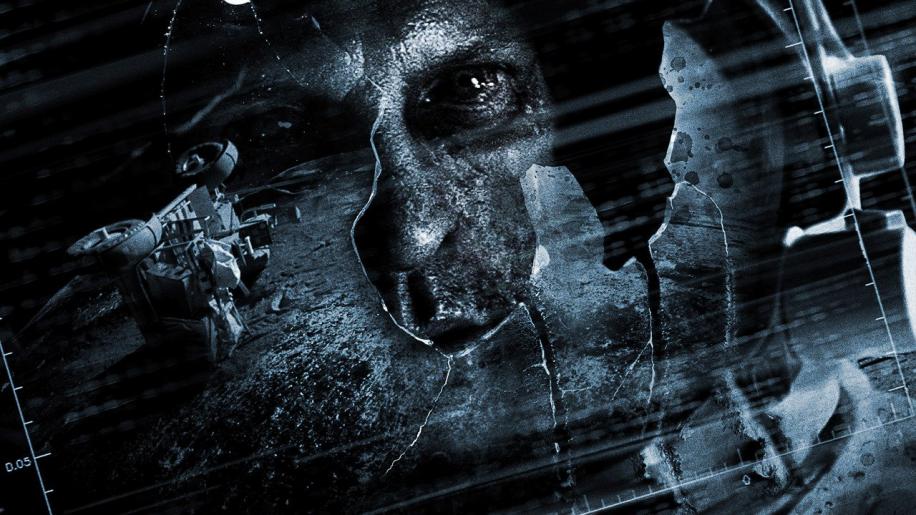 You can see why filmmakers got into the whole ‘found footage’ video-diary-style horror cycle: it’s an efficient, low-cost way to produce a horror movie which can still be remarkably effective in the shock department, but which has a big fat excuse for looking cheap as all hell – it's supposed to look that way. The Blair Witch Project, REC and Paranormal Activity – whether you love them or hate them – are successful examples, but they have spawned an entire sub-genres’ worth of cheap imitations and lacklustre sequels, not to mention, in several cases, unnecessary US remakes.

The latest to fall into that latter category is Spanish film director Gonzalo Lopez-Gallego’s US debut, Apollo 18, which desperately tries to imitate real-life found footage of a space exploration – insinuating itself into unofficial US space exploration history using its conspiracy theory plot – yet ultimately delivers a ludicrously implausible story which basically exponentially decreases in terms of thrills and cinematic tension.

The Apollo manned Moon landing program of the 1960s and 1970s achieved its primary objective in 1969 when the Apollo 11 voyage saw men both land on the moon and return safely. Immediately after this success, nine further Apollo missions were planned, but the last three – 18, 19, and 20 – were cancelled, mainly due to budgetary concerns. The movie posits, however, that an Apollo 18 mission did actually go ahead, and that the subsequent ‘troubles’ that the astronauts encountered on the moon were the real reason why NASA has not launched another lunar expedition.

It’s 1974 and Apollo 18 has just been cancelled, but a secret Apollo 18 mission has been commissioned in its place – a covert Department of Defense operation to plant radar detectors on the moon which will be able to offer early warnings against ICBM attacks from the USSR. Astronauts Anderson and Grey are dispatched, led by mission Commander Walker. While Grey remains in control of the Command Module, the other two take the Lunar Module down to the surface of the Moon. Everything initially appears to be going fine – they plant the first set of detectors and retire to the Module for the night, but strange noises disturb them; their surveillance cameras picking up movement outside. Mission Control at Houston insists that these happenings are just interference from the radar detectors, but the astronauts soon realise that they may not be alone out there.

Aside from its distinctly anti-climactic reveal, one of the biggest problems about Apollo 18 is that it has zero character development – an unfortunate but direct effect of the ‘found footage’ style that the filmmakers chose to use. You see, this film simply can’t follow the route of your standard derivative horror, which, irrespective of character development, largely delivers its thrills through the execution of said characters, one by one, in (hopefully) increasingly imaginative ways. In those movies, the idea is that, by the end of it all, you’re left with two or three characters who you (again, hopefully) actually care about, and who you don’t want to die. Apollo 18 has just three characters to start with, only two of which are actually on the Moon, which kind of removes the option to take the standard horror route. That wouldn’t be such a bad thing if, instead, the filmmakers were to concentrate on developing the characters that we do follow, in much the same way as films like the recent independent sci-fi horror, Monsters. Unfortunately, this is a rare trend in this genre anyway, and is often non-existent in the found footage sub-genre. After all, it’s not easy to develop characters that you’re showing purely through the lens of a video diary camera, and the Apollo 18 filmmakers have further handicapped themselves by making this a period-set space video diary – in their desperate attempt to make this look like real-life space video footage, they seem to have forgotten that we know nothing about these characters, and their video journal does not provide us with enough development to enable us to even remotely care about them.

Had Apollo 18 been shot like Apollo 13 (albeit with the added horror angle), it may have proven more successful, the increasingly desperate attempts of the space crew to get home would have proved suitably tense and dramatic, particularly with characters that you actually cared about. Then again, the filmmakers probably thought that the whole ‘found footage’ approach was the unique selling point of this production. Unfortunately it’s not exactly unique and, besides, the effect that it has on character development is a fatal flaw from which the film never recovers.

Who is actually in this movie? Well the two actors who you spend the majority of your time with are Warren Christie as the lunar module pilot, Anderson, and Lloyd Owen as the mission Commander, Walker. Christie you might recognise from some distinctly average TV fare like Alphas and Steven Seagal’s True Justice TV series. Credit to him, he is far from the worst actor on True Justice, and this is at least a marginally more interesting role for him to take. Owen’s almost as little-known, having had recurring roles in The Young Indiana Jones Chronicles and Monarch of the Glen. Unfortunately although neither of them are really all that bad in the movie, and they probably would make for fairly authentic astronaut characters, the production simply does not allow for you to get to know their characters, so their efforts are largely wasted. Live, die, be demonically possessed, taken over by aliens, depressurised or blown up – by halfway through the film you actually want somebody to get killed just to punctuate the monotony. In fact, even at less than an hour-and-a-half in length (87 minutes is just about the shortest you could get away with for a theatrically released movie) this film is almost an endurance test to get through.

With a vaguely interesting premise, and some faintly creepy initial happenings, the movie is ultimately let down by its character development (or distinct lack thereof) and the poor reveal with respect to the ‘horror’ that the astronauts encounter. Had the filmmakers spent a little bit more time thinking through these two aspects, and a little less time focused on making this look like genuine found footage – in a bid to somehow convince audiences that it actually came from a secret space mission – then this might have turned out better. As is, though, it is disappointing in the extreme.

Despite all this, it was shot on a budget of just $5 Million, and made five times that at the Box Office, which will likely lead to further ‘found footage’ films, and maybe even further Apollo horror missions. I’m sure you can’t wait.