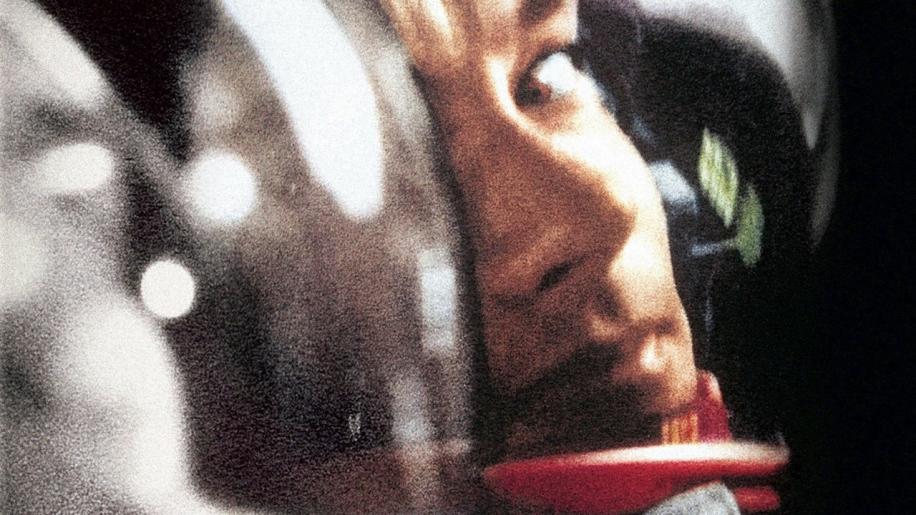 I've seen 'Apollo 13' several times over the years since its release in 1995 and probably on every new media format - from VHS, through Laserdisc, to DVD and now on UK Region free Blu-ray. Regardless of the viewing format, it's one of the few timeless movies that grabs my attention from the very start and holds me there, transfixed until the end titles roll.
There's one thing that I keep on harping on about (“Oh, no!” they cry “Not again!”) that makes a movie a cut above the rest and 'Apollo 13' has it in spades. We get a chance to know and like the characters before the action begins, so that when they are threatened by danger we actually care about them. This is something that director Ron Howard instils into all of his movies. He gives them heart. He also knows how to tug on heart strings without getting caught doing so. It takes skill and fine judgement to ensure that the wagging critical finger is not waved at him for being overly sentimental.

With regard to the story of 'Apollo 13', the fact that it is based on true life events gives it extra gravitas - and I remember them well because, as members of the Review Team gleefully remind me, I'm old. This is a story set in the 1960's where High Tech was way Low Tech by comparison to today. Calculations were done on a Slide Rule (I used one at Engineering College) back then as calculators hadn't been invented. A computer that could work out the square root of a number would have filled a very big room in those days. Despite the level of technology, we still managed to put a man on the Moon. It was also in this era of chunky analogue gauges that the crew of Apollo 13 found themselves blasting off for the Moon and experiencing an on board explosion while stirring their oxygen tanks in outer space. The damage and loss of oxygen meant they could no longer land on the Moon and there was real worry that they would not make it back to Earth alive.

If there's one scene that sticks in my memory, it's the one where the boffins at NASA have to come up with a way of fitting a square carbon dioxide scrubber filter into a round hole using things like a polythene bag and gaffer tape. Real 'out of the box' thinking before it was even named. I just loved the ingenuity with which they came up with a practical working solution that saved the lives of the crew in space.

The other scene that I found fascinating was where astronaut Ken Mattingly, grounded due to suspected chicken pox, was called in to try to reduce the power consumption on the returning spacecraft in an effort to run the ship on the same amps as a coffee pot and allow them the time to return alive if somewhat cold. The determination as well as the trial and error process to keep the usage below the red line had me willing it to work.

The script is good. It truly reels in the audience and plays them like a fish on a line.
Even this time around, I was literally on the edge of my seat with a knot in my stomach - although I knew the story from previous viewings.
The cast is superb. Tom Hanks as Jim Lovell is just so believable as is Bill Paxton as Fred Haise, Kevin Bacon as Swigert and Gary Sinese as Mattingly. The standout performance for me however was Ed Harris as Gene Kranz, the Mission Controller. His intensity and portrayal of a man with great strength of character in the face of immense pressure is Oscar winning stuff - and, although nominated, he failed to pick up a statuette for his efforts.

The score by James Horner is one of those rousing, triumphant works that causes a swelling in the chest due to pride. The main theme is also a really good tune that will stop you from getting to sleep as it plays over and over again in your mind.

You'll have gathered by now that I really like this movie.

The Special Effects look so authentic - and that's because they were created from scratch to emulate some of the official NASA shots. Indeed, some of the original crew asked which library had supplied the stock material. Probably the most impressive footage is of the astronauts' weightlessness, which could have been achieved in the studio by suspending the crew on wires and filming them in slow motion. Instead, they were filmed with the spaceship interior built inside the legendary 'Vomit Comet' - an Air force jet that was made to dive Earthwards causing simulated weightlessness and backing up of the actor's digestive systems. Each dive only gave 23 seconds of the required floating in space, so every shot was carefully planned to ensure nothing was missed.

The film not only covers the drama in outer space but it also gives us an inkling of the stress placed upon the astronauts' families back on Earth, mainly through the focus being placed on Marilyn Lovell, played by Kathleen Quinlan. The scene where she drops her wedding ring in the shower and it falls down the drain just prior to the launch is one that I'd always thought of as a bit of Hollywood hokum to add to the tension. In one of the documentaries, the real life Marilyn Lovell explains that it actually did happen and that she had considered it a bad omen - although she later recovered the ring.
This is just one of the insights that made the story really live for me, but the line that everyone remembers and that has slipped into regular usage whenever something of a technical nature goes wrong (and this review would be incomplete without) just has to be “Houston, we have a problem...”