A dissapointing and shameless Move cash-in 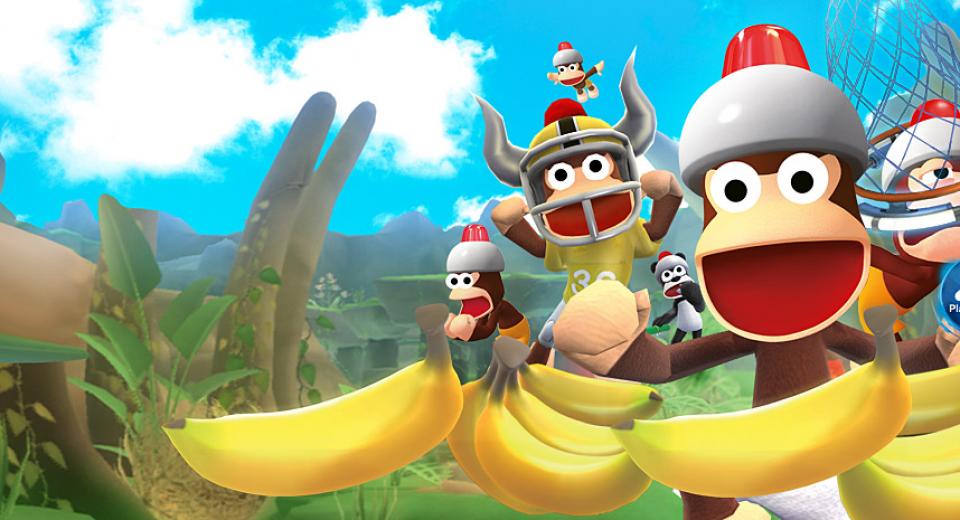 There’s been much criticism for the ‘innovation’ of motion control over the last few months, and as it would seem, rightly so. Many games released on the Move platform are nothing more than half-baked cash cows. Arguably so, the most worthwhile Move compatible game out there at present is still Sports Champions, which was released with the Move controller.

So surely with a popular franchise like Ape Escape, a motion compatible title can convince the critics that motion control is not just a fad and that it has a rightful place in the gaming world. The Ape Escape series has had its fair share of success throughout its lifetime, it has also seen outings on all PlayStation consoles so there is obviously demand out there. Developer Japan Studios have a wide selection of released titles varying from hard core Role Playing Games such as Demons Souls (with From Software), to more family orientated rhythm games like Patapon.

To say that the Ape Escape series has taken a dramatic U-turn here would be an understatement as exploration and free-walking has been abolished in favour of an on-rails approach. Granted, this makes the game easier to play as you can completely focus on moving the crosshair with the wand, but those who were hoping for a return to an old school classic will be very disappointed.

There’s an underlying familiarity throughout though which unsurprisingly, is how the story and characters are presented via anime inspired scenes, and going hand-in-hand with this is cheesy dialogue which is seen in many Japanese titles. Fortunately there’s not so much of this that you will put the game onto mute until you begin the next level, but you will often question why the developer couldn’t tone the contrived script down just a little bit. Suiting the game more though, is the arcade music score which matches the gameplay style perfectly as you travel through various locations and adventure on to net more apes.

This brings me on to the method of capture for the pesky primates, the game plays out as mentioned, on-rails, which means the game only moves onto the next section once you have captured all the monkeys or your time has expired. To capture the apes, you control an on screen net with the motion controller which you swing at oncoming apes to bag them. Throughout your travels, you are introduced to new weapons and gadgets periodically which all aid you in capturing rogue chimps from around the world. Early on you get usage of a fan, which you can utilise to bash away enemies who obstruct fleeing monkeys, whilst your slingshot can be fired to knock monkeys out of trees or gather up bunches of bananas you find. All of which tools you swap with a press of the Move button so they can all be accessed on the fly, as opposed to using a menu system.

Throughout the game, you also come across batteries which can be collected and these allow your regular monkey catching skills to be boosted thanks to power-ups such as a vacuum that sucks up all apes on screen along with any present bunches of bananas.

There’s one thing throughout Ape Escape that is evident, and that is the familiarity of the graphics which although cartoony, still stand up to current generation standards and are a welcome return from the original games on PS1. This is not to say that the graphics are ported from PS1, but the charm and beauty of the presentation has not been lost. The locations you encounter too are detailed enough to make them all enjoyable to play through and they never feel too busy or have too much detail.

Although there’s nothing wrong as such with how the game plays and the motion control aspect of things (PS Move works as well as it ever has done), you can’t help but feel that by shipping the game as an on-rails adventure, the developers have ignored the much-loved mechanics of the original titles. Thinking about how the motion control could be adapted into the original game, it makes sense and you believe it could work given enough development time and would be more enjoyable than simply aiming around the screen and swinging the controller every now and again.

There’s little to shout home about on the story front either, granted you get the gist of why you’re capturing all the apes, but the background detail just feels so ham-fisted as though the developers forgot to put it in and shoved it in shortly before shipping. Surely someone somewhere could have thought of a better story than; two girls need to see their grandma, so they recruit a pizza eating stranger to gallivant around catching a load of apes.

Along with the shambles of a story, is the fact that there’s very little on offer here to keep gamers interested for very long in terms of replay value, multiplayer or collectibles. The structure of the game follows a very rigid pattern of play a mission that lasts between 5-10 minutes, receive a medal based score then rinse and repeat several times over. The only evidence of multiplayer is a ranked scoreboard online which compares all recorded high scores across the world which, if you strive to be the best, then I’m sure it wouldn’t take too long to shoot to the top.

I had high hopes for this. I was hoping that we would be treated to a title that harked back to the originality of the first games and allowed us to relive the glory moments of them. I, and many others who pick this up, will be bitterly disappointed though as this feels nothing more than a game that has been shipped for the sake of broadening the Move catalogue. Fortunately, this carries a sub-maximum price tag since it has so little on offer so you won’t have to pay £40+ for this, and I’d be worried if anybody did. If your curiosity gets the best of you though and you can’t help yourself then a word of warning; keep your receipt.

Initial thoughts for this title will be, "Let's hope they have done the series justice and recreate the originals success" which will be shortly followed by, "Oh dear what a mess." To say this is just a shameless plug would be spot on which is a shame as the game captures the essence of the original titles perfectly but takes a massive u-turn in terms of mechanics and restricts players' imaginations. Recommended for those who are very serious about the series, but even they get a severe warning.