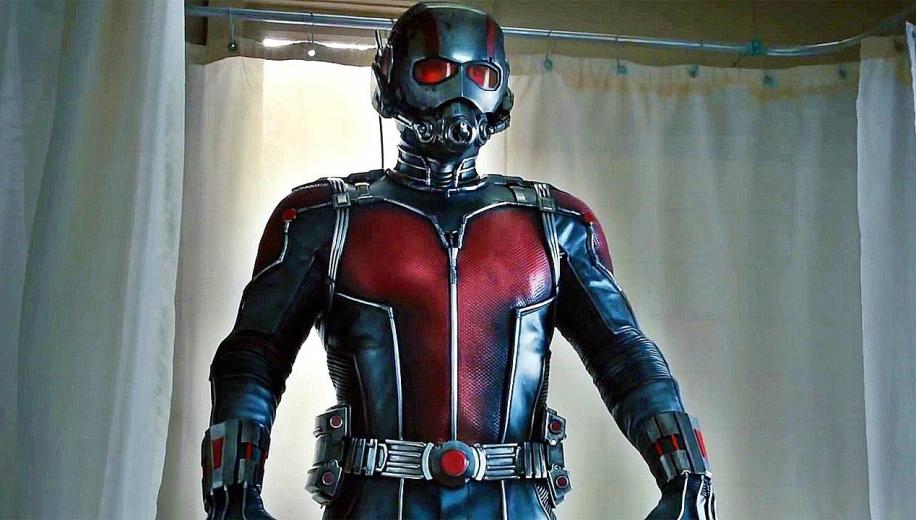 One question... Is it too late to change the name?

Coming at the end of Phase II of the MCU, and famously having Edgar Wright replaced as director, Ant-Man, was just the tonic to close out the year after the massive toll Ultron had taken on the world; it was deliberately small scale and fitted the character perfectly. Luckily Wright’s finger prints are all over the film (I still love the sight gag of the train falling over) and that, with the natural charm of the characters (Paul Rudd as the lead is inspired), comic timing, small stakes and an overall sentiment of fun – much like the Guardians of the Galaxy achieved a year earlier – meant the film was a success.

The plot follows the typical origin story combined with a reluctant hero thread: ex-con Scott Lang wants nothing more than to provide for his child, but with increasing despair is forced to take on one last job, but unbeknownst to him his target had already selected him to take on the mantle of Ant-Man - a superhero that can shrink his size while increasing his strength and who also has the ability to control ants - in order to stop a nefarious scientist from using the discovery for war. The stage is set and, as in the best caper films, the band of unlikely heroes comes to the rescue; my one and only fault with the film is that it does get a bit twee towards the end during the family dinner, but on the whole it is a genuinely entertaining film in the best traditions of comic book movies.

A reasonable step up from the Blu-ray

There is a modest but noticeable up-tick in detail to the image, skin texture is slightly better refined, slightly tighter clothing weaves, including the Ant-Man suit, while establishing shots have keener edges and midrange shots are slightly more robust.

It is with the WCG and HDR where the real differences lie, however, with more depth and vividness to the colours: flesh tones are natural looking, check out the blue, red and yellow of the shrinking partials, how bright and lush they are; check also the neon colouring of the server destruction, and the oranges of the explosions.

Black level is also improved with more shadow detail (I point to the server destruction again) pushing the frame further, while the white scale also impresses with highlights that help with 3D pop.

The source is pristine and there are no compression issues. All very positive, but the image as a whole does little to stand out from the crowd, thankfully it is a reasonable step up from the Blu-ray.
﻿

The Dolby Atmos surround track, after the customary Disney volume increase, makes good use of the surround field with some decent overhead channel involvement from the action set pieces; these are numerous, but the infiltration of the Pym labs is probably the stand out; particularly in the water pipes; though the micro-verse fares very well. Dialogue is clear and precise and given some directionality when needed, but is dominated by the frontal array.

This is a decent upgrade over the already impressive 7.1 track

The score is nicely layered into the mix, while the ambient effects are pinpoint accurate. There is a decent bass level and the numerous LF effects gives the sub plenty to do, without going full on subterranean. This is a decent upgrade over the already impressive 7.1 track.
﻿

All the supplementary features are on the bundled Blu-ray which looks to be identical to the Blu-ray from 2015.

All the features are on the Blu-ray

Featurette: Making of an Ant-Sized Heist: A How-To Guide

Featurette: Let's Go to the Macroverse

Ant-Man closed out Phase II of the MCU and was just the tonic after the catastrophic events of Ultron; a small scale caper flick, telling the origins of the Ant-Man while dealing plenty of action, and having massive charm. It takes the subject matter seriously but with its tongue firmly in its cheek, thanks mainly to Edgar Wright’s wonderful script, giving the whole a great deal of satisfaction.

As a 4K UHD the set is pretty good

As a 4K UHD, the set from Disney is pretty good; the up-scaled 4K image tops the Blu-ray in terms of detail, colour and black level, even if it does little to stand out from the crowd, while the Dolby Atmos surround track is a clear winner with strong bass and plenty of effects. Unfortunately, there is nothing new in the extras department, the included Blu-ray being identical to the one previously released.
﻿