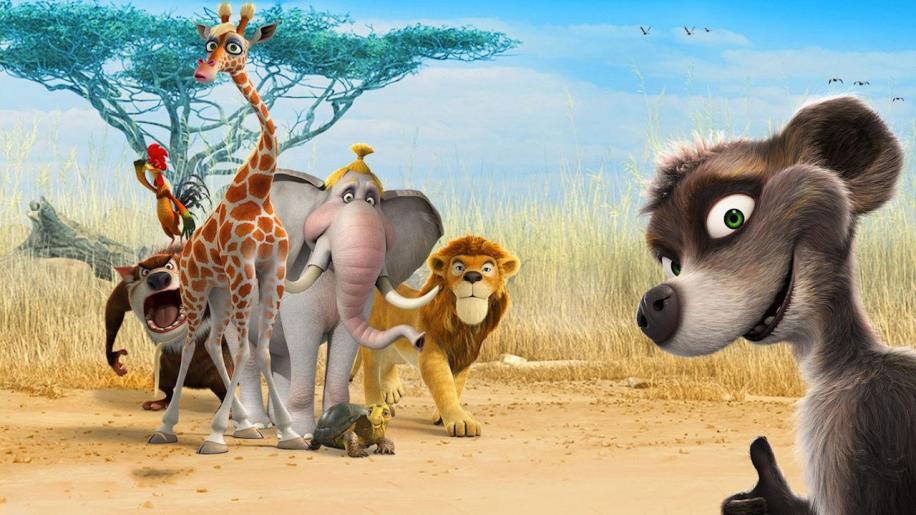 Once in a while a film comes along that will open your eyes to new ideas, challenge your perception, give you pause for thought and, on very rare occasions, inspire. The very nature of the art means that such films are normally specific to the individual, though some do cross boundaries and become that much over used term; masterpieces. Such is the artform, it is very difficult to define exactly what makes a masterpiece, though simplistically an emotionally engaging story told by skilful and emotive actors with a director able to impart feeling through the celluloid to deliberately affect an audience, might be a good start. But, perhaps, that is a debate for another time, for you see, tonight’s feature, a German film entitled Konferenz der Tiere, or better known here as Animals United, is as far from a masterpiece as you can possibly get. In fact, if you say the exact opposite to my masterpiece definition, you come close to describing how Animals United plays out, and that is being very generous indeed....

The basic premise revolves around the environmental issues of damming a river and the impact that has to the land and its animal inhabitants downstream. The entire story is told from the perspective of the animals, which are portrayed as ‘good’, while all human characters, save one child, are seen as ‘bad’. This is because the film, based on a children’s book (Animals Conference), plays things in totally simplistic terms, in essence black and white; the opening scenes are nothing more than to inform us how man is harming the environment (motorcyclist in Australia throwing his rubbish on the floor which sparks a bush fire, drunken Scottish oil tanker captain running his ship aground leaking oil into the sea and not caring) while the animals are soft happy creatures, cartoonish in their attitude (salivating after a can of soda, bouncing/hopping/skipping around without a care, save that of playing golf with dried dung) until we meet a pair of seven hundred year old tortoises who lament the destruction of their habitat and so embark on a journey to find the last spoilt place on Earth – they trip there in a bath with a polar bear, a kangaroo, Tasmanian devil (I think) and a French speaking rooster – which happens to be a fictional delta in Africa where we’ve already met the rest of the cast. But NO! What’s this? The delta is drying up because selfish man has dammed the river, meaning the animals are fighting over the last of the water? Surely a trip upstream, through the valley of Death (but of course) is in order to see what’s going on? Cue ‘cute animals out of their normal situation comedy’ – or not in this case. Until the inevitable teaming up of the animals to defeat mankind and destroy the dam. Was that a spoiler? Does that mean you won’t want to see this film now? Then I have saved you.

The basic premise of the film is sound but its execution is awful; the opening scenes that are meant to warn of the impending doom and introduce us to the main characters of the film play out like a set of unconnected scenes with barely any dialogue to tie anything together. The characters are clichéd and obvious – Billy the meercat is a scatter brain disappointment to his family, but with his heart in the right place, Socrates the lion has an awful back story but is loyal to his friends, the tortoises are old and very wise, rhinos and buffalo are argumentative and rough, I could go on, but you get the idea. The story itself is nothing new, animals banding together to overcome adversity. The situations the animals find themselves in have been seen countless times before; Billy’s son is tormented by his friends due to his father’s ineptitude and is hugely disappointed by his actions; one of the friends is captured and the others have to mount a rescue, an undercover animal helps them in their hour of desperate need, a heartfelt plea is made all the more ‘powerful’ when that character dies; again, I could go on, but I’m sure you can see where this is heading; every situation has been seen or used in other (better) films, many times before.

The film is touted as a children’s adventure, but there is precious little adventure to be had, and yes while the cute animal style may appeal to a child’s eyes, the heavy handed sentiment and complete lack of engagement will very quickly turn them off. Even the ‘comedy’ moments, such as the lamentable slapstick or the insistence that farts are funny (which they can be, just not here) means that even the best intentions are wasted and fall completely and utterly flat. But perhaps worst of all the film fails to entertain, at all. For a run time of ninety minutes I found myself clockwatching for the last eighty, seriously, it is that dull. Even the English dubbing sounds as if the actors were bored – and it had some quality names: James Corden, Stephen Fry, Dawn French, Joanna Lumley, Jim Broadbent, Vanessa Redgrave, Jason Donovan, Andy Serkis, Omid Djalili, Michael Glover and Billie Piper all put their various talents to work, but to no avail, the film is beyond hope. And it’s not something lost in the translation, the film is simply badly written, badly acted and badly presented. Sometimes it can be fun to write a negative review, and, as is often the case with bad films, here at AVForums the review outshines the film itself, I have tried very hard not to do that, so that no one will make the effort to see this film thinking that “it can’t be that bad”. It is.