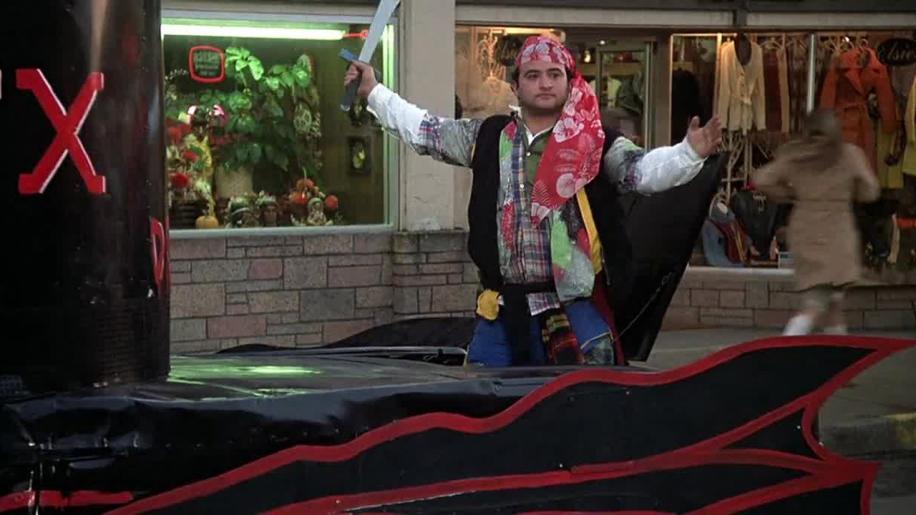 It's 1962 and Dean Vernon Wormer (John Vernon) of Faber College (motto: Knowledge Is Good) informs Greg Marmalard (James Daughton) of rival frat house Omega that from now on the students of Delta House are on probation. “But Dean”, he complains ”they are already on probation”. A clearly flustered Dean Wormer blurts, “Well from now on they are on DOUBLE SECRET PROBATION”. That was when I sprayed my ten-year-old daughter with beer (she was sat on the floor in front of me) as I choked with laughter, and with hardly any pause I continued to laugh until my sides ached for the next 90 minutes, more if you include the extras. Directed by a youthful John Landis and written by Harold Ramis, Douglas Kennedy and Chris Miller (Kennedy and Miller also played small parts in the movie as Deltas, Stork and Hardbar) this is the seminal and probably still the best coming of age college movie. Often mimicked but rarely bettered, all the college stereotypes from other movies are only stereotypes because they started here.

The rather limited plot is merely a reason to string together a hit list of standout scenes from the horses heart attack, to the canteen bun fight, and the infamous toga party. The humour is sometimes subtle and often gross, but always funny. It uses many of the techniques employed by the Zucker brothers, with a scene often having several gags going on at once, a verbal witticism, a double entendre, a sight gag, fertile ground for repeat viewings, and eminently quotable lines (“Someone has to put their foot down, and that foot is me!”). Full of youthful actors who are now well established stars such as Karen Allen, Kevin Bacon, Tom Hulce and Bruce McGill. Donald Sutherland cameos as a dope smoking college lecturer, brought on board to quell the fears of studio execs that thought a big name was needed to attract audiences. Nevertheless John Belushi steals every scene, and ultimately the whole movie as a vehicle for his own anarchic, irreverent, anti-establishment humour. Credo should also go to John Vernon who as Dean Wormer, has some of the best lines, and delivers them with a sneering malevolence, with a hint of incompetence. Superb!