The gloves are on, rather than off! 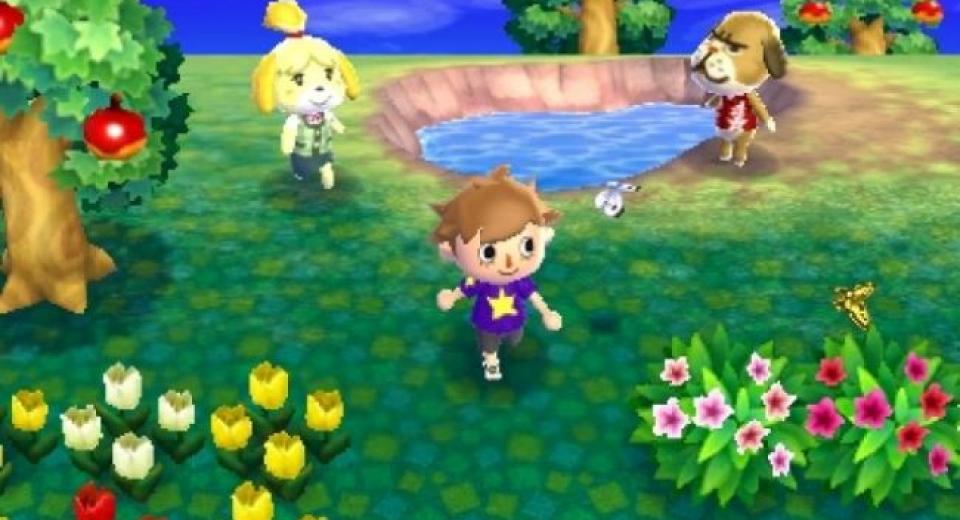 Digging up fossils, pulling weeds, planting flowers, collecting shells and paying off a loan. They don’t sound like activities found in your average game do they? They sound more like a pleasant summer day spent in an idealistic beach house which, to be fair, is pretty much what Animal Crossing: New Leaf is.

Whether you would label it as a game or not is debatable as it is more like a second life/management simulator than anything, but it is so without containing the usual frustrations or annoyances. Your biggest worries tend to be ‘Can I afford to upgrade my house?’ or ‘I wonder if my turnips are worth more than I paid for?’ Yes, you read that right, it all boils down to the state of your turnips most of the time.

So, as it stands, Animal Crossing games have had a pretty fruitful time on Nintendo’s various consoles with the first launching on N64 in 2001 exclusively in Japan before coming west in 2004 onto the GameCube. After that, the preceding titles released on the DS and Wii before finally coming to your beloved 3DS in its current form; New Leaf. The title is quite fitting really, not only in keeping with the nature theme, but also in following the age-old phrase ‘turn over a new leaf’ with its new features and offerings. In what literally is a case of mistaken identity in the opening sequence of New Leaf, you are confused for the due-to-arrive mayor of the town which you are travelling to (which is named by you before you start). This being the main new feature of the game as players have never been granted such a title before in previous outings.

So, you start out as newly appointed mayor of your self-titled town and are quickly bunged into a house which you have to go about paying for. But with no money and no job (other than being mayor, which of course you do for free) where do you start paying off your debt to society and giving your citizens a town to be proud of? Well those tasks outlined at the start of the review are the answer, and these are what you will spend most of your time doing. It may sound trivial, perhaps even boring, but somehow Animal Crossing keeps you coming back without even having to tie you down to it. You just feel like you want to return, like it’s your duty and like it’s a life you would secretly aspire to have. It often feels like the perfect form of escapism, which many games do in truth, but this one has a homely feel about it. One that you don’t get from many titles out there, not even the Sims.

But it does not stop at fossil collecting, oh no, you have many other tasks to perform in order to keep your fellow inhabitants happy and for the game to keep steadily progressing; ensuring the town’s anthem is up to date, along with the flag, and keeping the museum’s collection up to date in an attempt to make your town appealing to everyone. With the entire game unfolding in real time using the 3DS’ internal clock, sometimes there isn’t any more you can do once all the fruit has been picked and the fish have been caught. Thus you are left with nothing more to do than close the lid and come back the following day, which is no bad thing sometimes as waking up to a fresh day can be a nice boost to your morning.

The game keeps the look that it started out with, and that which you will have become used to with most Wii titles, being cartoony and caricature-inspired, with your Mii taking centre stage. Towns however are filled with anthropomorphic animal characters who are charming and polite, with the exception of some troublesome individuals who you will come across as the game progresses. The environment has a nice shine to it throughout, with the light giving your town an appealing glisten as you potter about and tend to your duties. As you’d expect, the 3D serves a purpose but doesn’t really add anything to the overall experience should you have it on.

Animal Crossing is intended to be a shared experience which is evident in its allowance of travel to neighbouring or distant towns over Wi-Fi or ones that belong to people from your friends list should you invite them in. Furthermore, there has been an explosion of discussion via the internet and social media which is brilliant to see; the community feel goes beyond that of the console and cart. There is also a new feature which allows up to four players to travel to the tropical island, Tortimer, where you can compete in mini games and compete for medal acquisition. It’s not something that is available from the off, so this adds to the addictive nature that Animal Crossing holds with its progressive style.

Everything comes in stages with New Leaf, each day brings some new goods to purchase in local stores and new items scattered around to be discovered which you can sell or collect. Then every so often a new resident will move in or a new store will open, allowing you to dive even further into the depths of losing your real life and becoming enveloped by your virtual town.

Being truthful, there’s nothing really world class or innovating about New Leaf, it just does what it does very well and holds a lot of appeal thanks to its mechanics and laid-back nature. It’s one of those games that you can leave for a couple of days and come back to with no worries about keeping up to date with the story or plot, and carry on from where you left off. Of course, that means you’ve missed out on some valuable gathering and selling time, but that’s of no detriment to the outcome of the game, to which there probably is no end. The limit is yourself; how much gardening and maintenance you can do before you decide your days of being a mayor are over, but it’s unlikely that will happen for a while as it is such an appealing and niche title.

It's rare that portable titles get such a good reception as Animal Crossing has, and it is great to see a lot of love for a game that many will negate or not pick up because it doesn't look like their sort of game. If you have a 3DS and don't pick this up then you're doing yourself a massive disservice more than anything, as this deserves more than its fair share of play time in your portable collection.