Paradise is what you make it.... 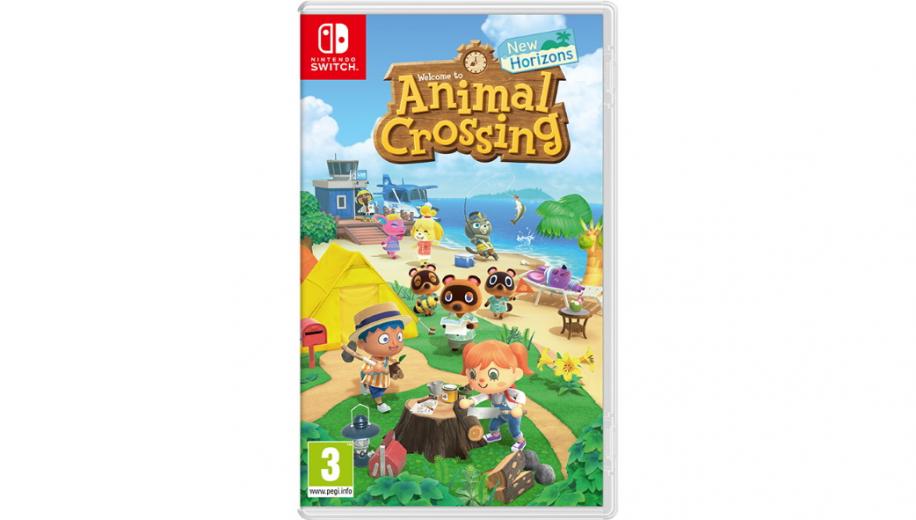 When Nintendo releases one of its own, homebaked games you can almost always count on it to provide something extraordinary. It has a long tradition of furnishing its own console platforms with adventures and oddities you won’t find anywhere else. And it often sweeps the board with awards and adulation.

The Mario games almost always fit into this category. Zeldas too.  And we’d be inclined to include the Animal Crossing games on such an exalted list as well, even without the latest and, undoubtedly, greatest in the series yet – in the form of New Horizons.

Nintendo has taken more time, care and attention over the first Animal Crossing for Switch than with any other of its key franchises, with the last full iteration released for the 3DS in 2012. But clearly that time has been well spent. It is a masterful game that will not just last you a week or even a month – try a year or so.

New Horizons is, like its older siblings, a gentle, cute life simulation – plonking you on a deserted island with just a few walking, talking creatures as company. You will first set up a tent, then help the community flourish through the series’ most in-depth crafting engine yet.

Like former games, progress is largely made through performing a number of basic, everyday tasks. You can fish, collect bugs, dig up fossils, talk to your neighbours and effectively design and expand your surroundings – both inside your own tend/house and on the island generally.

Where this latest game differs is that just about everything you can see is a resource, from the trees and stones scattered around the landscape, to minerals found inside rocks and, even, the weeds on the ground.

These can be shaped and moulded, first into the tools you need to collect items more effectively, and then larger, more complex products and structures to enhance island living.

There is an excellently balanced learning curve, that starts you with basic crafting (DIY) recipes at first, then introduces more complex builds that require more diverse materials and, before you even know it, your personal skill set has advanced as seamlessly as your village.

Nintendo has taken more time, care and attention over the first Animal Crossing for Switch than with any other of its key franchises

There is a lot more to Animal Crossing: New Horizons besides, not least up to eight player optional online and local multiplayer, but part of its intrinsic fun is in discovery, so that’s something we’ll leave to you.

The one thing that is also worth mentioning, however, is that this game runs in real-time, with a genuine 24 hour day/night cycle and across all four seasons of the year. And, as you get different collectables, graphical flourishes and general tasks depending on the time of the year, this isn’t a game that you’ll play for a few days, a week or even a month, you could find yourself dipping in and out over a year or more.

That might seem too much of a commitment to some. Although, considering its laid-back, casual demands, even they could find it being an ideal, daily escape from the rigours of the real world.

The Nintendo Switch is not known for its home cinema quality graphics, being portable games machine perhaps foremost and home console second.

Nintendo has adopted a clever palette

But that being said, its 1080p 30fps graphics when docked are crisp enough to look equally effective on a bigger screen than in 720p on its built-in display.

There is no HDR support – the Switch doesn’t naturally cater for the wider colour gamut, nor contrast benefits – but we have to say that Nintendo has adopted a clever palette nonetheless. With differing weathers throughout the year and a day/night cycle in effect each day, you have an excellent use of gradation, especially during sunrise and sunset.

With a cartoony feel, the colours are bold and well defined – with the best use of lighting displayed, perhaps, in the on-site museum that, once built, shows off your bugs, fish and fossils in separate, beautifully illustrated exhibit halls.

When played in handheld mode, we have to admit a fondness for the Switch Lite’s more yellow-tinged 5.5-inch display over the standard Switch’s slightly whiter 5.2-inch equivalent, and it makes Animal Crossing: New Horizons look more cinematic by effect.

Audio is perhaps less important with such a game as, say, Call of Duty: Warzone – you don’t, for example, have to listen out for a cartoon badger sneaking up on you with an assault rifle.

However, there are several key audio notes that do make a difference. Some of the in-game events are accompanied by their own, unique sounds – such as when a collectable package is flying overhead tied to a balloon. If you don’t hear its whooshing wide effect, you could miss it. Also, when catching fish, you have to listen out for the bite.

Other than that, the sound experience is largely ambient. It’s cute, like the game, but not essential. And you’ll probably even get tired of hearing the gibberish speech patterns of the islanders after a while – enough to even turn the volume down.

Naturally, the game outputs in stereo when in handheld mode, but provides a reasonable 5.1 otherwise.

It is also the gaming equivalent to dolphin song, helping you put the stresses of the real world to one side each time you visit.

Nintendo has once again managed to bottle magic. Animal Crossing: New Horizons does have a caveat or two – you can only have one island stored per Switch, for example, so everyone in a family has to inhabit the same location. And there are no cloud saves, so you cannot continue your progress on another Switch.

But these are minor quibbles when considering that, in all other instances, this is a game very much designed with the player in mind and heart. It is simple to enter, but remarkably difficult to put down again. It is also the gaming equivalent to dolphin song, helping you put the stresses of the real world to one side each time you visit.