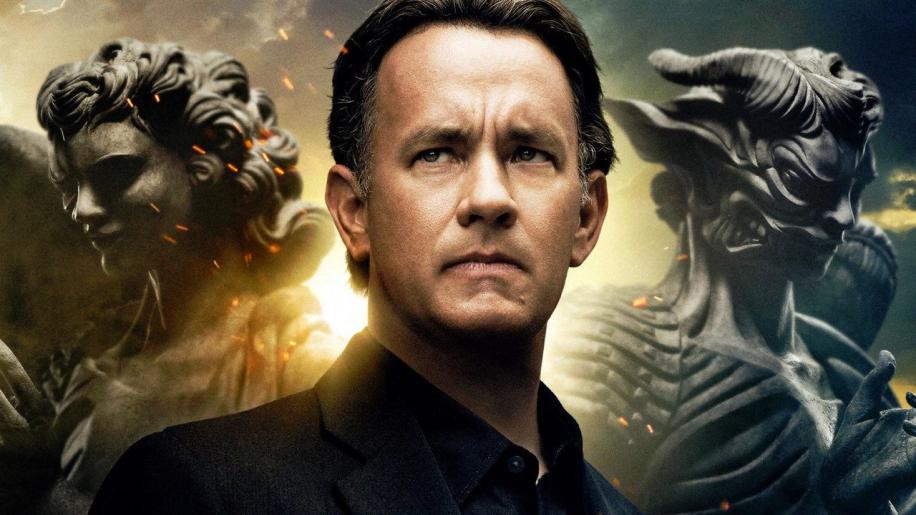 There haven't been too many movie releases this Summer that I've really wanted to see but 'Angels & Demons', the sequel to 'The Da-Vinci Code', was probably top of my hit list. For starters it's directed by one of my favourite modern day directors, Ron Howard, who not only directed the movie version of Dan Brown's first novel , but also was responsible for 'Apollo 13' , 'Frost/Nixon' and 'A Beautiful Mind'.

The movie opens with the crushing of the Ring of the Fisherman, signifying the death of the Pope in Rome. As the world waits with bated breath for an announcement of his replacement as the Vicar of God on Earth, a secret society (the Illuminati), persecuted by the Catholic Church back in history would appear to be now attempting to get its own back, by kidnapping four Cardinals (the Preferitti) with the threat that they will be publicly executed on a set timescale.

Robert Langdon: Oh geez, you guys don't even read your own history do you? 1668, the church kidnapped four Illuminati scientists and branded each one of them on the chest with the symbol of the cross. To 'purge' them of their sins and they executed them, threw their bodies in the street as a warning to others to stop questioning church ruling on scientific matters. They radicalized them. The Purga created a darker, more violent Illuminati, one bent on... on retribution.

So that's the history lesson, but now for the science bit as we're brought bang up to date with the theft of anti-matter from CERN, in Geneva, the organisation responsible for building and operating the particle accelerator, the Hadron Collider. The anti-matter is held in suspension in its container by electro-magnets, which rely upon battery power (hope they used Duracell) to stop it being released and mixing with matter - creating a big bang that would wipe out the Vatican and possibly most of Rome. Naturally, the batteries are being drained and will run out just before midnight.

So who ya gonna call?

Step aside - this is a job for Tom Hanks who reprises his role as symbologist Robert Langdon who's dragged into the affair while having a swim at Harvard University.
Now, as many people will have been looking forward to seeing this movie as much as me, I can't really reveal much more of the plot for fear of spoiling their enjoyment of the piece. I'm on a bit of a cleft stick here.
Suffice to say that Langdon has to try to find and save the lives of the four kidnapped Cardinals by solving a string of mental puzzles that will lead him to them and ultimately to the big bang bomb before it goes off. Does he succeed?

Langdon is aided and abetted by Vittoria Vettra (Ayelet Zurer), a CERN Scientist who adds a certain amount of 'eye candy' but there's no time for any hanky panky as Langdon is clearly under pressure and focussed on following the trail of clues against the clock.
Commander Richter of the Swiss Guard (Vatican Police chief), played by Stellan Skarsgaard (last Seen in 'Mamma Mia' but relax, he doesn't sing here) has a cynical outlook on the situation - “What a relief, the symbologist's here!” - and there's conflict as he and Langdon simply tolerate each other's existence.
Surprisingly good is Ewan McGregor in the role of the Camerlengo Patrick McKenna, a priest who co-ordinates the Pope's non- religious activities. The name of his character was changed to allow for his Scottish ancestry (source Movie IQ), yet he plays the part with an Irish accent.

The movie was a real challenge for the production team, as it's set in Rome and the Vatican weren't too enthused so they weren't allowed to film there. With the aid of CGI, green screen and large scale construction, the moviemakers built their own Rome. St Peter's square was actually a car park in the Hollywood area. The end result of the compositing is totally believable. Not once did my brain say 'Hang on, wait a minute - that's fake'. Not only do the sets look great, the costumes are stunning too. Apparently 138 Cardinals had to be provided with costumes for the conclave scenes and all that scarlet on screen leaps out at you, almost like early Technicolor.

This is a modern thriller and so we have modern filming techniques. You know the kind, where the camera is always on the move. I wouldn't go so far as to call it 'shaky cam', but the effect upon the audience can be quite disorientating although it certainly keeps the pace up. Clearly this effect aids the director by keeping the audience at his mercy.
Ron Howard has shown again that he knows how to tell a story well and uses every piece of technology in his arsenal to 'get away' with this incredibly technical feat of cinema and logistics.
This isn't the type of human story where Howard normally excels, there just isn't the time to investigate relationships or to get to know the characters. We're pretty much thrown into the story, relying upon familiarisation with Langdon's character from the previous movie, and the first 20 minutes is used to bring us up to speed with the basic plot - then it's on to the problem solving.

Many people will make comparisons between 'The Da-Vinci Code' and 'Angels & Demons'. Many, too, will also compare the movies to the novels.
While 'Angels & Demons' is a very competent, fast paced thriller with a few red herrings to keep the audience guessing, it does not have the great, earth shattering, controversial revelation that 'The Da-Vinci Code' had - that Jesus may have fathered a child. This, although fiction (?), had the effect of leaving the audience in silent reflection at its end.
As the credits rolled on 'Angels & Demons', I was mentally still ticking off the clues and solutions to the twists and turns. You can't switch off for a minute or you get left behind. So it's a different kind of film, but one that entertains nonetheless - sometimes in a rather gruesome way. Is it better than 'The Da-Vinci Code'?

I'd say both are good, but different.

In comparing the film with the book, I won't reveal what it is but there is a significant change near the end of 'Angels & Demons' that will have audiences who have read the novel asking 'Why?'

We all know that, over the years, film makers have taken 'poetic licence' with a story. It's usually because they need to compress time, but in this case it's because they thought it made the movie story better.

So what's the change?

Watch it and find out for yourself.