There is so much more at stake 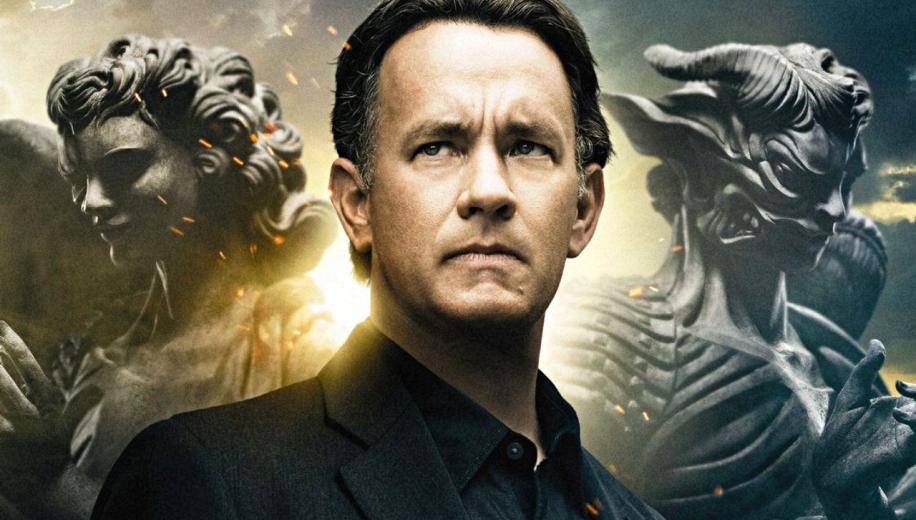 Our church is at war. We are under attack from an old enemy, The Illuminati. They have struck us from within and threaten us all with destruction from their new god - Science.

Professor Robert Langdon, world renowned symbologist, returns, fresh from his controversial discoveries in The Da Vinci Code, only this time he is helping the Church. When an ancient sect, The Illuminati, kidnapped four Cardinals, threaten their murder and even the destruction of Vatican City itself, only Langdon can help by following the carefully laid out clues to discover their whereabouts. Angels & Demons was actually the first novel by Dan Brown and has been re-written as a film sequel, and actually works very well in that regard. Since the character of Langdon is already established, the brief ‘swimming pool’ introduction is soon out of the way and he is whisked off to the Vatican to try and help discover who, or what, is behind these attacks on the Church.
As a narrative structure, Angels & Demons, is far better suited to a motion picture than its predecessor The Da Vinci Code, which was flabby and meandering. Angels & Demons by contrast is lean, tight and has a purpose with a definite end goal; there is a tangible sense of threat and ultimate solution. Of course it is still about Langdon accompanied by a delicious Italian, rather than French, lady helper, solving puzzles to get to the next clue, but with lives on the line there is so much more at stake. Director Ron Howard maintains the pace and the threat, keeping the character motivations defined. The plot has some decent twists and turns, but nothing that a savvy audience won’t pick up on, so the final reveal doesn’t prove to be quite the shock it was intended. Angles & Demons was shot using various Arricam cameras on 35mm film using he Super35 process in a 2.35:1 aspect ratio and was scanned and finished as a 4K Digital Intermediate, which has been used for this Ultra HD Blu-ray. The film is presented in a 3840 x 2160p resolution and a widescreen 2.39:1 aspect ratio, the disc uses 10-bit video depth, a Wider Colour Gamut (WCG) and High Dynamic Range (HDR), and is encoded using the HEVC (H.265) codec. We reviewed the Region free US Ultra HD Blu-ray release of Angles & Demons on a Panasonic 65DX902B Ultra HD 4K TV with a Samsung UBD-K8500 Ultra HD Blu-ray player.

Another true 4K release from Sony following The Da Vinci Code and one that is every bit as good as the format hopes to be. Detail is absolutely superb from the minutest skin texture and clothing weaves (check out the Papal garments) to brickwork, painted walls, wooden flooring, marbling in statues to overviews of the cityscapes with church spires and domes stark against the countryside. This fine detail is a marked improvement over the Full HD Blu-ray (included in the set). And as good as this is, the colouring is even better.

The benefit of HDR and WCG means that there are colours available to the UHD disc that are simply not in the Full HD version; this is very evident at the last chapter point (Langdon and Vetra are sitting in a very ornate anteroom waiting to see the new Pope) where the sun light streaming in on the Full HD Blu-ray washes out the right-hand side wall, where as in the UHD there is defined brightness and clear detail in the brightness (like in real life) while the overall colour is a far richer yellow/orange with deeper gradations and the gold of the furniture looks like gold, while you can now read the clock face numbers – a wonderful image the smashes all over the Full HD Blu-ray. Colouring is rich and vivid throughout, the red of the Cardinals is of particular delight. Check out how deep flames look!

Brightness and contrast give a good representation of black, there is far more shadow detail in the UHD disc, most evident in dark clothing in a dark room. However, I felt the black did fade a bit to grey in places which robbed the picture of some of the inherent depth otherwise associated with inky levels. The whites, however, had no such issues.

Digitally there were no compression issues or edge enhancement, and the original source is in pristine condition and is replicated here. There is good grain structure which helps retain the organic nature of the piece, although in once scene (Langdon in the swimming pool, looking over the shoulder of the Vatican policeman at the windows) it crawls and looks very artificial and nasty – in the Full HD Blu-ray the window is clear without grain – but otherwise all is fine. The UHD Blu-ray of Angles & Demons has been remixed with a Dolby Atmos soundtrack that can be listened to in 5.1, 7.1 or various Atmos configurations.

Simon Crust reviewed the audio using a standard 5.1 channel setup – Plenty for the speakers to be happy about in this track; right from the off as we follow the particles through the Hadron Collider we are treated to a sonic assault that flies through and around the room with absolute precision. The surrounds help to fill out ambience as well; echoes, street noise, crowds, traffic, reverb – all allow you to believe you are in the centre of the action. Dialogue is dominated by the frontal array, well layered in the mix so nothing is lost and given a little directionality when required. The score makes full use of the speakers and has some terrific bass, some of the deepest I’ve heard in a while. Bass itself is very tight, there are plenty of LF effects, from the aforementioned score and Hadron Collider to traffic, explosions and fire. Exceptionally well layered while retaining finesse and not afraid to get heavy, this track is fantastic.

Steve Withers reviewed the audio using a 7.2.4-channel Dolby Atmos setup – Sony Pictures continue their policy of including a Dolby Atmos immersive audio soundtrack with every Ultra HD Blu-ray release. The studio should be congratulated because, as in the case of Angels & Demons, there was no Atmos soundtrack for the original theatrical release and the studio has had to create a new object-based mix from scratch. The results are certainly worth it and the soundtrack is another cracker that takes full advantage of the multi-layered capabilities of the format. Naturally the big sequences benefit, such as the CERN opening, the helicopter scene and the anti-matter bomb but so do other set pieces. The sequence in the Vatican archive where Langdon and his partner are literally gasping for air really benefits from the use of Atmos and the surrounds and overhead channels are used to bring any scene to life with natural and immersive ambient sounds and atmospheric effects. There is a surprising amount of bass and your subwoofer will get a thorough workout, with the action scenes nicely underlined by low frequency effects. The score also makes use of the bass and is mixed effectively across the front soundstage and occasionally into other speakers as well. The dialogue is always clear and focused to the action on screen and overall this is marvellous soundtrack with a nice balance and plenty of height layers – well done Sony. Disc 2 – Full HD Blu-ray
Theatrical Cut of film
Seven legacy features ported over from the previous releases
Rome Was Not Built in a Day – Twenty minute making of feature that looks at sets, production design, visual effects, the fallout of the controversy surrounding The Da Vinci Code and a bit about the score.
Writing Angels & Demons – Ten minute short about adapting the book into a film.
Characters in Search of the True Story – Twenty minutes on the main character’s strengths and how that translates to the story.
CERN: Pushing the Frontiers of Knowledge – What is CERN, what does it do and why is it in the film; all in fifteen minutes.
Handling Props – Eleven minutes looking at prop design and importance.
Angels & Demons: The Full Story – Ten minutes discussing the production of the feature.
This is an Ambigram – What are ambigrams and why are they in the film, in four minutes.

New for this release
Legacy of Langdon with First Look at Inferno – Shameless ad for the new film with everyone totally in love with it and their respective selves.
Extended Cut Scenes – Running at 9 minutes these have already been integrated into the previously available ‘Extended Cut’ although not included in this set, and are here as a standalone feature.
Teaser Trailer
Theatrical Trailer Angels & Demons sees famed symbologist, Robert Langdon, return after the controversies of The Da Vinci Code, to, this time, help the Church against an ancient sect, The Illuminati, after they kidnap four Cardinals and threaten to destroy Vatican City with an anti-matter bomb. The plot still revolves around Langdon chasing around the city solving cryptic puzzles in the hope of saving the day but the narrative makes for a much better film. This time around there is an actual threat and a tangible cause and effect, while the characters are realistic in their portrayal. Whilst the final reveal can be spotted by a savvy audience, the drive is such that the film remains enjoyable throughout.

As a 4K Ultra HD Blu-ray package the set from Sony is really quite good; the native 4K picture is a stunner, and a good step up from the Full HD Blu-ray (included in the set) in terms of fine detail, but more especially the array of colours available and the dynamic range which highlights more depth to black and height to whites giving a far more naturalistic picture. The remixed Dolby Atmos soundtrack is also amazing; its wide separation, superlative bass level and pinpoint accuracy with the effects adding a huge amount to the surround environment. The extras are mostly re-hashed from previous releases with the only new stuff an advert for the up and coming new release Inferno.

You can buy Angels & Demons HERE