If this had been the second film, audiences may have actually been looking forward to a third. 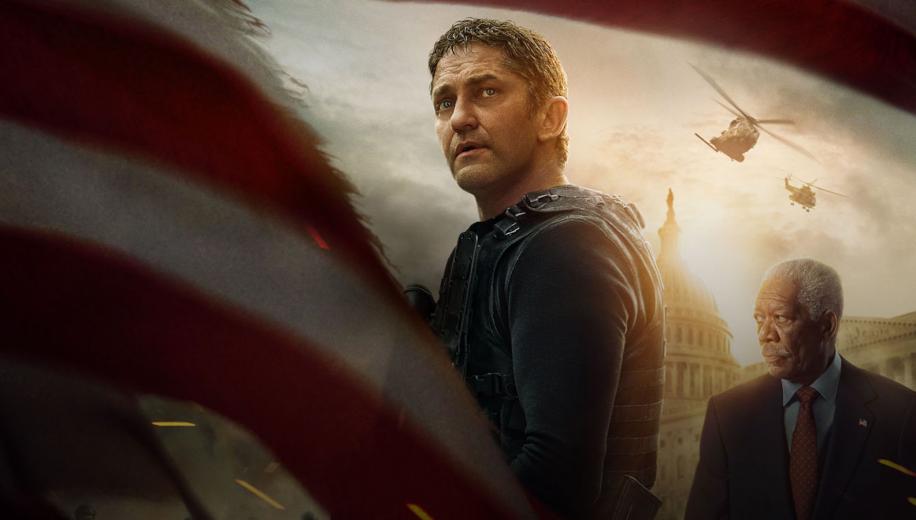 The sequel that nobody asked for after the last one, Angel Has Fallen gives Gerard Butler another shot at delivering old school throwback thrills in the vein of Olympus Has Fallen.

2013's Olympus Has Fallen was an unexpectedly enjoyable R-rated Die-Hard-in-the-White-House effort but Butler's 2016 sequel, London Has Fallen, was something of a disappointing mess, and nowhere near as gloriously satisfying as its predecessor (think: Taken 2). Now, another three years later, we get the supposed conclusion to the first Fallen "trilogy" (notwithstanding the recent announcement of another three "Fallen" films), which Butler personally promised would be darker and more character-driven than the previous two. All fans really wanted it to be was coherent and not too cliched though, with boat-loads of well-choreographed action. And, somewhat surprisingly, that's exactly what you get.

The story has heroic Secret Service Agent Mike Banning (Butler), who pretty-much single-handedly saved the last President's life, twice, framed for an attack on the current President (Morgan Freeman), and forced to go on the run to clear his name. Thankfully, there's a decent amount of meat they add to these bare bones and the promise of the film being darker and more character-driven than its predecessors is, technically, delivered upon, albeit primarily because the last two didn't really care a jot about character or 'darkness'. Here, there's a premise that suggests Banning is burnt-out, addicted to painkillers, and struggling after the aftermath of his last two tours saving the day. His wife (Piper Perabo) wants him home more to bring up their young baby, and his old comrade in arms (Danny Huston) appears to be worried for his health too. Hell, even Freeman's President starts to notice that Banning is struggling, and when he ends up on the run, our hero has to dig deep to find a way out, reopening long-closed but still unhealed family wounds to give himself a chance to get back in the game and clear his name. It's hardly groundbreaking, but Angel Has Fallen gets the job done, and a whole lot better than London did.


It's hardly groundbreaking, but Angel Has Fallen gets the job done, and a whole lot better than London did

There are several impressively staged action sequences - they blow a lot of stuff up in this movie - and there are only a few frames of dodgy effects in the final act, which is impressive considering the budget and no-name director. Ambush sequences are nicely staged and only one shark-jumping truck moment is nicely curtailed by segueing into the scene-stealing cameo of the entire show: Nolte. Yes, a pushing-80 Nick Nolte absolutely turns the movie around midway through, giving a whole bunch of proper laugh-out-loud moments in scenes of absurd (but, again, satisfying) pyrotechnics, and basically stealing the show, like he's stepped off the set of Warrior and still has a thing or two to say about regret, whilst also remembering one or two things he learnt in 'Nam.

Nolte provides much-needed respite in a 2 hour action epic which builds to an Alamo-esque finale that, again, provides some well-staged action, with Wick's Lance Reddick on hand to add a little to the mix, and Danny Huston chewing his words - and the scenery - in his own inimitable way, giving the film an added dimension that arguably the last two have lacked in this particular department. If you (understandably) jumped off after the mess that was London Has Fallen, then you should rest assured - whilst this isn't quite the brutal, lean throwback gem that Olympus proved to be back in the day, it's a whole lot closer to the mark, possibly even bringing a hint of character depth to the battlefield. And, hell, if you actually forgave London its mistakes, you could probably easily throw an extra mark on the score to this one and bump it to an 8; it's certainly unlikely to disappoint fans of both previous movies. And if they'd made this film as the first sequel, more people may have actually been looking forward to a third, rather than just being ambivalent towards it.

Shot digitally at higher resolutions, and then gifted a full-fat 4K Digital Intermediate, Angel Has Fallen oozes detail and texture, enjoying the battered (at least come the end of the movie) visages, the weathered look of Nolte, and the "Massive D" environment, where basically everything is up for being blown up. Effects obviously wear thin around the edges, showing up during some of the greenscreen work at both the start and the end, but the real pyrotechniques are - conversely - absolutely spectacular, and even moreso with Dolby Vision lighting the flames. It's a gritty-looking affair, gifted some faux grain which DV brings out that little bit more, but that mostly suits the tone they were going for, and never really distracts from your enjoyment of the piece. As alluded to, WCG, HDR and Dolby Vision are arguably the most important pieces in this puzzle, gifting the image superbly deep, inky, blacks, impressive shadow detail and vibrant tones where required, in an otherwise suitably dour setting.

A thunderously satisfying track
Unsurprisingly, Angel Has Fallen's High Definition 3D Object-based Immersive Audio Dolby Atmos track is a thunderously satisfying track. Sure, dialogue gets a look in, prioritised, and rendered with clarity even in the thick of things, but this track is all about the effects and score, and all about the bass too. From the overhead thrum of the drone attack to the insane incendiary mayhem on offer, there's both keen directionality and ground-shaking LFE action on offer, whipping up a storm through a succession of action setpieces, and waking the neighbours when it comes time for Nolte to get his bag of tricks out midway through. Gunshots ring out with a boom and echo, and the score gives a low-end rumble of veritable weight to the proceedings, rounding out a tremendous demo - and arguably reference - offering.

After London Has Fallen, rest assured - whilst this isn't quite the brutal throwback gem that Olympus proved to be, it's a whole lot closer to the mark
Angel Has Fallen made an impression on its theatrical release - making up for some of the mistakes from the last instalment, and earning the franchise a rumoured further trilogy-in-the-offing - and now it enjoys a suitably spectacular Ultra HD Blu-ray release, with impressive native 4K Dolby Vision-enhanced video, a thunderous Dolby Atmos track, and a few nice extras to round out the package. If you enjoyed the first in the series, then it's worth checking out, and if you enjoyed the second, then it's probably a blind buy.