...And Justice for All. Movie Review 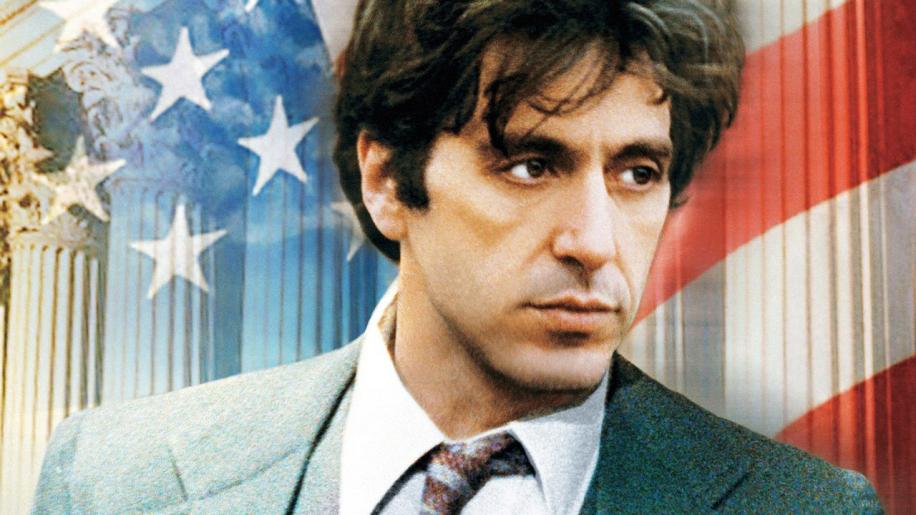 Everybody has their favourite actors and actresses – sometimes it’s to do with looks, but, in the long run, it boils down to talent; Jessica Alba’s lack of the latter has left her really quite a boring commodity, despite her outward appearance. The thing about the performers you do like is that you want to see more films from them, and, for the veterans out there, this comes through hunting through their film history and picking out the gems. The better the actor, the more rich the reward – if you look at De Niro’s first two decades of movies you’ll find half a dozen films that all make many critics’ ‘top 100’ lists. Al Pacino became famous through Coppola’s Godfather movies, but in the intervening decades he did a number of other interesting works which have all also received critical acclaim – from Serpico to Dog Day Afternoon. But in 1979, a few years after Godfather Part II and a few years before Scarface, he did a film called ...And Justice for All. And I had never heard of it. The thing is – I’m a great Pacino fan, and I really thought that I had seen all of the movies that I needed to see from his illustrious career. But here was a film he’d done in the early part of his career – one which he’d even received an Oscar nomination for – and yet I had never even heard of it, let alone seen it. Well, I surely had to rectify that.

Arthur Kirkland is a top defence attorney, whose innate sense of justice often lands him in trouble with the Judges that he is before. His latest stunt has landed him in jail for contempt of court, having punched out a Judge for convicting his client on a technicality, without bothering to take a look at the evidence which conclusively proved his innocence. His nursing-home-bound father is slowing losing his memory, and with one of his law partners suffering a nervous breakdown over a murderer he got acquitted – and who subsequently killed a couple of kids – and a legal ethics committee investigating him and his friends (complicated further by the lady on the board who he happens to be sleeping with), Kirkland is on the edge. All he wants to do is see justice done, and he finds it impossible to come to terms with the fact that his chosen profession does not always allow for that. His latest case is to defend the very Judge who he punched, who is now up on rape charges. Despite the mutual hatred that they feel for one another, the Judge wants Kirkland to represent him for political reasons – if the defence attorney who despises him is representing him, then this cements his innocence. But Kirkland isn’t interested. When threatened with being disbarred, however, Kirkland has no choice. It doesn’t much matter whether or not the Judge is guilty, if he doesn’t get him off, this could be the end of Kirkland’s career.

The man behind In the Heat of the Night, and the original Steve McQueen vehicle The Thomas Crown Affair, I can immediately see why director Norman Jewison took on this courtroom drama project, which also happens to have been co-written by writer/director Barry Levinson (Rain Man, Good Morning Vietnam, What Just Happened). It’s an interesting tale, running with multiple concurrent storylines which overlap and have significant effects on all the key players. It also bears the cynical stamp of the late 70s, a decade full of political and conspiracy thrillers, where flaws in the system were often highlighted, and where little people were frequently stepped on by the powers that be. The story here is clearly designed to highlight the inherent problems with the US legal system, as well as looking at both the high-level corruption and the futility of the committees set up to rout it out, who only appear to catch the small fry on innocuous, harmless and petty legal violations. And featuring a powerhouse performance by a young Al Pacino, on top shouty form as the voracious, hot-headed and idealistic lawyer who is repeatedly confounded by the aforementioned flaws, ...And Justice for All should have been a classic piece of courtroom drama.

The trouble is that the production is far too melodramatic for its own good – and I’m surprised that nobody felt this at the time, the movie itself receiving two Oscar Nominations: rightly so for Pacino’s performance, but certainly not so much for the screenplay which, unfortunately, whilst boasting a great premise and some strong story points, unfortunately devolves into outright farce far too often. It’s just too ridiculous – there’s one Judge who is potentially suicidal, eating his lunch on a third floor balcony, shooting his .45 in court just to get some order, and even attempting to blow his own head off with a full-length double-barrelled shotgun in one of the court bathrooms. In one completely over-the-top scene he takes the uncomfortable Kirkland for a joyride in his helicopter – and promptly crashes because he wanted to see how far he could fly on an empty tank. It’s massively overacted, totally over the top, and wholly out of place. Similarly Kirkland’s legal buddy, who suffers a nervous breakdown, does so in the most ridiculous fashion – in a scene that would feel more appropriate to a slapstick comedy by Laurel & Hardy or Abbott & Costello. In a serious drama, which dissects the potentially deadly flaws in the US legal system, and has examples of anal rape, gang rape, suicide – even a dangerous hostage situation – these silly moments really take you out of the drama, as if they were written by a different screenwriter, or included in the production because of Studio orders.

It’s a real shame because there’s a lot of great material here – a solid central storyline which draws all of the orbiting sub-plots in towards it, and eventually climaxes in that famous courtroom scene for which the film is best remembered. You know, the one where Pacino is told he’s out of order and shouts back (like only Pacino can) “You’re out of order! You’re out of order!!” in front of a bewildered jury. It could have been a great scene, a real “You want the truth? You can’t handle the truth!” moment, had the rest of the story been played totally straight.

Interestingly Al Pacino was trained under a certain Lee Strasberg – the man who taught method acting to the likes of Robert DeNiro and Marlon Brando – and Strasberg actually appears in one of his rare film roles here, playing Pacino’s character’s increasingly senile dad. I researched the various schools that taught method acting – and the various styles – more comprehensively in my recent review of DeNiro’s masterpiece, Raging Bull, and it’s interesting to see the specific teacher actually in action with his student. Strasberg only lived a few more years and he’s very good here as Pacino’s father, but you have to wonder why he didn’t try and rein Pacino in a couple of times. Don’t get me wrong, it’s a great performance from the man who later perfected his art in the likes of Scarface and Carlito’s Way, but there are moments where even Pacino goes too far – the aforementioned helicopter scene sticks out, a sequence which requires Pacino to scream and cower in the corner of the cockpit like a scared child, and which doesn’t make any sense. Particularly when, afterwards, he doesn’t appear to be in the least be aggrieved with the guy who almost killed him.

At the end of the day I’m sure you could pick ...And Justice for All apart quite easily, but it was still a necessary stepping-stone in Pacino’s career, taking him on to bigger and better things. It’s not a bad watch, is certainly compelling throughout, making you want to find out what is going to happen to these tragic individuals, but it’s just a shame they didn’t polish it up into a more consistently serious drama, rather than a mixed bag of deadly seriousness and outright farce (unintentional or not). A flawed early-era Pacino flick, complete with painfully dated score, I can’t wholeheartedly recommend it to even those who love the man because, to be honest, the jagged stylisation can be a bit abrasive, and will potentially spoil the entire movie for many people. I can certainly better understand now why, as a great fan of Pacino, I hadn’t ever come across this movie. Still, for those who are prepared for some misguided secondary performances and quirky, out-of-place scenes – and who are prepared to see through them to the solid courtroom drama beneath – there are some very intriguing ideas, interesting themes and quality young Pacino shouting on offer to entertain.