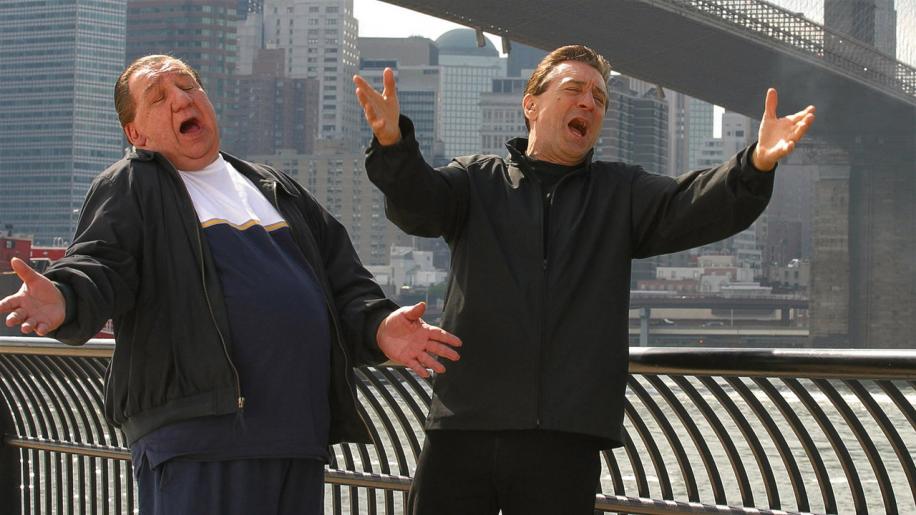 Analyze This was a huge sleeper hit back in 1999. The film was witty, had the pairing of Billy Crystal as Ben Sobel a psychiatrist, and Robert DeNiro as Paul Vitti the Mob Boss, the film received good critical reviews. So anyone for a sequel then? The story starts with the funeral for Ben's father, and a phone call from Paul Vitti who is serving time in Sing Sing Prison. Vitti has lost his mind and is continually singing West Side Story songs. He is convinced someone is trying to kill him. For some reason the DA decide to release Vitti into the custody of Ben Sobel who must get Vitti to start a normal job and leave his life of crime. After many attempts at normal jobs, Vitti lands a job as a consultant on a Sopranos type drama series, but with his old crew back together, and Ben losing HIS grip on reality, there's a job going down and only one man who can stop it.
The story this time around is mildly entertaining but the script is not as tight or as funny as it could be, and the chemistry between DeNiro and Crystal is not as convincing as it was in the first film. The pacing is steady and the film passes pretty quickly and it has it's moments, it is just not as funny as it thinks it is