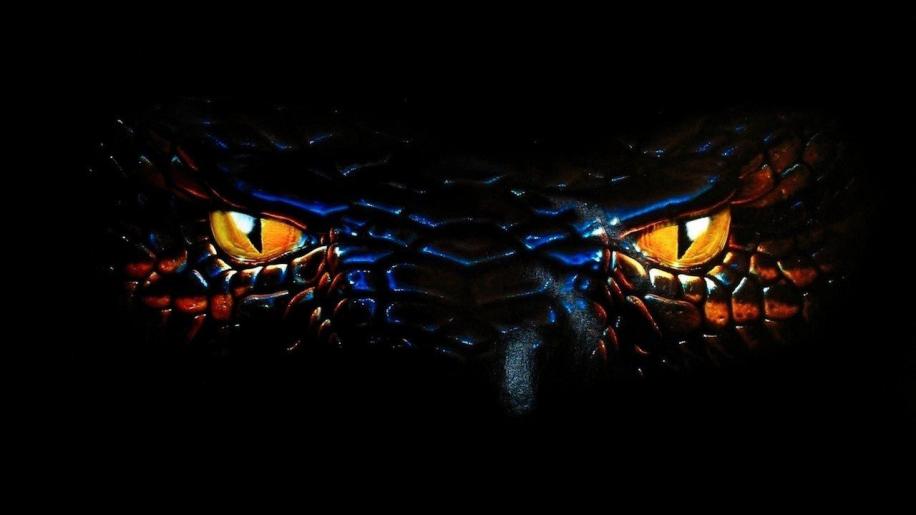 Just when you thought it was safe to go back to your cinema room and indulge in your favourite viewing pleasures with sterling releases lined up to the hilt, you're faced with the ugly sisters from Cinderella, something which has little to no redeeming qualities whatsoever. You sit down, you've had your fill of classics long since past, Jaws for instance, and in its wake you found yourself trawling through the depths of Grizzly, Piranha or even any of the Jaws sequels. Now, many years later, you find yourself back at square one; it might not be safe to go swimming in the shallow sun drenched depths off Amity Island, but the question is... is it safe to take your scuba diving gear down the leech ridden Amazon? The answer is a resounding no!

Director Terri Flores (Jennifer Lopez) is embarking on such a trip, hoping to find, film and document one of the many lost tribes secreted along its winding banks. In tow are camera man Danny (Ice Cube), anthropologist Steven Cale (Eric Stolz), soundman Gary (Owen Wilson) and narrator Warren Westbridge (Johnathan Hyde). Winding down that age old river they eventually stumble on Paul Saron (John Voight), ex priest turned snake hunter. Paul offers a deal where he will show then the location of the mythical tribe if they give him a lift to the nearest port; it seems like a fair enough trade.

All is not as it seems though and it looks as though Paul is not necessarily directing the film-makers to their lost tribe. In fact it does seem as though he has his own agenda, and that's to hunt and capture the world's largest snake, the famed anaconda.

We all have a general rule of thumb when seeking out movies to watch and those rules change from one person to the next. For those who scrub romantic comedies off their list there's always those who will find a space in their heart for the latest mind numbing pop corn drivel whilst avoiding anything with any real depth. That's cool, each, as always, to their own and one man's Citizen Kane is another's bore fest of the highest order. My rule is this... if it has some god awful singer in the lead role then it's bound to be scraping the bottom of a rotten barrel. It's served me pretty well over the years and I should have listened to my instincts here as well, especially because Jennifer Lopez is backed up my another “singer turned not very good actor”, Ice Cube. I mean call me old fashioned but if my surname was Cube then I don't think I'd be calling my son Ice!

The film plays it completely by the numbers, the shocks are in the required places and you can predict them coming a mile away. There's nothing new or inventive about the structure or the characters each of them woefully play. You know beforehand when there's someone in the water then there's bound to be a commotion of some description just right round that corner. You know if someone goes marching off into the jungle on their own then they're unlikely to come back physically or mentally intact. You know who the bad guy is from the start and you know that by the end of it he'll get his comeuppance in the most predictable way possible. The opening titles give you some indication as to how and why the anaconda eats and you know at that very moment that the despicable bad guy is bound to go that way; it's just all too obvious.

The only saving grace that this film might have, and even then you are talking after a few beers and a vindaloo on a Friday night, is guessing which of this motley crew will go and what order they will go in. It makes a good party game if you lay sides bets on the running order these so called actors will find their way into the belly of the beast.

Really I wasn't expecting anything from this film and the actors playing the roles, Jennifer Lopez and Ice Cube are not actors; Cube perhaps nosing out in front of Lopez but not by much. They might be able to sing but really their talents lie elsewhere and personally I feel they should concentrate on what they are good at. Wilson is much the same as he always is in all of his films: likeable and a little cheeky (and he wonders why his career never took off in the way he probably desired). He just doesn't have any range of emotion whatsoever.

Then we come to John Voight, a man remembered for such parts as Midnight Cowboy, Deliverance and Catch-22. He's made his name in Hollywood, he's amassed a fair number of more than enjoyable movies and made sufficient cash to make sure he can avoid these types of features at all costs. I cannot for the life of me figure out why he has decided now to stoop this low, just for the fun of it perhaps? Throughout the film Voight hams it up big style; his South American accent sort of leans between something from Southern Italy and the Bronx, the facial expression becoming ever more ludicrous as the film progresses and his all too frequent snarls getting wider and cheesier the longer you watch. He might just be the best thing about this film though and that's just because he's really not taking it seriously by any stretch of the imagination.

More a producer than a director we have Luis Llosa at the helm for this feature. He's often dabbled with the Amazon in his films and this is a subject obviously close to his heart. The Amazon and the associated territories would make for an engaging main feature, but alas this is not it. You could partly be justified in watching just to see the special effects when the serpent rears its ugly head above water. Even here though we're severely disappointed as it's simply so fake. The CGI does not sit well merged into the live action frame and these moments only give the viewer a little more to chuckle on. This is not however the intended outcome I'm sure.

I can't really recommend this one for a purchase, but if you've had more than a few beers then it might raise a wry smile from your inebriated lips. Should go down well with a crate or so of your best premium of choice and a couple of pizzas. Don't be late handing this one back to the rental store though because you'll kick yourself having to pay any late fees on it.