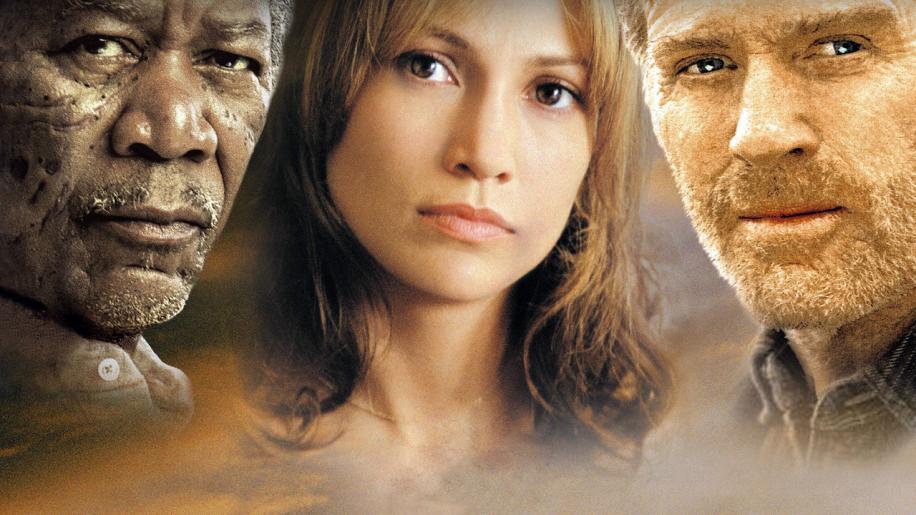 Robert Redford is one of those great actors who has made umpteen classics over the years and is still churning out great movies even in his twilight years, much like Clint Eastwood and Sean Connery were until recently. His accolade of awards are well deserved, with dozens of starring roles in memorable movies from Butch Cassidy and the Sundance Kid, Three Days of the Condor, All the President's Men to, more recently, The Last Castle, The Clearing and the excellent Spy Game, where he held his own against Brad Pitt both in terms of character and performance. Here Redford teams up with the fabulous Morgan Freeman for a warm, touching drama about estranged family members, forgiveness and friendship.

Tired, broke and at the end of her tether, Jean takes her daughter Griff and hitchhikes several hundred miles to the only family who she has left: her father-in-law, Einar Gilkyson, an outdated cowboy who runs a farm out in Wyoming with his disabled ranch hand Mitch - their only real trouble in life being a wild bear who keeps plaguing them. Unfortunately Jean and her father-in-law have not spoken for several years, since the death of his only son - her husband - also named Griff. You see, Einar blames her for the loss of his son, hence why they have not seen each other since the event. Now, forced into a uncomfortably close situation, they have to face up to the past tragedies and learn the value of forgiveness.

An Unfinished Life is a solid, moving family drama that hooks you in from the start and keeps pounding at your with pain and heartache until you really feel the strain that the estranged family members are under and then offers up some kind of decent resolution to ease the suffering. It's not your usual cheesy, fluffy, candy-coated Hollywood effort, but instead a nicely paced, well-shot drama, packed with interesting characters and powerful moments - exactly what you would expect from the Director behind The Cider House Rules, Lasse Hallstrom.

Robert Redford takes the lead role as Einar Gilkyson, playing him as the grizzly, stoic, scarred character you would expect from a father in that position, spending much of his time mumbling and grumbling to himself or snapping unexpectedly due to bottled-up resentment. Jennifer Lopez (who has only really excelled opposite Clooney in Out of Sight) does quite a good job as the damaged daughter-in-law, Jean, making her slightly unsympathetic in her inability to restrain from jumping from one bad relationship straight into another. Josh Lucas (the hero of Stealth, who is soon to be seen in Poseidon) plays the small town Sheriff who catches the eye of the new girl in town and Damian Lewis (Band of Brothers) plays her short-tempered ex-boyfriend. Morgan Freeman probably has the most interesting character, however, as the crippled Mitch - a long-term friend of Einar's who has been through a great deal living up on the farm with him.

Shot with some beautiful cinematography and given a solid script that is brought to life by multi-dimensional characters played by some excellent actors, An Unfinished Life is a moving, sometimes heart-breaking, sometimes heart-warming family drama that is sure to please and entertain all those interested in something a little more subtle than Doom. Not quite another all-time classic to add to Redford's array, it is certainly a new and important character that he can now add to his résumé and it is well worth the time of all those who like both him and Freeman and cannot get enough of seeing them act the hell out of everyone else onscreen.