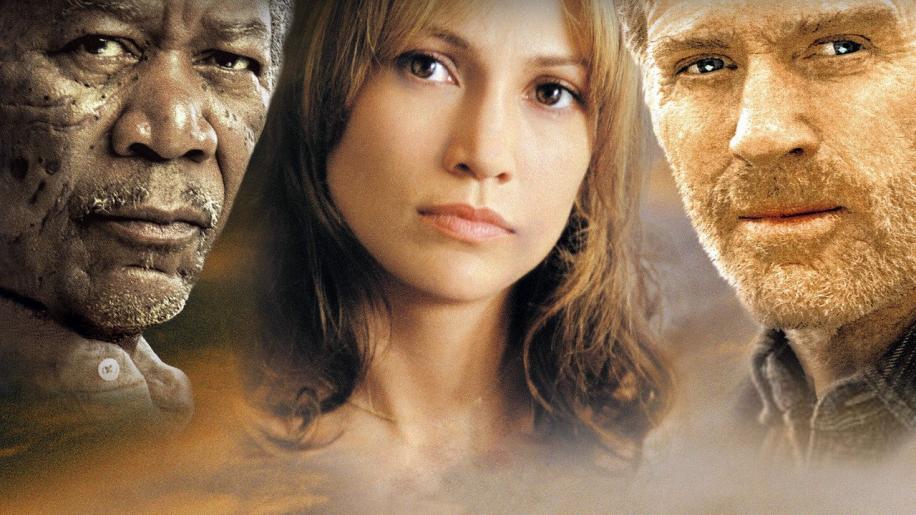 An Unfinished Life is presented in a 2.40:1 aspect ratio anamorphically enhanced widescreen transfer that looks pretty glorious. The detail is generally fantastic throughout, with negligible edge enhancement, no grain but some slight softness during close-up shots. The colour scheme depicts the gorgeous Wyoming landscapes in all their sumptuous glory, both during the bright sun-drenched scenes and for the lovely sunset sequences. For all those who loved the picturesque scenery of movies like Brokeback Mountain, this is another heavily visual movie for you, with a correspondingly special transfer.

To accompany the movie we get a perfectly acceptable Dolby Digital 5.1 track. The dialogue comes across reasonably clearly and coherently through the front channels. There aren't many significant effects to bring out the best in the audio array, but there are a few nice touches that offer some spatiality, from the ever-present wildlife chirping in the background, to the crunching of footsteps along the ground. The score is quite slow and brooding, but entirely in line with the style and theme of the movie. There is no real bass to speak of but the track is still warm and substantive.

First up there is an Audio Commentary with Director Lasse Hallstrom, Producer Leslie Holleran and Editor Andrew Mondshein. Although they all seem to find it difficult to recall the production accurately because it was two years ago, it is the director who really disappoints, offering up little of interest and often merely saying things like 'Robert Redford - a fantastic actor... Morgan Freeman - a fantastic actor... Jennifer Lopez...' and so forth. The others are far more informative, talking about script changes, editing and the use of a real bear throughout the proceedings. Thanks to them, this is actually quite an agreeable extra, worth dipping into if you want to learn more about the movie... and the bear.

The Making of An Unfinished Life runs at nine minutes in length, with interview comments by the Director (and the others you met on the commentary) and many of the key cast members (including Redford, Freeman and Lopez), each talking about the movie, the story, the way it was directed and acted, the casting process and the end result. There is plenty of behind the scenes footage and not too much from the final film, so it is also a worthy offering.

Training Bart the Bear is a ten minute Featurette specifically designed to explain how they got the bear to do all of the things he does in the movie (his part is quite considerable). The cast and crew from the making-of offer their comments here as well, discussing working with the huge animal. There is a little behind the scenes footage (including some interesting human vs. bear wrestling), comments from the bear trainers and shots of the bear as he was growing up... how sweet.

There is also a Stills Gallery with nearly one hundred photos taken mostly during the production as behind the scenes stuff rather than promotional material, as well as some Preview Trailers on disc start-up for Annapolis, Deep Blue and Glory Road.

An Unfinished Life is a well-acted, well-shot and moving little family drama. Presented here with a decent transfer to showcase the luscious setting, an adequate if underwhelming soundtrack and a few nice extras to boot, it is sure to please any fans of the movie. For those who have not heard of it, you should probably be sold just on the fact that it stars heavyweight class actors, Robert Redford and Morgan Freeman and based on that give it a shot. It's warm and touching - but distinctly manages to avoid ever being sickly sweet - and it is well worth your time.