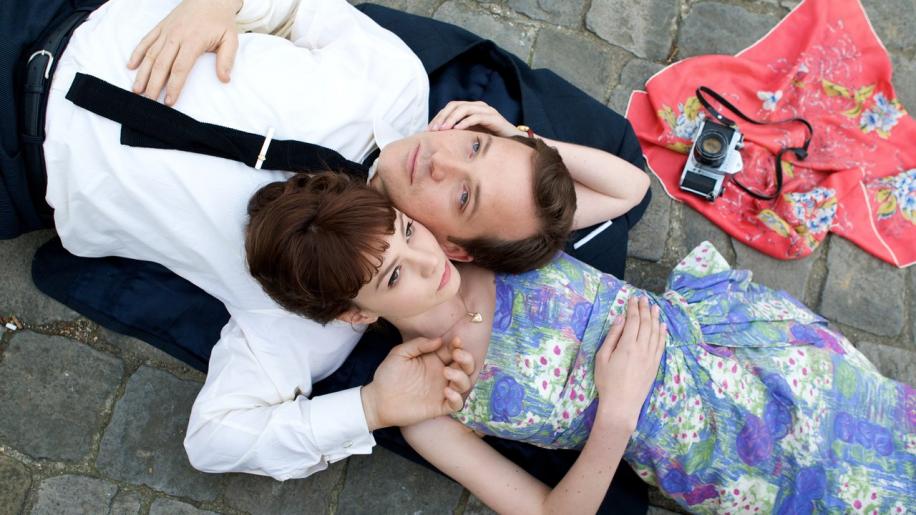 When I read the cast list of 'An Education', I immediately wanted to see it, albeit I was almost put off by the rather dull title. Any film involving Alfred Molina and Emma Thompson simply demands to be seen. After all, these are proper actors - not your Hollywood movie stars, but our own home grown talent and people who know their craft. Add to this list the beautiful Rosamund Pike (Die Another Day) and Peter Sarsgaard who I can only vaguely recall in 'K-19-The Widowmaker' - but hey, I won't hold that against him- and also some new young actress I'd never heard of called Carey Mulligan. Interesting then, in the face of some stiff competition that this young lady really steals the picture. Even more interesting is the fact that she also walked off with the Bafta for Best Leading Actress earlier this year. The film itself was nominated for 3 Oscars, although it failed to garner a statuette on the night.
So with all the ballyhoo and gong nominations, it must have something going for it.

The year is 1961 and attractive, bright 16-year-old schoolgirl, Jenny (Carey Mulligan) is poised on the brink of womanhood, dreaming of a rarefied, Gauloise-scented existence as she sings along to Juliette Greco in her Twickenham bedroom. Stifled by the tedium of adolescent routine, Jenny can't wait for adult life to begin. Meanwhile, she's a diligent student, excelling in every subject except the Latin that her father (Alfred Molina) is convinced will land her a place at Oxford University where she is dreaming of going. On a rainy day no different to all the others, her suburban life is upended by the arrival of an unsuitable suitor, 30-ish David (Peter Sarsgaard). Urbane and witty, David instantly unseats Jenny's stammering schoolboy admirer, Graham (Matthew Beard). To her amazement, he even manages to charm her conservative parents Jack and Marjorie (Cara Seymour) and effortlessly overcomes any instinctive objections to their daughter's older, Jewish suitor. Very quickly, David introduces Jenny to a glittering new world of classical concerts and late-night suppers with his friend and business partner, Danny ( Dominic Cooper) and Danny's girlfriend, the beautiful but vacuous Helen (Rosamund Pike). David replaces Jenny's traditional education with his own version, picking her up from school in his Bristol roadster and whisking her off to art auctions and smoky clubs. Just as the family's long-held dream of getting their brilliant daughter into Oxford seems within reach, Jenny is tempted by another kind of life. Will David be the making of Jenny or her undoing? You'll have to watch it to find out as I'm not telling.

This is a coming of age film with the teenage Jenny being forced to choose between her education or grab the chance to swap the boredom of her everyday life for something more appealing to a young girl.
So there are no outer space laser battles or CGI laden sequences in this movie?
Well no, it's time to actually engage your brain and enjoy the freshness of a good script written by Nick Hornby, based on Lynn Barber's memoirs.
The film totally captures the look of the 60's and it has the feel of the kind of thing that David Lean excelled at in his early days - almost the kitchen sink drama that breaks out into a more glamorous world. Everything is lit and shot in such a way as to make it all look a bit pale for this was the reality of the post rationing Britain.

While the script provides the rails for the movie, this is all about performances.
Carey Mulligan really can't be faulted and this is her film.
She stamps her presence on every scene, acting as though her life depends on it. She was 23 when she made this movie, and succeeds brilliantly in making us believe she's 16. She's beautiful, hesitant, self-assertive, and gullible, with the makings of a sophisticated older woman (which Lynn Barber became). That's not to say that the rest of the cast isn't about as good as it could be. Everyone stands out, from Peter Sarsgaard's very convincing portrayal of an Englishman with questionable morals, to Alfred Molina's bumbling father, to Rosamund Pike's perfect performance as a somewhat inane, posh, dim blonde. There's a wonderfully funny scene where Ms Pike's character just doesn't get what 'reading English' at Oxford means. It's a tribute to her acting ability that an intelligent woman can 'play dumb' and make it work for the audience.
Emma Thompson looks good as the carefully coiffed Headmistress who maintains an aloof coolness while dictating what the school expects of its pupils. The flip side of the coin is Olivia Williams as Miss Stubbs, the teacher who cares and doesn't want to see her pupil throw away the chance to go to Oxford - while maintaining a professional distance and using all her will power to avoid becoming emotionally involved.

I found that the pacing of the film, directed by Lone Scherfig (big in Scandinavian Cinema) allowed me to get to know the characters to the extent that I began to feel the boredom of life with Jenny's parents - almost first hand. I wanted her to have a better life and then when David comes along, he seems like a nice chap, but.... there's something she needs to be wary about. The audience's instincts were ringing alarm bells but perhaps even the most mature of us are drawn in by David's charm but still fear for Jenny's innocence.
The scenes involving Jenny with a man nearly twice her age could have been distasteful if they hadn't been handled so carefully by the director. So we get pulled into the story and the relationship with ease.

I'm not normally impressed by this kind of film, but it is so different to many modern mainstream movies that it has freshness to it. It may not be to the taste of those who only like mind numbing blockbusters as it provides a lot more than just chewing gum for the brain. It requires us to understand and feel emotion, not just for the young girl but also for her parents, friends and teacher.
Compared to many films, this is 'an education'.
I'll get me coat.