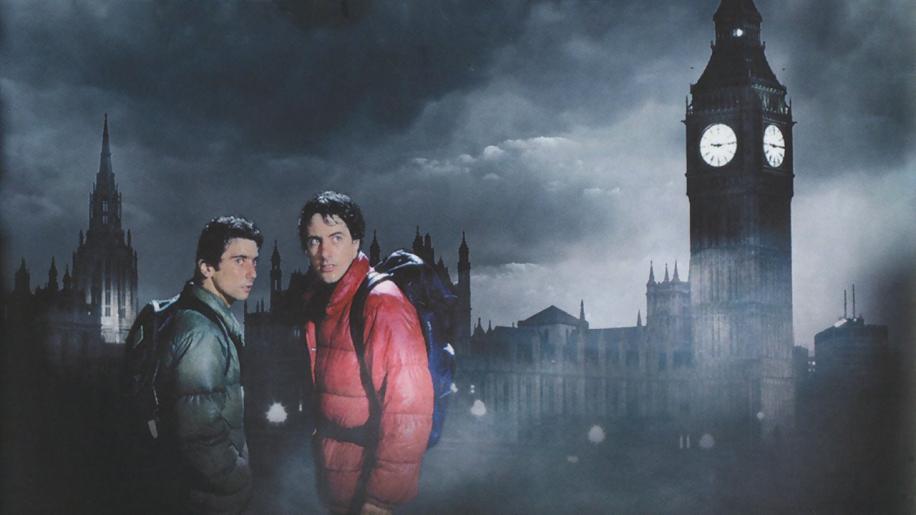 An American Werewolf in London Movie (1981)

Two Americans, David (Naughton) and Jack (Dunne) are hiking on the Yorkshire Moors when they are attacked by some kind of wild animal. Jack dies from his wounds, but David awakes in a London hospital where he starts to develop feelings for one of his nurses (Agutter). Just as he is finally coming to terms with what happened, he is visited by the decomposing undead corpse of Jack who warns him that the creature that attacked them was a werewolf, and that by the light of the next full moon he too will transform into a werewolf and will cut a swathe of violence and terror through London until he is killed.
Well, that's the basic story, but just what is it that makes An American Werewolf in London so damn good? Well, to begin with there's Rick Baker's Academy Award winning special effects. Baker created sequences such as David's transformation into a werewolf that set a benchmark still yet to be surpassed. Then there's the finely-honed mixture of horror and comedy which makes the film approachable for a mainstream audience. Finally you have Landis' script which not only creates a set of completely believable characters, but also a beautiful, if tragic love story to hang the whole film around. Yes it's gory, yes it's scary, but even if horror isn't normally your thing, An American Werewolf in London is well worth checking out. And if you are a horror fan, well you'll already have your copy of the disc on order, so I don't have to convince you of anything.