An American in Paris Movie Review 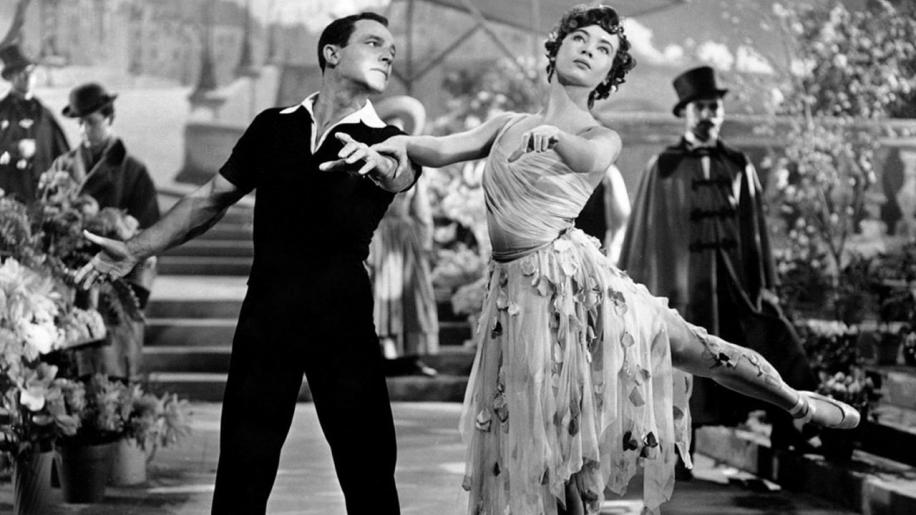 When you think of the all time great Hollywood musicals, titles that spring to mind include 'Singin' in the Rain', 'On the Town', 'Anchor's Aweigh' and most notably 'An American in Paris' - all produced by MGM in the 1950s.

Probably the most ambitious and with the greatest artistic leanings of this quartet is 'An American in Paris' which provided a spotlit stage for the sparkling talents of Gene Kelly and the 19 year old Leslie Caron, in her screen debut. That their talents sparkle is due, in no small way, to the fact that the movie was shot in three strip Technicolor - the process invented by chemical engineer Herbert Kalmus and now part of the Hollywood myth - earning itself the legend 'Glorious Technicolor' that is burned into the memory, even today.

With the movie's arrival on Blu-ray, we at last have it in a format that does full justice to the vibrant scarlets of dresses, the sumptuous deep blues of studio backdrops and the rich, rosy skin tones produced by the Technicolor process. Someone once said that watching a movie should be like dreaming with your eyes open. That being the case, 'An American in Paris' just has to be the most colourful dream you ever had.

This Academy Award Best Picture winner of 1951 opens with a travelogue of Paris. Indeed, these are about the only location shots in the movie and they look somewhat more grainy than the rest of the picture, so they may well have been 'stock shots'. It's not long before we're on the MGM Culver City backlot and soundstages - on sets that were to be re-used time and time again for every 'B' movie set in France - and the slight graininess of the opening shots disappears. We're introduced to penniless artist Jerry Mulligan (Gene Kelly, who not only stars but sings, dances, and also choreographed the dance sequences). Jerry is an ex-GI who stayed on in the West Bank following World War II to paint.

“Back home everyone said I didn't have any talent. They might be saying the same thing over here, but it sounds better in French.”

Jerry's witty pal Adam (Oscar Levant) is a struggling composer and friends with successful song and dance man, Henri or 'Hank' (Georges Guetary) - who shows him a photo of his fiancé, Lise Bouvier (Leslie Caron). As Henri describes Lise, images of her dance across a mirror, and the five aspects of her personality are conveyed by different dance styles, costumes and colours. The yellow backdrop in one of these sequences just leaps off the screen at you.

While attempting to sell his paintings in Montmartre, Jerry meets wealthy Milo (Nina Foch) who hopes to win his affections by sponsoring him in the art world, but the proud artist refuses to be bought. She eventually persuades him to let her help his career but at the Café Flaubert, Jerry spots the beautiful Lise and it's love at first sight (uh-oh!). Jerry pursues her, showing up at the perfume store where she works and charming her customer into buying some perfume. In a memorable scene, they arrive on the banks of the Seine, singing and dancing to “Our Love Is Here to Stay”. They later realize that they're keeping relationships secret from each other and attempt to go their separate ways.

There follows the famous, highly imaginative 17 minute ballet finale in which Jerry chases Lise - the French girl of his dreams - through a dream vision of Paris as brought to life in the style of artists Manet, Renoir, Utrillo, Van Gogh, Rousseau and Dufy. There's modern dance, tap and ballet, Gershwin's music is amazing throughout and yet again, the Technicolor photography brings to mind a painting far more vividly than any other colour process in the last forty years.

Directed by Vincente Minnelli, written by Alan Jay Lerner and scored with the music and lyrics of George and Ira Gershwin - including some of their compositions from the '20s and '30s - 'An American in Paris' is a musical, but the song and dance numbers actually relate to the story and are used to progress it. In total, it won six Academy Awards - including Best Picture beating 'A Streetcar Named Desire' - but strangely neither Minnelli nor his cast were awarded Oscars for their work.

The songs in the movie are indeed timeless: "Our Love Is Here To Stay", "By Strauss", "I Got Rhythm", "I'll Build a Stairway to Paradise", "'S Wonderful", "Nice Work if You Can Get It" and "Embraceable You" will all be playing in your head long after the film has ended.

Some may say that the ballet sequence is a tad boring for a modern day general audience and that it may make the movie seem rather 'highbrow' or pretentious. I say, project it on a big screen -as it was originally meant to be seen - and dream with your eyes open!