What does your business card look like in 4K? 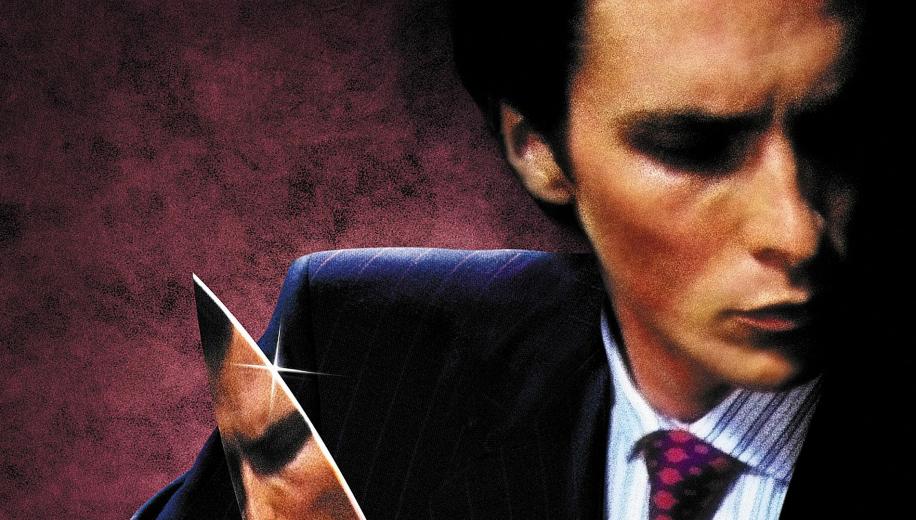 Bret Easton Ellis' dark and controversial novel gets a superb - and much more accessible - adaptation with a young Christian Bale on hilariously psycho form.

Teeming with violent scenes of graphic torture - mostly against women - Ellis' novel would have been utterly impossible to bring to the Big Screen faithfully. It was an uncomfortable read, and a distinctly flawed one, but the premise was rich for mining in the right hands, with indie writer/director Mary Harron taking it up as her sophomore project, reworking it into a viable script and delivering an impressive end result.

What Harron did was take the twisted tale of psycho depravity, structured within the mold of a satire on coke-fuelled 80s Wall Street, and transform the uncomfortably nasty protagonist into a character more in the vein of a young Hannibal Lecter, whose murderous exploits were more informed by a peculiar response to social slights and inappropriate etiquette.


What makes the piece so memorable is Christian Bale's early, fabulous performance as Bateman.

The story follows investment banker, Patrick Bateman, who, as he tells us in voiceover narration, is not normal. Surrounded by slimy work colleagues vying for promotion and a plethora of women - a fiancee, a girlfriend and a loyal secretary who worships him - Patrick gets urges, often feeling the need to express them with an axe... or a chainsaw.

Harron's slightly more playful treatment of the darker source material makes it infinitely more accessible, still committing to the bloody depravities of its protagonist, but fashioning a strangely intriguing tale about a guy who is curiously - at least vaguely - aware of his behaviour and maybe even occasionally wants to stop it (his relationship with his secretary being a prime example). Of course, what makes the piece so memorable is Christian Bale's early, fabulous performance as Bateman and also Harron's script, which generates some strangely hilarious moments, often courtesy of timely misunderstandings and mistaken identities, and defines its character often through superb monologues on 80s music.

The film makes an immediately striking upgrade over its previous, distinctly flawed Blu-ray release, which was extremely soft and riddled with DNR, and also suffered from some very variable grain levels. The 4K presentation erases almost all of those problems, still affording the piece a natural, organic look replete with firm texturing and not-too-over-the-top colours, but bringing forth a staggering amount of crisp clarity to the image.

For a film so concerned with perfection, it's the closest it will likely ever get to it here, boasting striking details on close-ups, which involve fine observation of skin textures, hair, beads of sweat and clothing weaves. Even the tiniest ruffled hair or fine line gets excellent treatment.

The colour scheme brings the richly cream-and-wood-dominated palette to life with panache, soaking up deep hues, and rendering solid, impenetrable black levels undoubtedly courtesy of that extra Dolby Vision enhancement. There are a few more popping tones, in restaurants and night clubs, and overall it's a tremendous upgrade. The accompanying Dolby Atmos track is founded upon an already excellent Dolby TrueHD 7.1 core which promotes some excellent surround usage, a refined treatment of the all-important song tracks, the orchestral score, and the equally important dialogue. The track really draws you into the increasingly insane world, making for a great upgrade too on the aural front.


A great upgrade too on the aural front.

Dialogue remains clearly and coherently disseminated throughout the piece, largely dominating the fronts and centre channels, whilst effects take on a richer presence across the surrounds, giving life to chainsaws and gunshots, as well as the sound of a running shower and a bustling restaurant. The club scenes are even more electric, and the song track monologues deliver a slew of defining song tracks superbly, giving yet further fuel for the surrounds. The LFE channel doesn't really get much room to boom - a latter-end explosion gets a brief blip - but there's still a rich undercurrent courtesy of some activity in that department. Overall it's excellent work; American Psycho has never sounded this good.

Lionsgate appear to be the only studio with their head in the game when it comes to Ultra HD Blu-ray releases, affording even their catalogue titles some respectful treatment. Not only do they - as is unfortunately not the norm for any other studio - port all of the Blu-ray extras over to the Ultra HD Blu-ray disc itself, but they sometimes even afford it new ones too. They really do put almost every other lazy studio to shame.


Lionsgate really do put almost every other lazy studio to shame.

American Psycho's 4K release is no exception, with all of the old extras making the Ultra HD Blu-ray disc itself - including Commentaries, Deleted Scenes with optional Commentary, and two Featurettes on the 80s New York scene and the adapting the book - but also a further, new Commentary from the Director to boot.

Several years before his Batman trilogy, Christian Bale brought the enigmatic psycho, Patrick Bateman, to life in a superior adaptation of American Psycho. Lionsgate's native 4K Ultra HD Blu-ray release remains one of the best upgrades on the format over their earlier flawed Blu-ray, with excellent Dolby Vision-Enhanced full-fat 4K and Dolby Atmos-enhanced 3D HD audio, as well as all of the extras - and new ones - ported over to the Ultra HD Blu-ray disc itself. It's a great package and comes recommended.