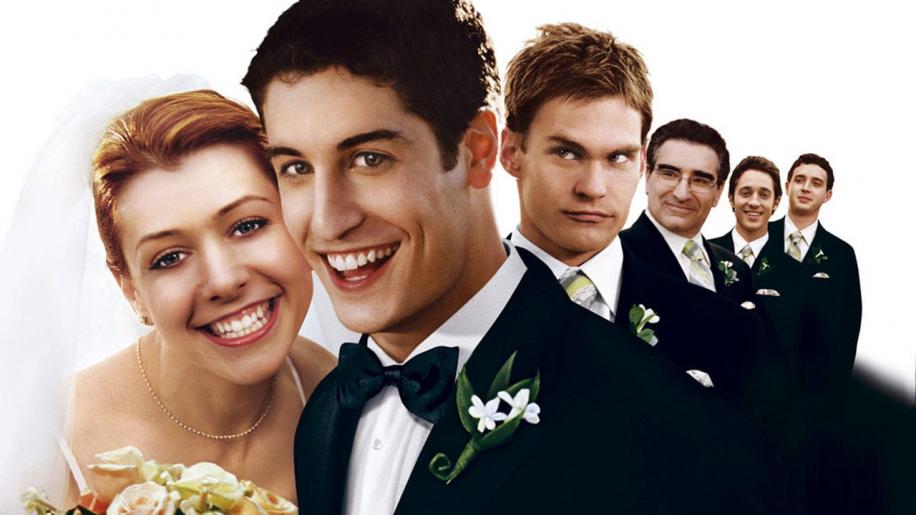 American Pie: The Wedding is presented in scope unlike the previous films. The 2.35:1 anamorphic transfer looks very sharp and crisp with plenty of detail on show. I could find no difference in image quality when compared to the R1 Release.

Colours are bright and vivid with no signs of bleed or bloom and the darker scenes hold up well with shadow details available. Flesh tones look natural and detailed with the print looking very clean and sharp. Only in the wider shots does the detail disappear slightly but it never gets overly soft.

There are some slight problems with noise seen here and there along with Edge enhancement in brighter back light scenes, however none of these niggles are worth worrying about and the overall look is very good indeed.

Comedies like these are never surround sound onslaughts and that is very true here. The Dolby Digital 5.1 (448kbps) is unspectacular and laid back with only the score and a few slight surround effects filling the rear soundstage. Music is well used and detailed filling the soundstage during the dance showdown with excellent bottom end extension.

Dialogue is clear and intelligible and easy to follow at all times and the overall sound mix is fixed on the screen and the centre channels. There are enjoyable pans between the speakers here and there and it all sounds wide, open and dynamic. A very understated but work like sound mix. The soundtrack here is identical to the R1 disc we reviewed a few days ago.

The first commentary track is from the cast including Eddie Kaye Thomas, Jason Biggs, Alyson Hannigan and Thomas Ian Nicholas. What should be an active and interesting commentary track is actually very bland and has some rather large gaps as many of the actors are watching it for the first time. The second commentary with Seann William Scott and Director Jesse Dylan is altogether better with Scott providing good humour and insights on his character with the director adding a few comments on the movie here and there. If you have to watch with a commentary then select the second.

Moving on we have a selection of Deleted scenes which runs for some 22 minutes which has a few fine moments and comments on each from the director. Next up we have a few minutes of gags and missed lines, a Grooming the Groom feature, Cast and Crew Bios, cheesy wedding video, Nicky's Video journal, Stifler Speak and shooting the Bachelor Party. Sadly none of these extras are any more than tacky add on's and poorly produced. The extras are frankly forgettable and are identical to the R1 Unrated edition reviewed elsewhere.

Not as funny as the second film but certainly worthy of attention with good AV presentation, just avoid the extras. This R2 Edition is almost identical to the R1 disc, just without the theatrical version being included.