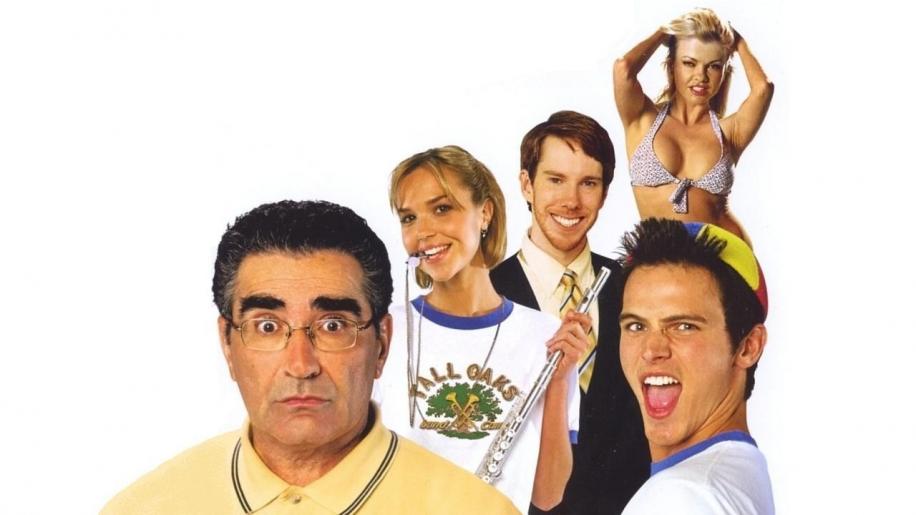 Oh dear, oh dear, oh dear - Mr.Levy, what have you done? American Pie Presents Bandcamp... hmmm - have you heard of this before? I hadn't. At first I was intrigued - could this be a fresh look at one of the most successful teen-comedy franchises of recent years? Or was it a cynical attempt to milk the last dregs of comedy from a formula well past its sell by date?

To save you the misery I have just had to endure, I'll get straight to the point...it is most definitely the latter. This is utter rubbish. Even the studio knew this, as they didn't even waste their time screening this at the cinema - it went straight to DVD in a supposedly shrewd marketing ploy. The only thing shrewd about releasing this directly to DVD was that people will buy it based on their love for the previous movies before they've had a chance to hear the bad reviews or see it flop at the box office. So why am I being so harsh on it? Do I only watch foreign art house movies or only those that are Oscar nominated? Absolutely not. I have American Pie 1 & 2, Roadtrip and a fair sprinkling of Farrelly Brothers movies in my collection so I'm not a gross-out snob. If we compare this movie with the original American Pie, on paper at least they should both be as good as each other. They both had fairly low budgets, both had a cast of relative newcomers, both featured Eugene Levy and both covered broadly the same areas, however whereas the original proved to have a cast of future movie stars and some genuinely hilarious cinematic moments, this version has lost the innocence that Jason Biggs brought to the main character Jim and instead replaced it with the thoroughly dislikeable Matt Stiffler (younger brother to the original Stiffler). I give some praise to new face Tad Hilgenbrinck for his physical portrayal of Matt Stiffler in that he manages to pull off the facial expressions and general behaviour laid down by Sean William Scott in the earlier films, however even this becomes extremely tiresome as he overdoes it so much, gurning and scowling on his entry into each and every scene. Eugene Levy reprises his role as Jim's Dad but alas is so under-utilised that he may as well not be in it - a real shame for someone with real talent (but a dubious choice in scripts!).

I know I am no longer the target audience for this movie - considering the original American Pie is already 6 years old now but I can't believe anyone other than under-sexed 15 year olds will find this movie appealing. It is a shame that in trying to build on the good work of the earlier films, they targeted all the wrong areas. There is hardly any decent humour in this film apart from a few weak “gross out” attempts - the bias is much more on a Porky's style sex-comedy. Even this wouldn't bother me, however I found it quite disturbing to see young girls (presumably supposed to be in their early to mid teens) being used as sexual eye candy for a male audience (strip poker, shower scenes etc.). The language was also a lot worse than the original films - the swearing was so common-place that it was in nearly every line of speech for some characters. Again, it just felt like some senior execs were trying too hard to make a movie that was “cool” for teenagers and failing abysmally. I guess teenage movies are meant to shock and annoy adults and we always say that teenagers are worse now than when we were their age, but the only thing that shocks me here is how so much money and talent can be wasted on drivel like this - and they wonder why people aren't watching American movies as much as they used to! This movie should be renamed American Pie Presents Bargain Bin as that is where you'll be seeing this in a few months.