Why is the scariest part of AHS always the theme music? 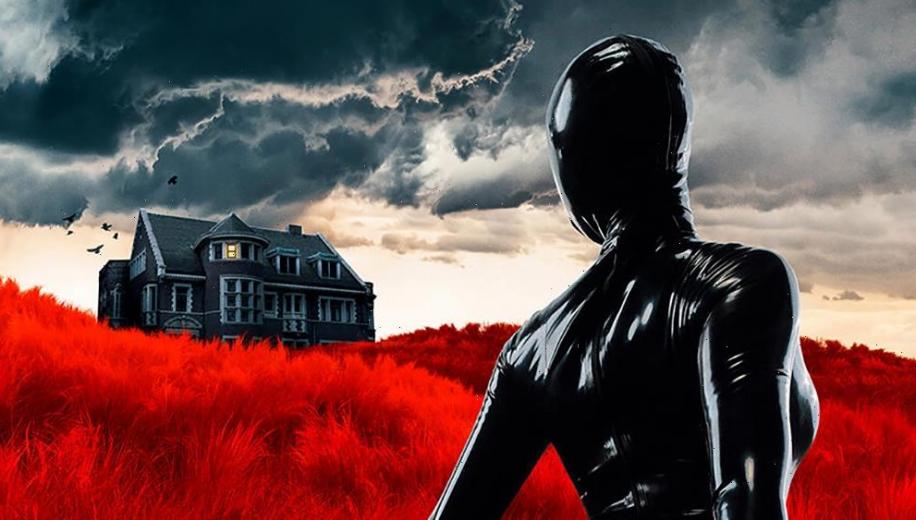 Fans of Ryan Murphy’s long-running anthology series will already be familiar with the premise of “something you’ve seen before” but even the patience of the most dedicated followers must surely be tested by the first episode of American Horror Stories.

Where previous seasons of AHS have focussed on a different storyline in each series, American Horror Stories prunes the ordeal somewhat by boasting a new story every week. Well, they say “every week” but episode one is the first of a two-parter so it’s not quite every week but let’s not argue semantics. Let’s argue ideas.

There are very few.

[The] well of creativity has now run dry.

Across its 100+ episodes, this show’s predecessor American Horror Story (this is going to get confusing) built a devoted following, despite an incredibly variable quality baseline, by paying tribute to a different genre of horror movie each season. Ten or so episodes acting as melting pot for ideas from haunted houses to witchcraft to eschatology, to cults. If you didn’t like one season, chances are you might like another. Unless, of course, you’re not a fan of Ryan Murphy’s style-way-over-substance approach. But, credit where it’s due, the slickly and sumptuously produced series also occasionally managed to turn up a character or an idea of its own to interact with all these familiar genre conventions which would result in something interesting.

If episode one of American Horror Stories, ‘The Rubber(wo)Man,’ is anything to go by, that well of creativity has now run dry. We start this run of a new horror story every week (or every other week, whatever we feel like really) with a return to the familiar Murder House of season 1 of AHS because it’s episode one of this totally unique concept and they want to showcase just how original and creative it’s going to be. You'd be forgiven for thinking that starting with a return to an homage of a cliché is a seriously bad omen and that maybe it indicates an attitude of laziness toward the final product. It does, and that's a theme that continues throughout the episode. Oh, and don’t you worry, that first season is set to act as the inspiration for nearly half of these brand new stories.

Lacking any drive for originality, old ideas are dredged up as fan service in order to tell a brand spanking new story about an outcast, wronged by mean girls, who seeks her revenge. It may once have been a shocker, perhaps back when it was told by Stephen King, but decades of high school girls humiliated by cheerleaders have rendered the story utterly inert. Not that the twelve producers and executive producers care. What they want is more AHS product to feed to the fans, and that’s exactly what they get. A sleek, characterless, carbon copy of something they’ve made before. Yes, that’s the one! Make that the first episode! Really set the pace for the next seven weeks!

The continued disdain for the audience is equally off-putting as characters go out of their way to exposit loudly, to spell out motivations, speak in clichés that would be embarrassing to a first-year writing student and generally treat the audience like lowest-common-denominator idiots. “It’s AHS.” the show shrugs, “We already have an audience of people that are going to watch it, we can phone it in.” And phone it in they do: cast, producers, production designers, director, all.

That's not to say that there isn't competence in any of those things. Everybody involved knows how to make a TV show. No-one really turns in an offensively bad performance... well, not bad beyond the delivery of their poorly written dialogue anyway. The production is still quality, despite being lifeless. Nothing screams 'badly made.' But it all just adds up to a lot of nothing.

American Horror Stories has six more weeks to pull itself out of this black hole of blandness and cynicism and, with the variable quality evident in its predecessor, there’s a good chance that at least one of the episodes will be an entertaining romp through familiar horror tropes, but if this initial offering is anything to go by, it will hardly be worth the  effort to find out which.

American Horror Stories premiers in the UK on Disney+ on 8th September 2021 and continues weekly.