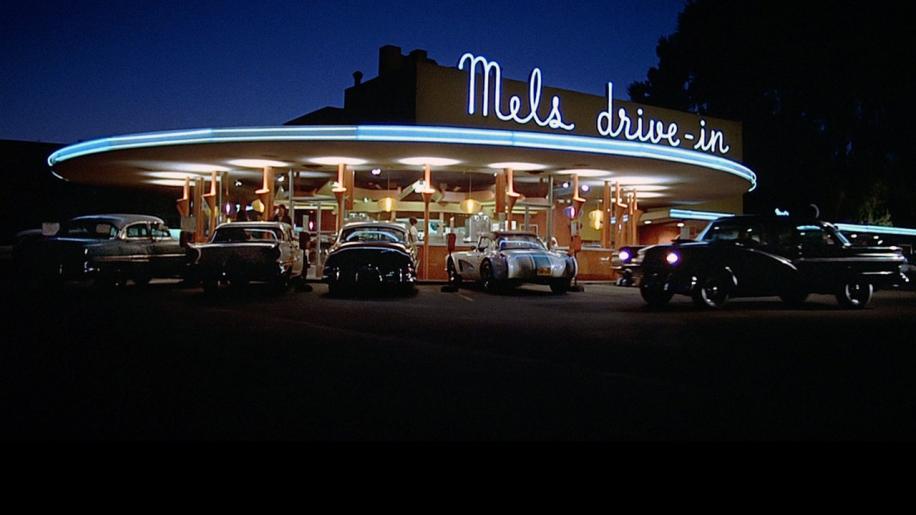 Although it starts off looking a little worse for wear with a higher than average amount of grain in the image, American Graffiti anamorphic 2.35:1 transfer quickly settles down to become something far more impressive. Set across the span of a single night, this disc had to be capable of dealing with the darkness which envelops almost all of the action and thankfully it does it very well. Not necessarily one of the best on the market, but still a very respectable job. American Graffiti has been granted a Dolby Pro-Logic remix which adds an extra layer of depth to this delightful film. The key recipient of this treatment is the collection of pop music from the era which sounds simply fantastic, but the spatial presentation through the surrounds is also used to pull the most out of the hot rods which feature so predominantly in the film.

Despite touting itself as a Collector's Edition on the main menu page, there really isn't enough material here to justify such a tag. The usual roster of cast & crew biog/filmogs, production notes, and the original theatrical trailer are all here, but the real meat is provided by a very informative 78min retrospective featurette packed with interviews with almost everybody who ever had a hand in the project. What would have really turned this disc into something special would have been a commentary from Lucas, even if it was just so that he could remember the sort of quality films he used to make before The Phantom Menace.