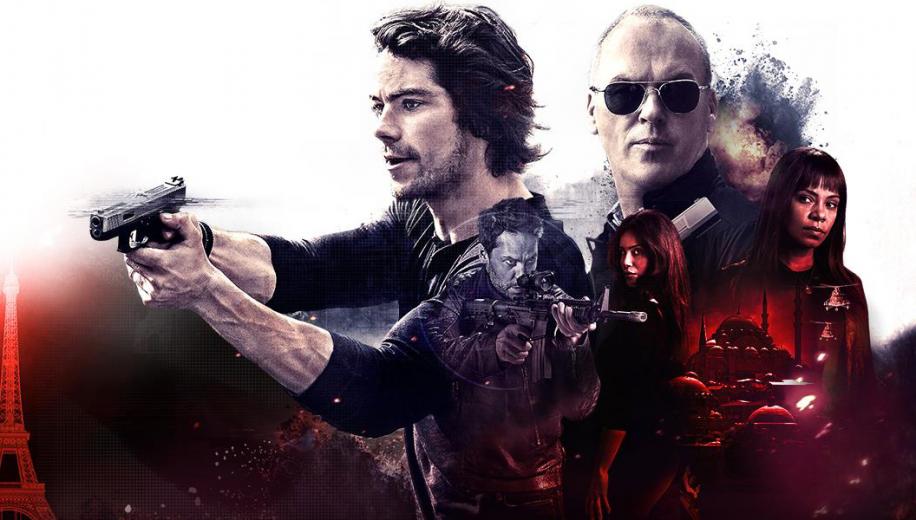 American Assassin introduces the world to Mitch Rapp, a blend of Jason Bourne, Jack Reacher and Jack Ryan, with a healthy serving of 18-rated violence.

Based on the 11th entry in a series of books by the late Vince Flynn, American Assassin is, chronologically, the first tale, introducing the everyman character of Mitch Rapp, whose happy world is shattered with a horrific act of terrorism, and who finds himself recruited into an elite team of CIA counter-terrorists. This somewhat unusual origin story gives Rapp a strangely visceral motivation which isn't always present in similar tales. The film also dishes out some fairly unabashedly brutal violence, which similarly sets it apart from its peers. We may be playing the same spy games as Spooks or Bond, but, even in his latest, pretty hard-edged incarnation, Bond doesn't come close to the kind of head-shot, water-boarding, torture-happy, throat-stabbing that Rapp trades in.
Dylan O'Brien graduates from the Maze Runner series with flying colours, and it helps that he's mentored by Michael Keaton's grizzly warrior, a great tough-guy role to add to his recent resume (after Spiderman: Homecoming), chewing everybody around him up and spitting them out. There's plenty of action too: if the abortive Jack Ryan reboot had been half as engaging we may have seen more, and similarly the brutal, no-holds-barred, violence makes you wonder whether they quite literally missed a beat with the Jack Reacher sequel. Ultimately, American Assassin will probably lose a lot of points with audience members for its rampant familiarity. Beyond the unusual setup, it's utterly derivative, but it's still a fun first round which will hopefully build into a better franchise.

Shot digitally at 3.4K, the film is unfortunately technically restricted by 2K VFX, which is then compounded by a 2K digital intermediate, although the results are nonetheless quite striking, heightening a sense of detail, adding layers of texture, fine-tuning contrast, increasing shadow detail and rendering a more vibrant palette. The film is presented in its original theatrical aspect ratio of 2.40:1 widescreen.


A fine example of impressive upscaling

Ostensibly, things don't get off to a great start with the phone-camera footage used for the startling opening sequence - it's soft and raw and nothing to write home about, but it's exactly as intended, and the leap up to full 4K (or at least full upscaled 4K) is eye-opening, with the subsequent close-ups of a bearded O'Brien showcasing the every hair on his tired and worn face. Skin textures are excellent throughout - you can see the weary lines on Keaton's weathered visage too - and background textures are just as impressive, with an array of locales allowing for more beaten-down dingy dungeons as well as penthouse suites.

There is a tangible uptick in detail, perhaps even more noticeable than you'd expect from a 2K DI, assisted no end by some keen HDR implementation, that tweaks the black levels and leaves a little more shadow detail evident - the torture sequence and tunnel chase is no brighter but the added gradation of blacks leaves it better defined nonetheless. Colours aren't always dazzling - but that was never a part of the source material - and they are richer and more refined thanks to subtle WCG application, giving some of the more vibrant tones a better edge too, particularly with the occasionally exotic backdrops. It's a fine example of impressive 4K upscaling and, if not reference, then certainly not far short and assisted, no doubt, by the additional Dolby Vision enhancement

The accompanying Dolby Atmos track is founded upon an outstanding Dolby TrueHD 7.1 core which provides a wonderfully immersive backing for the feature, drawing you in with exhilarating action sequences and heightening tension with a generic but effective score.

Dialogue remains firmly prioritised across the frontal array, afforded clarity and coherence throughout, whilst effects lap up the background nuances from the environment, teeming with atmospheric ambiance at all times, livening up whenever anything more punchy happens - which is more often than not - but still delivering a tangibly immersive backdrop throughout. The opening sequence boasts some penetrating gunshots, whilst several explosions will leave your ears ringing, and the floor vibrating (particularly in the final act). The training sequence lights up your surrounds with some discernible degree of separation, and impressive dynamics, and LFE implementation is key. As aforementioned, the score is utterly generic, and thus utterly unmemorable, but it still does the job nicely, suiting the material and providing a suitably added flourish and also added fuel for your system. A very nice and eminently demo track.

Although not the universal rule for them, Lionsgate are still one of the rare studios that, more often than not, actually bother to port the extras over to the Ultra HD Blu-ray disc proper, rather than leave them on the accompanying Blu-ray and expect you to flip discs to watch them. This release is one such example.


A solid selection of extras

Largely Featurette-based, the extras are mostly around 10 minutes in duration, headlined by an overview Making-of that covers all the bases with brief cast and crew snippets and behind the scenes footage, whilst we get dedicated Featurettes on the lead character and Dylan O'Brien's preparation for the role, and also on the secondary characters played by Kitsch and Keaton, a further look at the training and stunts, and a look at some of the exotic locations used in the film. The solid selection of extras is rounded off by a half-hour Q&A with the cast.

Defined by its unusual affinity for violence, and largely worth seeing for the presence of Michael Keaton's force of nature mentor, American Assassin is otherwise quite derivative, but enjoyable nonetheless. It certainly would be interesting to see whether Keaton can help channel this into a decent franchise by remaining the backbone to any future productions.

Lionsgate's UK Ultra HD Blu-ray of American Assassin boasts excellent video and audio and a solid selection of extras, rounding out a decent release for fans of the film. If you enjoy your Jack Ryan, Jack Reacher, Jason Bourne and James Bond flicks, then this may be a generic addition, but it will still likely be right up your street.