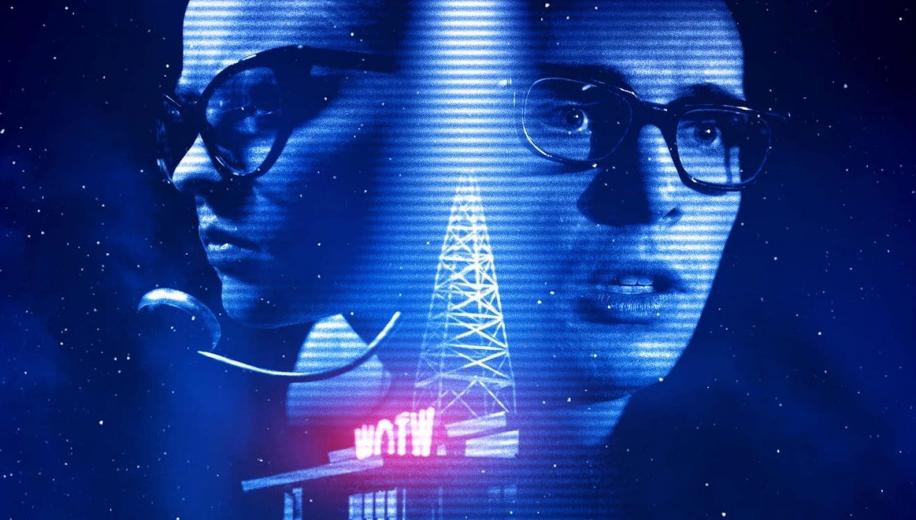 This indie directorial debut is a welcome throwback to The Twilight Zone and early era Spielberg, working some serious magic to turn its less-than-a-million-dollars budget into a surprise gem.

Wearing its badges clearly and proudly, The Vast of Night cleverly positions itself as an episode of a fictional sci-fi TV show from the 50s, Paradox Theatre, which is a thinly veiled The Twilight Zone, and does a spectacular job paying tribute to these types of classic era shows, drawing in more than a little vintage Spielberg sci-fi to weave its magic.

Does a spectacular job paying tribute to classic era sci-fi

One night in 50s New Mexico, switchboard operator Fay and radio DJ Everett are doing a few impromptu interviews with locals outside a high school basketball game when they pick up a strange signal. They take to the air to investigate the matter, playing it back to see if any locals recognise it, with unexpected results.

Patterson makes something out of literally nothing, building a tremendous atmosphere of mounting panic

Written, produced and directed by Andrew Patterson, The Vast of Night is a hell of a debut, and likely to lead to great things - if this is what he can do with a staggeringly low $700,000 (which should be kept in mind when watching in 4K HDR, where the grain is arguably even more intrusive than in the normal HD version), imagine what he'd bring to the table with even a modest $10-20 million, let alone a Blockbuster budget. Key to making it work is his eye for shots, with one impressive camera track whizzing across the floor of the car park, and some energy behind the camerawork that keeps pace with the Aaron Sorkin-esque machine-gun-fast dialogue.

Of course, with that kind of dialogue you need someone who can deliver it, and little-known newcomer Jake Horowitz superbly channels young versions of Golden Age actors like Newman and Redford as he spits his words out sardonically from the corner of his mouth, chain-smoking his way through the proceedings, which also helps with that chewed-out intonation. The feeling that nothing is happening is wonderfully overshadowed by the sense of what might happen, helping the production build progressively, with co-star Sierra McCormick the perfect foil for Horowitz, and both convincingly traversing the path from curiosity and intrigue to worry and concern. What are these signals? Who is sending them? Patterson makes something out of literally nothing - just noises - furthering panic with well-told stories of locals who have had 'experiences' relating to them, and building a tremendous atmosphere of mounting panic. It's the best Twilight Zone episode you've never seen.