"I haven't been living. I've been waiting to die." 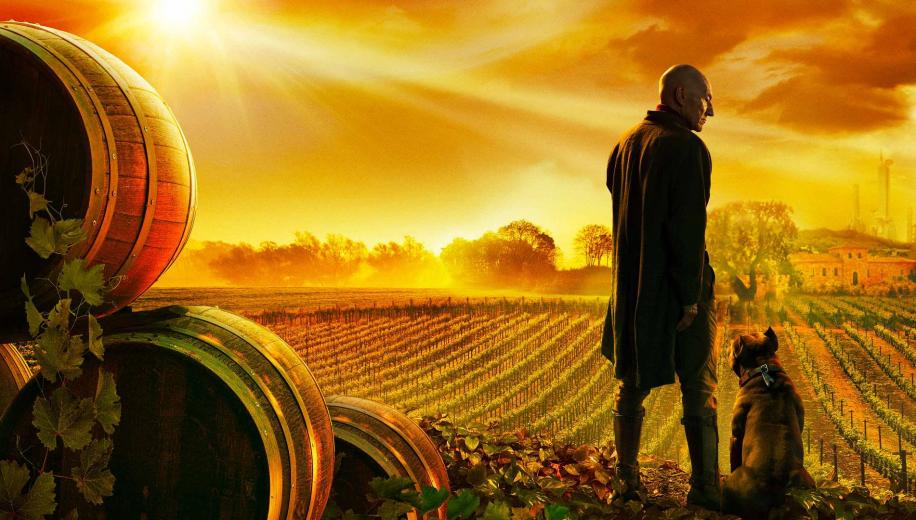 Jean-Luc returns for a lavish Expanse-like Amazon series which hints at something potentially quite special in its nightmarish dream-laden premiere.

18 years after the last Next Generation outing, the disappointing Star Trek: Nemesis, and with the Kelvin timeline film series now somewhat stalled while it decides whether to go down the sequel, full reboot or soft reboot route (but the flashy, fast-paced, but also quite flawed TV series Discovery still boldly going towards its third season with no sign of abating) and nobody expected Jean-Luc Picard to return for another voyage. But the very notion of a Patrick Stewart-led sequel series veritably set the internet ablaze, leading to this big-budget Amazon production which has already - rather unsurprisingly - been greenlit for a second season. Thankfully it is far from a disaster.


It's worth remembering that The Expanse started particularly slow and small, and has only gone from strength to strength; certainly, Picard, if handled right, could go the same

Two decades after Picard lost Commander Data, and he's living a quiet, retired life as a discarded legend, but is still haunted by memories of the loss of his friend, and nightmarish glimpses of impending doom. When a mysterious girl appears on his horizon, trained in advance combat with lightning-fast reflexes, and who shares a strange connection with him that he can't quite place, his portentous dreams appear to be suddenly quite relevant, inspiring him to get off the sidelines for one last adventure.

Released weekly, the wait from episode to episode is going to be rather painful in the age of binge-watching, and some may prefer to just wait until the whole 10-episode season completes in March to give it their full attention; whilst there's something elegant in the nostalgic idea of playing it out like the TNG seasons of old, 2020 is a different time, and this is a very different series, clearly structured as one continuous story and not episodic like before, leaving the very notion of weekly watching almost purposefully frustrating, and serving little service other than to fill an outdated time slot (for comparison, The Mandalorian did this far better - clearly telling an overarching story, but in a distinctly episodic fashion nonetheless).

Nonetheless, we at least have an idea of the quality of what to expect, with the opening season premiere - Remembrance - having dropped just before midnight on Thursday and hopefully now giving fans some reassurance that this revisit to old and legendary characters has been handled with care and respect.


It's informed by our current geopolitical landscape, but that was only to be expected - and Star Trek has been trading in topical tropes since the Original Series

The setup is clearly one of an Expanse-like murder/mystery investigation, albeit set within a far more expansive universe which will, hopefully, be peeled back layer by layer, season by season. So far, that's not that much to go on, but the hints are enough - playing out a continuation of both the events of the end of Nemesis (which was the start of Picard's warming to the Romulans and of course the death of Data) combined with the events unravelled in 2009's Star Trek movie (it's Prime-timeline destruction of Romulus) - and infusing those into a Dunkirk-esque backstory that has seen Picard turn his back on Starfleet. It's politically charged, and emotionally charged for Picard himself, and there's no doubt that it's informed by our current geopolitical landscape, but that was only to be expected - and Star Trek has been trading in topical tropes since the Original Series.

Stewart is, of course, the main draw, returning to the role with gusto, and seldom asked to go beyond his capabilities at 79, instead leaving those to an energetic Isa Briones, who whips up a storm as soon as her Bourne moment kicks in. With a superb budget and a glossy finish, it's everything you would expect post-Discovery, although that also means that there's perhaps a little bit too much freneticism. The trailer leaves us aware of who is to cameo, but the biggest reveal - as a possible hook - comes in the final shot, again giving this series good The Expanse vibes. It's worth remembering that The Expanse started particularly slow and small, and has only gone from strength to strength; certainly, Picard, if handled right, could go the same.