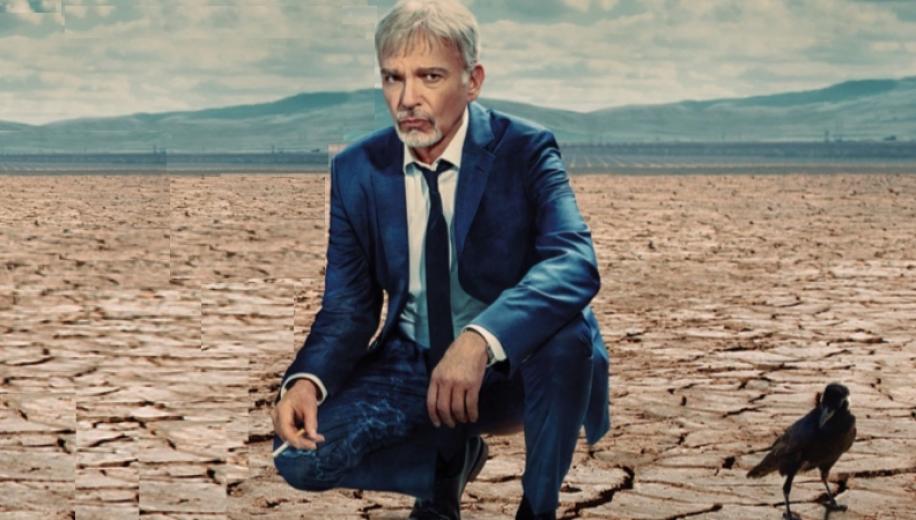 Season 1 of Goliath is absolutely unmissable TV. It was a surprisingly perfect vehicle for Billy Bob Thornton, who was his usual swearing, irascible self, only in a role where you could totally get behind him. Faced with some real corporate monsters, the ostensibly legal drama had much more interesting, colourful characters than you might have expected from it on paper, and was oftentimes thoroughly - and pleasantly - unpredictable. Season 2 dialled this up to 11, however, losing a lot of the fanbase in the process. There's compelling mystery and then there's eccentric oddity, and the second year's increasingly weird tale of political misbehaviour and psychotic drug kingpins could have been pure genius were it not for a wayward conclusion that was basically anything but.


This year, Goliath appears to have a better handle on its nightmarish oddities, serving them up with a veritable purpose

It's somewhat surprising to even see Goliath return for a third year, but thankfully David E. Kelley (Big Little Lies) doesn't squander the opportunity, crafting an interesting new tale - complete with its own distinctive flavour, and inimitable oddities - but also addressing some of the plentiful loose ends which plagued Season 2. Hell, it even finds a way to tie everything back to some of the game-changing events of Season 1, to give the series a much more cohesive whole that should ultimately prove very satisfying for long term fans. Sure, it's still very quirky, but that's almost become a defining feature of the show, and thankfully, this year doesn't completely fizzle out into a depressing bubble of doom like Season 2, even though there's plenty of ominous foreboding to go around as we journey to a land of voodoo-like Native American curses and psychedelics, corrupt corporate farmers and a Chinatown-esque level of water stealing.


For starters, Goliath Season 3 is easily the most visually stunning of the show's years, taking in the gorgeous vistas of California's Central Valley, and framing them superbly, with Amazon's UHD 4K HDR (yes, as usual, Amazon absolutely bury it so you have to search hard to find it) on fabulous form - not only exploring those detailed open plains, but also the red-hued 'smoking' rooms where the drugs are taken, offering up a few trippy psychedelic moments including one that almost crosses into Tron: Legacy territory, replete with some wondrous neon night lighting on the road.

And yes, things do get trippy, threatening to derail the show at several key points and bringing back flashbacks to the weird little nightmare hostage situation that Season 2 blindsided us with. But this year, Goliath appears to have a better handle on its nightmarish oddities, serving them up with a veritable purpose - one of which is superbly wielded in the strangest courtroom scene you might ever see - and building them into the mythology of the Native American bent.


An interesting new tale - complete with its own distinctive flavour, and inimitable oddities - but also addressing some of the plentiful loose ends which plagued Season 2

Of course, a game cast of colourful characters are vital to the tale - something a little bit lacking last year out - and the likes of Dennis Quaid, Beau Bridges, Graham Greene, and NYPD Blue's Amy Brenneman (recently in The Leftovers) more than rise to the challenge, whilst all the main players return (Tania Raymonde's Brittany gets treated with much more respect this time around), as well as a couple of nasty surprises from previous seasons. It's nice to see Ana de La Reguera's femme fatale hasn't been forgotten about, but Goliath Season 3 goes beyond that, mounting a veritable cabal of supervillains to oppose Billy Bob Thorton's doggedly determined Billy McBride, and clearly going out of its way to make up for any perceived past sins in the last season. Despite the relatively big ensemble supporting cast, the standout players are still Nina Arianda - whose violently outspoken fellow lawyer is painfully lovable, and who frequently comes surprisingly close to stealing the entire show - and of course Billy himself, who simply owns the role, sometimes feeling like he's dangerously close to just playing himself.

Goliath would likely prove an interesting project to embark upon back-to-back, sitting through all 24 episodes (8 apiece) in quick succession might tie everything together even more impressively, as this year there's a lot that throws back to arcs from before (including an entire theme of Billy being secretly drugged and barely functioning which parallels - and juxtaposes - his self-intoxication and similar barely functioning alcoholic behaviour in season 1). It's a very strong season, making good on the hope that they would turn things around and return to form, and almost every bit as unmissable as Season 1. Highly recommended.