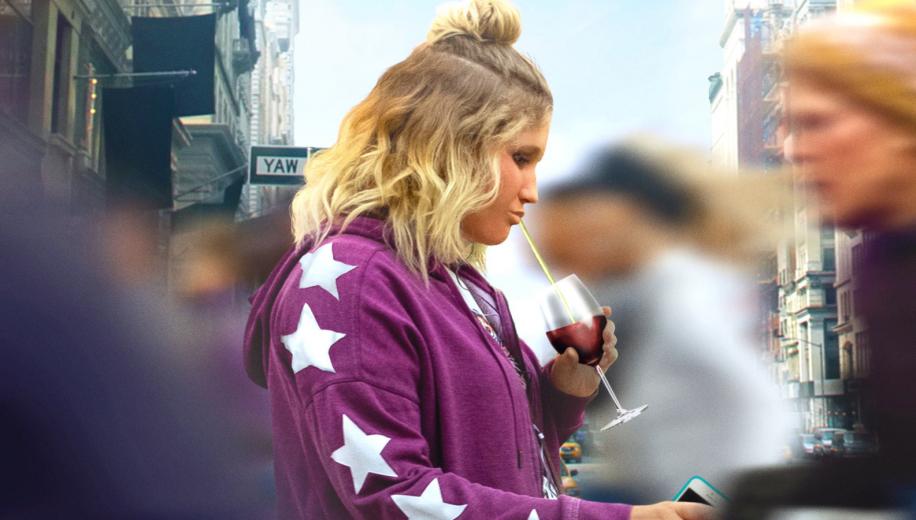 Still running behind Netflix not just in sheer volume, but more importantly in the number of standout gems, Amazon has a good thing going when it comes to surprisingly compelling true-story dramedies, and it doesn't hurt that this latest one is available in 4K.

Whilst Netflix clearly has the volume and, despite a majority of bad productions, still at least a monthly decent film to offer, Amazon offers considerably less in terms of original output, but does still drop a few gems - Manchester by the Sea, You Were Never Really Here, and The Lost City of Z - with a surprising strength in true stories, like Beautiful Boy, as well as those based on true stories but further infused with comedy, like Don't Worry, He Won't Get Far on Foot, The Big Sick, and Late Night. The 'dramedy' genre may have a bad name for itself, but Amazon seems determined to mainline in it nonetheless.

Brittany Runs a Marathon sounds terrible, but it is actually very well put together, with sharp writing and acerbic wit, often perfectly using the laughs to mask insecurity and even cause damage. Its tale of slow change, toxic social circles and unlikely friendship, as well as possibly even romance, is one which proudly - and painfully - earns every single one of its familiar plot structure beats, even throwing a few curveballs into the twisty path to redemption, leaving you in doubt as to whether it will even end up being an accurate title for the film.


Brittany Runs a Marathon sounds terrible, but it is actually very well put together

Brittany is a hard partier, caught up in a friendship circle with a group of women who live their lives via social media, perpetually late to her dead-end job, and surprisingly shocked to find out that she's overweight and - much more importantly - unhealthy. Reluctantly taking up running, she soon finds herself an unlikely addition to a running group, and then casts her eye on the New York Marathon - a goal which requires such hard training that it may well change her whole life. As long as, that is, it's not just masking much greater emotional baggage within.


Written and directed by 34 year old playwright Paul Downs Colaizzo. Brittany Runs a Marathon is a great little directorial debut, relying heavily on the skills of comedian Jillian Bell, who rises to the challenge (notwithstanding some only moderately effective fat prosthetics) of playing this lonely young New Yorker who isn't yet prepared to admit that she's lonely. "YouTuber" Alice Lee appears perfectly cast as her best friend and roommate: a vacuous, soulless horror show of a human being, who shatters Brittany's dreams at every step with mean-spirited mockery, with Brittany already a walking porcupine, ready to open fire on anybody who gets close to her - no matter how ostensibly well-meaning - and unable to see how soul-destroying her friends are. Michaela Watkins and Micah Stock play her running mates, desperate to crack her hardened shell, encased with a further layer of impenetrable sarcasm, and Utkarsh Ambudkar is refreshingly different as the guy she ends up inadvertently sharing a flat with.


Although, on the face of, the broad genre beats are largely ticked, to simply write this off as another dramedy would be doing it a great disservice

Although, on the face of, the broad genre beats are largely ticked, to simply write this off as another dramedy would be doing it a great disservice. There's something refreshingly honest in this character, her goals, her falls, her very human temptations, her interactions with friends and strangers, her embarrassed reliance on humour, and her underlying insecurities which have informed every corner of her life thus far. You feel for her on this journey, in spite of the fact that she openly rebels against the notion of others pitying her, and - not wholly unlike with Eddie Murphy's committed character in Dolemite - you want her to make it to the end of this long journey, no matter how impossible it frequently seems.