Alvin and the Chipmunks Movie Review 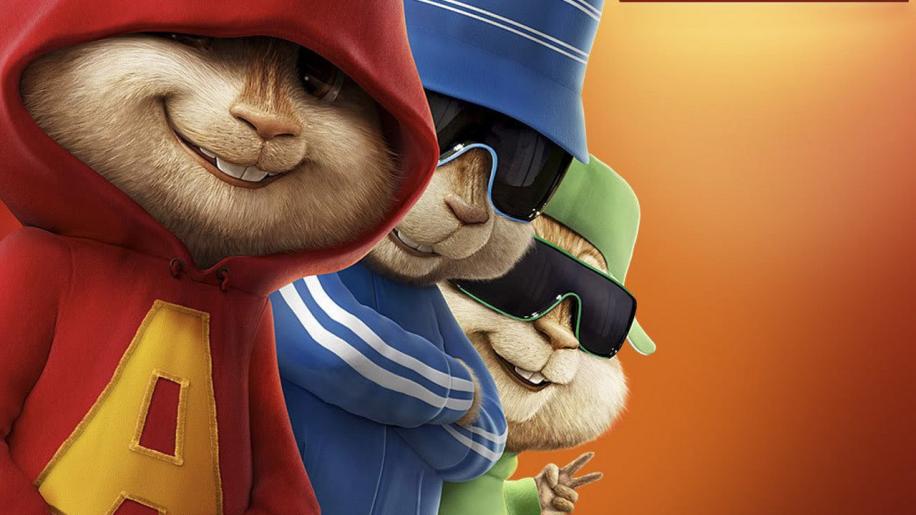 I love chipmunks. I have had the pleasure of watching the little critters running around when I used to live and work in the US. They were lovely little animals, cute, and somehow one of the most personality ridden little rodents I have ever come across. However, if a trio of them moved into my house, took over the place, and lay around all day laughing at each other as they broke wind, I would probably feel the need to blow their heads off with a shotgun. Thus I can happily report, after viewing this film, that real-life chipmunks are still high on my list of affections. If I ever meet a CGI chipmunk, however, well - let's just say that the aforementioned gun is locked and loaded.


Astonishingly, though, the general cinema going public seem not to have agreed with me. Taking a quite frankly astonishing $359,558,974 worldwide since release in the cinemas there is obviously as much of a market for the gross out comedy in the child market as there is in the adult one, sadly. You certainly could not imagine the likes of Pixar ever sinking as low as this.


The plot really is a humdinger - Dave Seville (Jason Lee) is a songwriter struggling to make his way in the world of music, living a hand to mouth existence. However, in a completely normal every day kind of development - one day he takes in three talking chipmunks as roommates. Alvin, Simon, and Theodore (Justin Long, Jesse McCartney, and Matthew Gray Gubler). In an absolutely unforeseen and brilliantly inventive plot twist, these three chipmunks are actually amazingly talented singers just waiting to be discovered. So their voices, coupled with Seville's song writing, leads to one of the most productive partnerships since Lennon / McCartney.


But wait - clever though that plot is, the writers have managed to come up with something even more original! Yes! There is a villain, hell bent on taking over the group and raking off the profits. This is unscrupulous record producer Ian (David Cross) and he has to be outwitted by the time the credits come up? Do our little furry heroes triumph? Does a chipmunk use the woods as a commode?


But, of course, it is really easy for a forty year old reviewer to spout such cynical prose about a child's movie. Much as I would like to claim I still remember my youth - I really do need to defer to another member of the family for this. I thus borrowed my six year old niece for the showing.


Now, of course in a film like this which centres on CGI characters interacting with real human actors - you really do need someone with real charisma and acting talent to pull it off. Not CGI, admittedly, but Bob Hoskins set the bar pretty high in the classic Who Framed Roger Rabbit and since cell animation passed into the digital world many humans have tried to act alongside computer generated co-stars with varying degrees of success. Therefore, even more than in a normal movie, a lot is demanded of Lee in the acting stakes.


Surprisingly, he actually does a rather good job. He seems to have a personality that is usually described as “winning” and my niece thought he was lovely, whereas he managed to get through the ninety minutes without annoying me too much as well. He does tend to go over the top at times, putting rather too much volume into his delivery - but I suppose if you are playing off large furry rodents then you may find this a necessity.


The other human characters, unfortunately, have such small roles that the word “cameo” would be generous. Cameron Richardson plays Seville's girlfriend and is criminally underused, whereas even the aforementioned villain is under utilized.


So, we are left with a film that stands or falls on the three animated critters, and however talented the voice actors are (and they do a good job) - the horrible sped up voices just felt like someone scraping a nail down a blackboard to me. I just hated them.


So, there you have it. I hated it, my niece loved it. That a film is aimed at children, I do not have a problem with. But Pixar, and even Disney, have managed to show that it is not necessary for a child's film to be just so cynically put together. Is it too much to expect a little bit of originality? A little bit of cleverness? To me, the only aim of this film seems to be to thrust various items of overpriced merchandise into children's faces.


However, if you are a parent and have a need to justify that expensive Blu ray player sitting in your living room, then you may feel that 90 minutes of keeping the children quiet is worth a purchase. And you will probably be right. Just do not expect it to be a film that you can all sit down and watch together. Or if you do, just make sure there is no gun nearby, or that expensive HD telly might just end up an expensive pile of glass and electronics.