Just get to the next screen 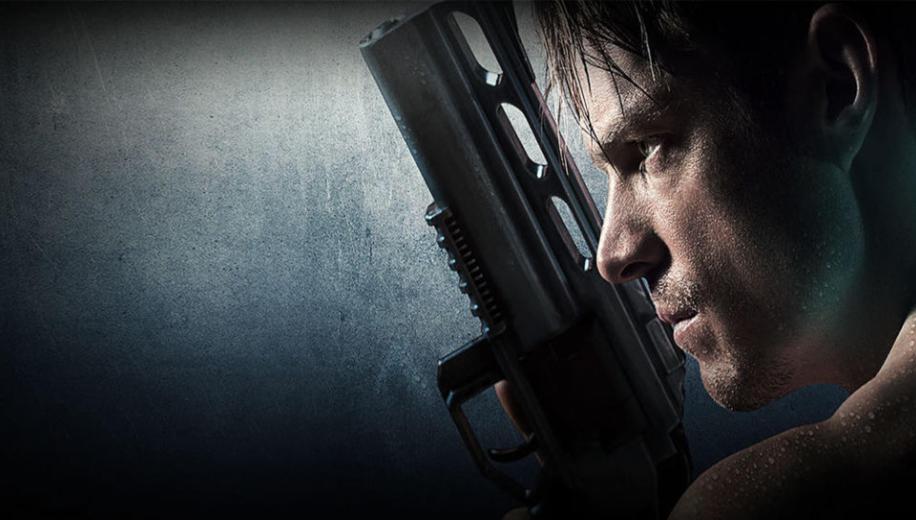 Over the last few years, the sci-fi genre has seen a tremendous resurgence, both on the small and big screens, with Cruise championing originals like Oblivion and Edge of Tomorrow for the masses, Villeneuve perfecting his own Arrival and Blade Runner 2049, Nolan journeying into dreams and into other universes with Inception and Interstellar and now Netflix getting in on the action. In the last few years the streaming giant has bought numerous sci-fi shows, including the impressive Discovery, and its latest big budget original programming comes in the form of an adaptation of the acclaimed cyberpunk novel, Altered Carbon, the first in a trilogy of novels by sci-fi author Richard Morgan.
The most important concept in Morgan's intricate futurescape is the idea of 'stacks' - namely that everybody carries a digital disc at the base of their brain which can be placed in any body, enabling the dead to come back to life, and people to be 'resleeved' in better, tougher and enhanced bodies. The protagonist in these tales is a veteran at being resleeved - Takeshi Kovacs - the last of a once-fabled group of super-soldiers called Envoys, who led a failed uprising centuries back against the totalitarian 'Protectorate', and who, after 250 years on ice, is brought back to Earth and the real world by wealthy playboy Lawrence Bancroft to investigate the murder of Bancroft himself.

Trading in rampant future noir vibes, Altered Carbon will suffer for those who compare it too much to Blade Runner (particularly the 2049 sequel), despite the fact that it's those same fans who will come flocking to see more decent hard sci-fi brought to their screens. Despite the genetic similarities between the two - there are only so many ways that a futurescape can be painted, and Altered Carbon trades in shades of everything from the Blade Runner to Ghost in the Shell to Star Wars old and new when it comes to bringing its skytower, police hover cruisers, enhanced weaponry and imaginative tech to life. But those familiar with the source novel will know that it's only staying true to the written word, bringing the cortical stacks, sleeves, flechette gun, nemex gun, Meths, RDs, uprising, neura-chem, and total immersion to life like readers had only imagined up until now.

So go into Altered Carbon with jettisoned preconceptions and you're find instead a heavily entrenched classic noir narrative - essentially a wise-cracking private detective unwittingly embroiled in a complex mystery involving wealthy patrons, interfering cops, damsels in distress, femme fatales and a murder that everybody wants covered up - dressed up wonderfully in the new garb of a stunningly realised cyberpunk futurescape.

Joel Kinnaman (Suicide Squad, House of Cards) plays the recently re-sleeved Kovacs (although previous sleeves are played by the likes of Byron Mann, Will Yun Lee and Leonard Nam), who soon finds that there is far more beneath the surface of the otherwise presumed suicide of James Purefoy's (Rome) decadent and seemingly immortal Lawrence Bancroft, negotiating the enhanced-sex wiles of Bancroft's bored wife Kristin Lehman (The Killing), the aggressive intrusion of local law enforcement in the form of Martha Higareda's Detective Kristin Ortega (who gets a significant character expansion - even taking in a futuristic version of Dia de los Muertos), and the memories of both his idol, revolutionary leader Quellcrist Falconer (Renee Elise Goldsberry) and his sister, played by Dichen Lachman (Agents of SHIELD, Supergirl), in both visions and flashbacks. And that's just for starters.

The world-building is at times overwhelming, and will be particularly intimidating for those not familiar with the book, but Netflix don't hold back in the production costs, bringing the fantastic environments to life with stunning realisation - the cloud-bursting sky-towers, the brutal fight dome, the sleazy bars, the AI-run hotel (whose owner is cleverly developed way beyond the written page), and the hover cars patrolling the nights. Nudity is rife, weapons are devastating, and the fight scenes are inventive - especially with the visual enhancement that Neura-chem offers - as well as brutal and unrelenting (and the Praetorians are brought to life like something out of a horror movie). There are some terrifically memorable moments well into the show, including a virtual torture sequence that's pretty unforgiving, and a tense elevator assault, and as the series crescendoes to its close over the last few episodes, the ante is increasingly upped until you're utterly gripped. If you've just finished (re-)watching the excellent sequel Blade Runner 2049, and fancy a little more R-rated future noir, then you've come to the right place.


A binge-watch is certainly the way to go

Given the room to breathe over ten whole hours, there is a small amount of padding, but given that the original source novel's CD audiobook ran at that kind of length already, this is clearly a far better fit than the movie adaptation that many fans have been hoping would materialise over the last 15 years. However, conversely, the downside of a single-book adaptation over a series is that, ultimately, you're better off enjoying this in one sitting - it doesn't always work as 'episodes' and a binge-watch is certainly the way to go. Altered Carbon is far more satisfying as a whole than as a set of individual parts. As Falconer repeatedly reminds us, Just Get to the Next Screen.