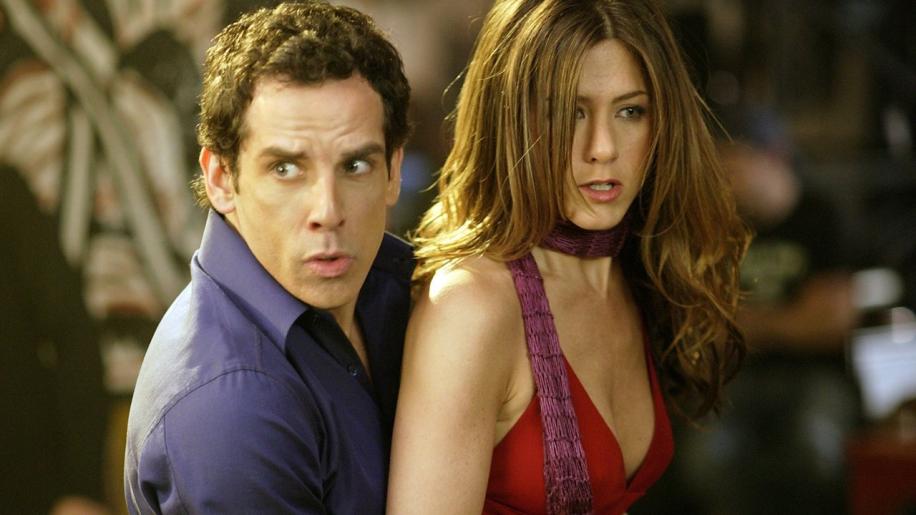 Like most Hollywood romantic comedies “Along Came Polly,” is far from original in terms of plot. Nice, trustworthy and boring insurance man Reuben Feffer (Ben Stiller) is getting married to his long term partner of 4 years. On the first day of their honey moon his new wife ends up having sex with the local French Scuba teacher, and Reuben sees it all. He returns home depressed and just when he doesn't expect it he bumps into Polly (Jennifer Aniston) at a party. Polly is a free spirit who will not commit to anything and is eccentric in the extreme (this is because she has a messy flat and a pet ferret, Hollywood eh?). Just when his new relationship starts to go somewhere, Reuben's wife returns to beg for him back, and he now has to decide what he really wants. To help add comic relief are an Australian businessman who needs insurance but likes to base jump and swim with Great White sharks, and Reuben's best friend (Phillip Seymour Hoffman) as the failed child actor who still lives on his one movie stardom.

Ben Stiller seems to be stuck in Romantic Comedy hell at the moment, and it is starting to show in his performances. Stiller can be very funny but in this outing he seems to be lost in the boredom, Aniston appears to have also just turned up for the pay check. The script is lame and I didn't once find myself laughing out loud, a small smile is all I could manage at the rather poor toilet humour. Hoffman on the other hand is brilliant and captures the sad lonely acting wannabe, a man who had one hit film when he was young and has done nothing since. The rest of the cast are underused and forgettable and the main characters are underdeveloped and you just don't care what happens to them. “Along came Polly,” is sadly a play it by numbers, unfunny Romantic Comedy. If you must see this I recommend a rental.