Alone Across the Pacific Movie Review 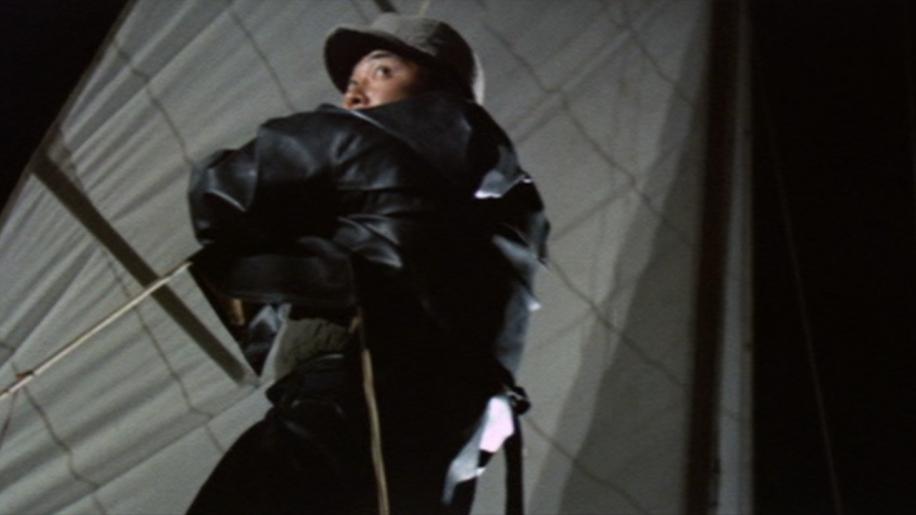 Alone Across the Pacific Movie (1963)

Another month brings with it another fine DVD from the Masters of Cinema range. You'd be forgiven if the name Kon Ichikawa was not one you were immediately familiar with. Japan has given the world of cinema several luminaries, but for every Kurosawa or Kitano that receives celebration in the West, there are numerous that fall below the radar of even those considering themselves well rounded cinephiles. The truth is that arguably Japan's best films have been ignored as they fall in between the bookends of Western public consciousness that are comprised of period Samurai tales from the Kurosawa era and the modern genre of ultra violence best illustrated by the works of Takashi Miike. Perhaps those with a keen interest in Takeshi Kitano might follow on to seek out the earlier Yakuza pieces but anything that lacks a certain visceral punch is often harder to market and thus more difficult to find - it is amongst these titles that the multiple works of Kon Ichikawa have seemingly been categorised.

The director had a track record of covering just about any topic that took his interest. He delved into the world of feudal Japanese culture but never wallowed there, instead flitting between subjects in a manner that is rarely seen. All the while, a thread can be drawn throughout his works. The most consistent and visible of these would surely have to be the screenwriter with whom he had collaborated many times in a career that spanned over sixty years - Natto Wada, who also happened to be his wife. One cannot help but enjoy the works of intricate human emotion they sculpted between them, of which this is one.

Alone Across the Pacific tells the true story of Kenichi Horie (Yujiro Ishihura), a young Japanese man who is somewhat at odds with life. He spends all his time saving his money to put towards the building of a yacht in which he hopes to cross the Pacific (and in doing so, he would become the first Japanese man to accomplish this). It may seem an unusual choice for a 90 minute film given that this solo journey could inevitably leave the story rather devoid of dialogue and too lonesome in its outlook. However, the clever use of flashbacks, sporadically littered throughout the narrative that focus on Kenichi's preparations and the fallout of his decisions with regards his friends and family, helps to keep an element of grounding to the proceedings. It may seem at times peripheral to our protagonists central battle against the elements (indeed, another title by which the film goes is My Enemy, the Sea) but it performs two very important functions for the audience. Firstly, it gives us a much needed insight into Kenichi's character and what drives him. A traditional timeline structure would have seen the journey across the ocean start well into the ninety odd minute run time of the film. By layering the elements of the story into an almost tiered system, the viewer is allowed to join the story as our lead steps aboard a boat, directly after the opening credits. This pushed the film forward right from the start. The flashbacks are arranged so as to allow us the impression that not only are these for our benefit but they are also perhaps the character's thoughts - in times of quiet perhaps, these are his dreams and in times of rough seas and troubled waters a scene is brought to mind of calmer days when this moment in the centre of a typhoon was instead the daydream. The second reason that the flashbacks are needed is purely with regards to pacing and is no less key to the fine fluid motion of the story. Were we to spend the first half hour or so on dry land with continual dialogue and the remaining hour or so drifting on Kenichi's boat with him, the effect on the audience, though perhaps a reflection of the man's state of mind, would have become wearying. The constant monotony of the sea is said to have this effect on sailors but a paying public looking for entertainment might not wish for the same state when settling down to watch a film. Thus, what might seem to start with a mere distraction, proves itself to be a technique used by Ichikawa for all the right reasons and highlights the directors eye for pacing a narrative to maintain momentum, even if it means pulling away from the action momentarily to accomplish this. It creates an ebb and flow to the story that is akin to the oceans tide, the balance is key and pleasingly equilibrium is always kept. The film sways like the yacht but never keels over.

From the opening to the ending, our hero faces many obstacles in his way. Through the aforementioned flashbacks we realise the extent to which his family and friends opposed the expedition. One must remember that in a world without satellite phones and GPS such a journey was fraught with dangers. This is only compounded once we glimpse the wannabe sailor's preparations. Not one to do things by the book, he decides to build his vessel without an engine and without lights. His wilfulness can be attributed to either a stubborn disposition or that of a dreamer with clear goals depending on which way you view his characterisation. However, like with all such adventurers, whether their achievements are great or small, a certain degree of bullheadedness is required to push forward with such foolhardy or brave dreams.

It is worth noting the setting and timing of this film as well. Given that the voyage only happened in the previous year, the fact that the film was so quickly made is a marvel. It is entirely appropriate that it was not left to languish in limbo as it is very much a story of the times and of the initial setting. Post war Japan was a country still dogged by its past and a belief system that was starting to jar with the younger generation. Kenichi Horie isn't exactly his country's answer to Johnny Strabler from The Wild One but in his own way he represents just as seismic a shift in ambition and attitude. He refuses to succumb to a life the rest of society ascribes to, preferring to chase an elusive need - something that remains almost unjustifiable simply because the act itself is relatively pointless to those spectating.

For a film made in a 2.35:1 aspect ratio it is pleasing to see that the usual avante garde framing of shots is still present. I had fully expected the lens to be used in a manner that filled it to the brim with oceanic scenery. What I found was a wide frame that somehow manages to not only give us this sense of scope (no pun intended) when the sun shines over the horizon but also instil feelings of claustrophobia during our hero's moments of sanctuary from a storm within his tiny cabin. Light sources are a recurring theme as is, quite understandably, water. All weather is brought to life in a manner that I have not seen quite as believable for cinema of the period and shot in such an intelligent manner that I hardly feel I can do it justice. The myriad of minor points could be discussed ad infinitum, from the rain, fog, clear skies and the water drained from Kenichi's bath at the end of his journey, one is given the impression that all have been thought about and contain significance.

This is a story of escape. A man wants to travel from a land he considers full of rules and achieve something on his own. He appears a slacker when we meet him but develops by simply being tested. There is no quitting when put in a contest of wills with the forces of nature and Kenichi must draw on all his reserves to keep going because anything less would effectively be suicide. The growth of his character is subtle but still apparent. If anything, it takes the arrival in another foreign land to awaken him from this journey and put him back into a world where such spiritual progression isn't what everyday life consists of. We are not given adequate time after his journey to see whether such momentum of change is maintained, however, the sea is where his story should rightly remain. He found a sense of responsibility and spirit perhaps he was always looking for, but simply on his own terms. This is as much a treaty on positive rebellion as it is about following ones dreams. On both counts it is spiritual, optimistic and wonderfully realised in such a manner as to fill the audience, who accompany Kenichi, with an uplifting message about the human condition. This can frankly stand shoulder to shoulder with the musings on the natural world's coexistence alongside humanity and the space in between, of Roeg and Mallick. In Kenichi's words “People say it's a small world, but I can feel the true immensity of nature”. A narrative with soul - something which can be difficult to find in any medium.