All the Money in the World Blu-ray Review 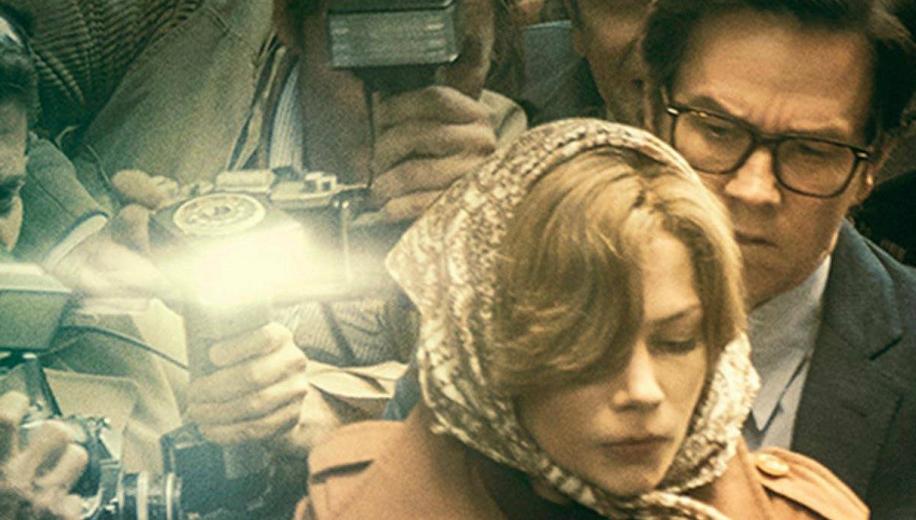 All the Money in the World certainly proves that anybody is expendable, but the bloated drama hardly puts Scott back in the game after Covenant.

Notorious now for being the movie where, following the Kevin Spacey allegations, they spent $10 million reshooting and CG'ing replacement Christopher Plummer into the role to wipe even the slightest hint of Spacey from the film, All the Money in the World thankfully is more than just a press headline. Ironically, in fact, the reason for this is largely thanks to Plummer, who provides a fabulously nuanced performance as the infamous J. Paul Getty - the richest man in the history of the world - who stubbornly refuses to pay the ransom for his kidnapped grandson. It's a simple tale, and one Scott spares no expense on, but he doesn't really know what to do with the story (it's not wholly surprising that Danny Boyle has elected to turn the very same expansive story into a 10 episode TV series with Donald Sutherland as Getty) and flounders helplessly as his cast try their best to bring focus where there simply is none.
Scott's a highly skilled director, and he brings his skills to bear in a stylish side-project not wholly unlike the far more compelling - but arguably just as flawed - The Counselor. Unfortunately, despite the interesting premise, which could have spun off in different directions, Scott doesn't know quite what to do with the temporally sprawling material, landing instead in the quagmire of a bloated and repetitive middle act barely redeemed by the finale. Thankfully Michelle Williams is on top form, Mark Wahlberg offers solid support whilst failing to steal the limelight and earn his top billing, and Christopher Plummer reigns supreme. It's hard to think how this film could be better with another actor instead of him, and indeed some judicious editing could have better shifted the focus to him and turned this from the taut thriller it fails at being anyway into a more complex character study that would have stood out in the crowd.

Sony's UK Blu-ray release of All the Money in the World affords the new release a lavish 1080p/AVC-encoded High Definition video presentation framed in the movie's original theatrical aspect ratio of 2.4:1 widescreen. Whatever reservations you might have about Scott's latest efforts as a director, he never disappoints when it comes to making his films look impressive, and even this comparatively small-scale feature looks the part.

Detail is excellent, lapping up the skin textures - Plummer suffers the worst in this regard - and lavish interiors, whilst it's the exterior settings and setpieces that are designed to really impress: the impossibly tall business tower; the practically Royal mansion in the English countryside; the world's largest oil tanker and the stunning steam train pulling up in the middle of the desert. Scott somehow even manages to make the Colosseum look larger than life, with his cast perfectly attired and coiffured. There's only one glaring instance of CG'ing Plummer onto Spacey's body in the desert, and given the time constraints in getting the finished product up to scratch in time for its imminent release, the results are still impressive.

As you would only expect from a Scott movie, the film is heavily graded, with scenes awash with warm browns or cool blues, and always benefitting from a rich and suitably filmic texture which belies the film's digital capture. Black levels are deep and strong and it's an easy demo mix, teetering on the brink of reference perfection.

A tremendously immersive and atmospheric offering.

The accompanying DTS-HD Master Audio 5.1 track is also a tremendously immersive and atmospheric offering, boasting an at times excellent score (and, at times, repetitive), as well as some fine effects work that dings around the surrounds and crafts a hearty environmental ambience. Dialogue remains firmly prioritised across the fronts and centre channels, delivered with clarity and coherence throughout, whilst bustling traffic noises, cracking gunshots, chugging steam trains or building-sized tankers ignite the soundstage and bring the effects coverage right into your very living room. It may well be, to many, just a paltry 5.1 mix, but it's nonetheless one of the best of its kind.

A slim but reasonable selection of extra features.

Hardly packed with extra features, Sony's UK Blu-ray release of All the Money in the World is identical to its US disc, affording a slim but reasonable selection of extra features including a trio of short Featurettes running at 5-10 minutes in length, Ridley Scott: Crafting a Historical Thriller; Hostages to Fortune: The Cast and the shortest and most interesting of the three - Reshot, Recast, Reclaimed, which takes an all-too brief look at the work done to replace Kevin Spacey with Christopher Plummer. There's also a selection of Deleted Scenes totalling just under 7 minutes of further footage and rounding out the package.

Scott could have done with actually editing his movie, rather than just editing Spacey out of it.

As much as it's hard to deny the fact that Christopher Plummer likely makes this movie, Scott could have arguably done with investing the extra time and effort in actually editing his movie, rather than just editing Spacey out of it. Nonetheless, even though it's bloated and repetitive, particularly in the middle act, it's actually a perfectly watchable drama that is certainly at its best when Plummer's Getty is in focus.

Sony's Blu-ray release affords the lavish production excellent video and audio and a handful of extras, leaving it a recommended purchase for fans of the film.