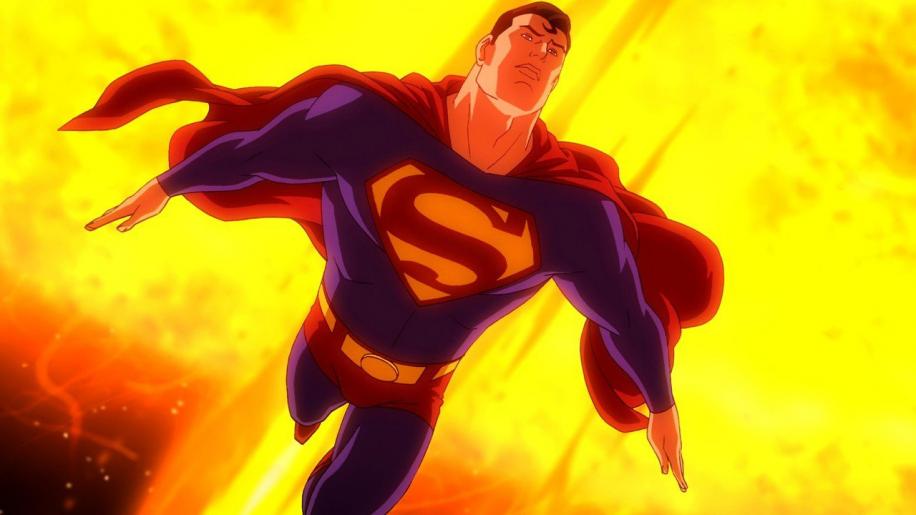 What would you do if you found out you did not have long to live? Take that dream vacation? Visit Fiji? Go gambling in Vegas? Hopefully spend your last few days with your loved ones, or at least reach out and touch those that you may have lost contact with. It’s a horrible thought, and, in reality, many of us won’t have the luxury of knowing in advance; being able to plan what to do to make the most of what little time you have left. That said, thankfully, a large percentage of us will never be faced with that premature death – with life expectancy at an all-time high, hopefully, many of us will lead full and fruitful lives.

Out of all of the comic book characters I have ever been interested in, Superman has always proved the most difficult to realise in an interesting fashion. Once you’ve seen him battle one Kryptonite-wielding opponent, you kind of know what to expect by any of the confrontations. And how many times is he outwitted? For a ‘man of steel’, he’s pretty damn dense on the mental front – I guess it’s the only way to show an invincible alien from outer space as being in the slightest bit vulnerable. But they really have milked Kryptonite for all it’s worth; every single flavour has been used, and it’s not like it’s all that plausible in the first place that Superman once lived on a planet made of the stuff. Arguably one of the greatest Superman sagas has been “The Death of Superman”, but, even then, his rebirth was just around the corner – even his greatest physical opponent couldn’t keep the all-American hero down for too long. So it’s a testament to the ‘All-Star’ series – which saw Batman ‘rebooted’ by Frank "Sin City" Miller as a cross between Dirty Harry and Lethal Weapon’s Riggs, and partnered him with a street-smart, wise-cracking Robin who, for once, didn’t appear to have his sexuality in question – that they managed to do a similarly excellent job on All-Star Superman, and finally provide the comic book superhero’s fans with something rather different. A dying Superman.

“Did you ever think it would end like this?”

With man’s first space expedition to the sun in jeopardy, Superman rushes to the rescue, only to get a little bit too close to the very source of his own energy – absorbing a lethal dose of the sun’s radiation and having to face up to the consequences afterwards: he’s dying. His cells have taken in too much energy and are exploding from the inside out. On the plus side, he’s more powerful than ever and, since he’s going to go out with a bang, quite literally, he figures to put his affairs in order and finally do some of the things he’s never dared do before. Whether it’s telling the love of his life, Lois, the truth about his true identity, or taking her on a trip to the moon; arm-wrestling a couple fo fellow superheroes – at the same time, or confronting arch-nemesis Lex Luthor; making that last phone call to his mother or saving the world one final time; Superman wants to do it all, before it’s too late.

Grant Morrison’s original story really was a remarkable endeavour – breaking the Man of Steel down into a very, well, human individual, with natural wishes to make things right before his time on the planet ends. It was quite a heartbreaking affair, which is almost unheard of in the realm of Superman. The only other tale which came close was the aforementioned The Death of Superman, which pitted Kal-El against the beast Doomsday, and saw the world mourn over his loss. Unfortunately the DCU-Animated release (entitled Superman: Doomsday) stripped much of the tragedy out of the tale, speeding through the comic’s epic narrative and arriving at the ‘happy’ conclusion all too quickly. It wasn’t like Superman was dead, it was like he was just sleeping, and they had to wait a few minutes for him to wake up. Given that the DCU-Animated projects have almost all followed that same formula – attempting to deliver the majority of the story, side-plots and all, within a ludicrously short runtime – and have suffered as a result (the excellent graphic novel crossover series Superman/Batman had its first two entries: Public Enemies and Supergirl – retitled Apocalypse – rendered with mixed-bag results, the second faring better, but only thanks to the presence of Batman and the new character of Kara), it’s good news to find that the producers behind All-Star Superman have chosen not to try and cram everything from the two mammoth volumes of the saga into just one 76-minute animated tale, and instead cut out huge swathes of largely unnecessary material and unimportant side-characters, in favour of the many story and the general sentiment of the tale. It’s a clever move, and it’s the reason why this new release marks the first movie with Superman in it which actually competes with a Batman equivalent (the excellent Batman: Under the Red Hood).

This is actually quite smart writing on offer here as well, with almost all of the characters playing against type – brought to life here as the same personalities you know and love, but with twists to all of them. Superman is justifiably humble, for once, his increasingly superpowers (and looming expiry date) making him a truly unstoppable force, but leaving him remarkably contemplative for such a normally act-first, think-later kind of guy. Under his alter-ego of Clark Kent, who still bumbles around the Daily Planet despite the death sentence, he manages to get an interview with Lex Luthor (played with gusto by Anthony LaPaglia), who is finally on death row for all of the crimes that he has committed. And Luthor is so blind with joy that he has finally taken down The Man of Steel, that he can’t see through the simple guise of being a hapless reporter. And Lois? Well she may be just as strong-willed as you would expect her to be, but she normally melts at the very sight of Superman, so it’s nice that this particular incarnation of Lois take things remarkably in her stride with the big revelations that she has to deal with (all those Mad Men fans out there may remember the voice of Christian Hendricks in the role). Despite all the nice little changes made to much-loved characters, the only thing I still can’t figure out is Jimmy Olsen – why exactly is he wearing a dress? Was that supposed to be funny?!

The animation is also slightly better than on some of the other DCU Animated releases, the characters taking on a more angular edge reminiscent of Peter Chung’s work on projects like Aeon Flux and the Animatrix. Although still overtly Westernised, this interpretation of the graphic novel’s artwork is pretty spot-on, and works better than many of the other animated Superman creations I’ve seen.

I’m not saying that this is a perfect piece of work by any means – Superman’s super-buddies are very irritating, to say the least; Luthor’s Machiavellian machinations at the beginning can throw you a little bit; and, despite the superb editing that they have done, there is still quite a lot of ground to cover in a stupidly short runtime (why can’t they even push the boat out to ninety minutes?). But, all in all, it’s a superior effort, particularly alongside other DCU-Animated releases. I did enjoy Superman/Batman Apocalypse, but for different reasons, and All-Star is definitely a massive step up from the awful earlier adaptation, Doomsday.

At the end of the day very few superhero adventures – whether in comic-book form, or animated – will persuade you to love a character that you’ve already chosen to dismiss. Once you’ve decided that they are not the superhero for you, it’s an uphill struggle trying to change your mind. But there are a few exceptions to the rule, and – for me – All-Star Superman is one of them. Rather than run with all the clichés of kryptonite attacks or seemingly unstoppable super-powered villains, this story gives you something very different, turning all the franchise trademarks on their head and forcing the red-and-blue all-American superhero to face up to something that he has never faced before: the fact that he is dying. Never has this legend been as vulnerable as here, nor as accessible. Hell, he even has to use his brain, arguably for the first time. It’s worth seeing just for that. Recommended.