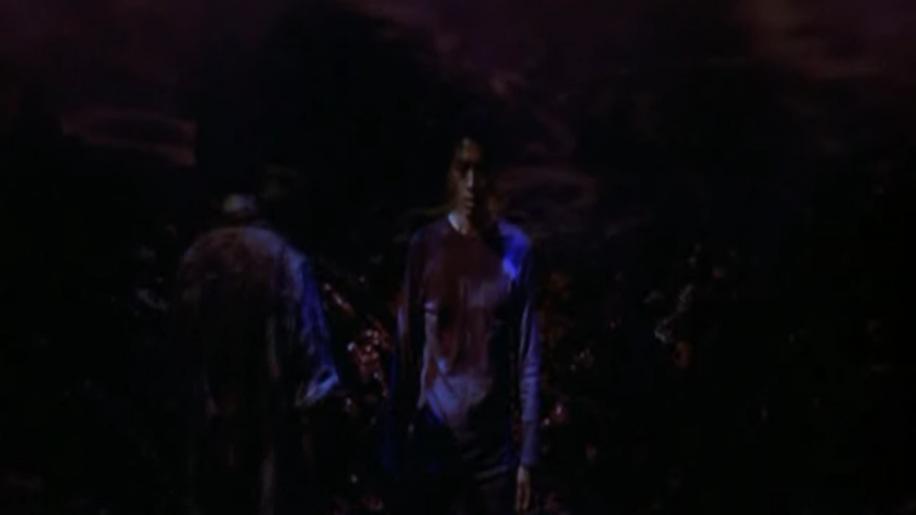 What you can see of the picture is okay. However, strong lighting combined with a mostly black monochromatic set make details hard to spot. Sometimes the whole screen is CGI'd which, to me at least, makes my eyes feel tired after a while. There isn't any dirt or marks that I could see, though, and the print is free from artefacts. Much better than the picture, but there is a strange caveat. I had to watch the movie through twice - once in English and once in Japanese. Now, I don't have a problem with dubbing, if it is done well. Alive, though the voices are a little strange, had a better surround mix in the dubbed track than the original Japanese one. There is more rear speaker reflections and the soundstage depth is far superior. So, you must make a choice: Go for the superior dubbed track, or the better acted Japanese one. The commentary is all in Japanese and the subtitles didn't work. So, if you are either Japanese, or know the language, then all well and good. Otherwise avoid. The Making of... is actually the best part of this whole DVD package. The director and crew all seemed very enthusiastic about Alive (which is based on a manga comic, apparently) as “...[they] don't often get the chance to work on a Japanese Sci-Fi movie.” Design intent is discussed regarding the Hell portions of the movie, as is the main holding cell. The cast interviews are as you would expect and are fairly distracting offering some information not in the Making of.... As the movie is so mediocre, though, both Making of... and interviews are stymied and rendered a bit stale. I was looking forward to this one, expecting a mad wildly different take on a well worn convention of trapping two people together. As it is, Alive is plain beyond reason and if it were an American movie it may well have stared Billy Blanks or Van Damme. Oh dear.