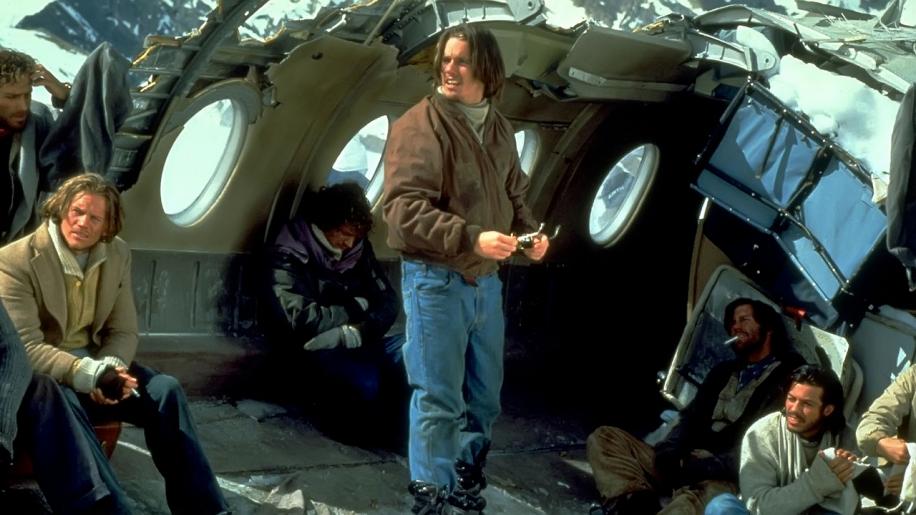 Alive is a prison movie on a budget. We see Tenshu Yashiro (Hideo Sakaki), an inmate, sent to the electric chair for a series of murders connected with his girlfriend's rape. After the electricity has flowed, though, he is still alive. A disembodied voice tells Tenshu that he is dead, for all intents and purposes. He can either go back to the juicy seat for a more wholesome dose, or take part in an experiment. He chooses the latter and is placed in an underground holding cell, about the size of a basketball court - with another inmate. They are told that they can have anything they like, save obvious things like drugs, weapons and women. It transpires that the organisers of this experiment are trying to get these inmates riled to bloodthirsty levels because... well, that would be telling.There are some folk who watch foreign movies, not because they are good, but simply because they aren't Hollywood derivative bulk moviemaking and present a different style of movie experience. It is ironic, then, that this Japanese movie is more Hollywood than a lot of recent American efforts. For a start the whole thing is dripping in that overly smooth fog of CGI pixels that, though it looks real enough, you just know isn't. The acting is good to start with but degenerates as the story becomes more fantastical, the cinematography is mundane, the fight sequences predictably wire-centric. In fact the only good bit about the whole movie is the “behind the scenes” bits where the scientists talk of their goals, but even this becomes decidedly clichéd after the reason for the experiment becomes clear.

What this does remind me of is the computer and video game market. Quite often you will hear people say some thing like “Final fantasy (choose one of the five hundred available) has a really good adult story”, or “Metal Gear Solid is like a movie script and is so good!”. Well, no they aren't. You can count on the fingers of one hand that has come off second best to an industrial lathe accident good video game plots. Mainly, though, they are formulaic, by the numbers, boring, often with all too predictable narratives that can't hold a candle to average movies, let alone a half decent book... and I like video games! Think of “end of level bosses” and “area names” and “badly represented back story” and you are half way to understanding Alive. It isn't that the film is executed particularly badly, or that the acting is stiff. It is just so mundane. You can feel yourself getting older as you watch Alive thinking “surely there must be something better to do?”.